An Interview with Lisa Harkrader

An Interview with Lisa Harkrader 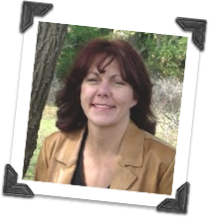 Please remind us a little bit about your writing background.

When I was in the third grade, I decided I wanted to be a writer and an artist. I also wanted to be a spy, a psychiatrist, and second baseman for the Royals.

Those last three haven’t happened, but I have written twenty books for children, as well as hundreds of short stories, articles, and poems. My novel Airball: My Life in Briefs received the William Allen White Award winner for fifth to eighth grades, as well as the Juvenile Literary Award from the Friends of American Writers, was named a Kansas Notable Book, and was on the Texas Lonestar Award, Washington Sasquatch Award, Florida Sunshine State Young Reader Award, and Maine Student Book Award lists. 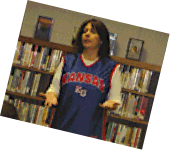 When I spoke to you last about your writing for WWK you had a special work planned can you please tell us what that was and how it came out? 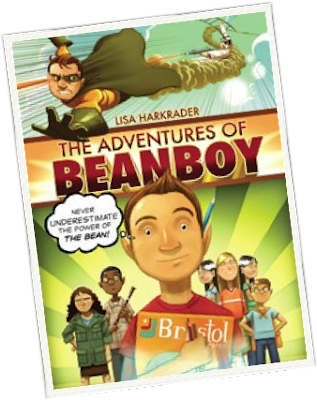 Ah, yes: The Adventures of Beanboy, a middle-grade novel, which was released a couple weeks ago, on Valentine’s Day. It’s the story of Tucker MacBean, a comic book geek (he would say comic book genius) who is trying to create a contest-winning sidekick for his favorite superhero so he can win a college scholarship for his frazzled single mother.

The thing that most excites me about this book is that I both wrote and illustrated it, so for the first time, I was able to combine my two loves—writing and art.

You illustrated The Adventures of Beanboy like a comic? What stylistic elements are included in comic book art?

I had never drawn—or even spent a lot of time reading—comic books before, so comic book art was a real revelation for me. Comic book panels can never be static and boring. No pastoral landscape scenes for our superheroes! (Or at least, if there is a pastoral landscape scene, there needs to be an explosion or an alien spaceship in it somewhere so we know all is not happy and serene.)

Comic book panels need to be dynamic, leading the reader from panel to panel through the story. So I really concentrated on some basic composition elements to make sure my panels weren’t boring:

• Diagonal lines are much more dynamic and active than horizontal or vertical lines.

• When the main focal point of a composition is off-center slightly, it’s usually more dynamic than when the focal point is plopped down dead center.

• Scenes composed with three focal points forming a triangle lead a reader’s eye through the scene.

• I also tried to keep things interesting by mixing up the size, shapes, and placement of panels on the page and by sometimes breaking the frame of a panel so that it looks like that action is too big to be contained.

How did the artwork deepen and amplify the story?

Actually, much more than I thought it would going in. In some places I was better able to add to the humor and actually make a point or description through an illustration, rather than in the text.

The illustrations also deepened the characters. Since Tucker’s sketches—drawn on anything he can find at the time—come up every few pages, it illustrates much more clearly this character’s love of comic books and drawing much better than me just saying so in the story. I also think the way Tucker misses seeing his mom—who works all day and goes to college all night—is brought home more clearly because the main way Tucker interacts with her is through the sticky notes she leaves him on the refrigerator.

I never played basketball in my undies or drew comics in junior high school but the tone of the novel reminded me of the joys and terrors of those days. You weren’t hiding out in my hall locker on the several days when I forgot the combination to my lock were you? How do you write so convincingly about that time?

I was probably three lockers down, trying desperately to get my own ancient locker unjammed and retrieve my math book before I was late for class!

Middle school (or junior high, as it was called back in the day) is such a traumatic time for most people, the time when we’re beginning to form our life-long identities in the heat of social battle. Those emotions—anxiety, self-consciousness, eagerness, sometimes outright despair—are so deeply imprinted, I don’t think we ever really shake them.

So what is next? Is Beanboy going to help H20 save the universe or are we going to find out what Coach and the basketball team is up to?

At the moment I’m working on a sequel to Beanboy, at this point titled Cool Beans: The Adventure Continues. I really love Tucker and his friends and family, and I’m not quite ready to let them go on with their lives without me.

Thanks so much for taking this time to ask about Tucker, Beanboy, and my work!

I really admire artistic talent--probably because I don't have any. The artwork looks great, Lisa. You're lucky to be able to write and draw. I think the book would be very popular with the middle school crowd. The schools need new books, but with budget cuts, few are acquired. Last year, I was in our middle school and had to explain what a Walkman was to the kids--that's how old some of the books are that they are having the kids read--and I live in the highest per capita income county in the U.S.

Good luck with the book and your continued writing.

Your book sounds fascinating, Lisa. I'm a big fan of middle-grade books since that's the age I taught and read a lot to my kids.
If I were still teaching, I'd buy your book in a minute to put in my classroom library, and I know the kids would read it until it was falling apart.

I still love reading the comics. I could never give up paper newspapers because of the comic strips that I love and occasionally clip to save for others or put on my refridgerator.

You're right about jr. high being the most difficult years of all. I still shudder when I think of them. They're especially hard for shy, insecure kids, who develop acne.

Lisa, Beanboy sounds terrific! I love that you did the artwork, as well. What a multi-talented woman you are! I hope it gets picked up by lots of libraries and schools. Kids need books like this!

Lisa is another sister in a great chapter I and Linda attend.