Women Can Save the U. S. Governmental Bureaucracy. Women are mothers of invention. We discover solutions for everything. For example, we like clothes, but most of us end up with a jam-packed closet, of which we wear about one third of what we’ve bought. Because of the space problem, it’s hard to organize or find a particular item. Since we can’t find anything, we forget what we already have bought. How many of us have two nearly identical blouses? 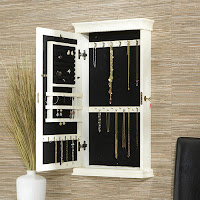 To temporarily solve the problem, we put ourselves on a clothing budget to limit our spending and to save space because the closet is already full. Budgets usually don’t work. We find ways to spend on clothing that technically isn’t clothing. Accessories, like jewelry, aren’t stored in the closet, nor are cosmetics. Sweaters aren’t hung because of stretching so they don’t go into the closet equation either.


Since we’ve neatly circumvented our budget (Where there’s a will there’s a way—thus the source of our invention.), we invent Rule #2 to limit ourselves. For every new garment we buy, we must get rid of an old one. We still spend money, but at least we don’t have to add the cost of building an addition to our houses for more closet space, and since we only really wear about a third of what is in the closet anyway, getting rid of something we don’t use is a positive self-affirming action. Adding to this process, we give away our old clothing to charity, get a tax write-off, reducing taxes, and feel good about the entire process.

Now, let’s look at Congress. Congress’s function is to pass laws. Problem? Laws take money to implement and enforce. Do we need more laws? Just like clothing, the answer is probably no. Will budgets help? We already know that they won’t. So, let’s mandate Congress with Rule #2 in the clothing/closet dilemma. For every law passed, Congress must get rid of an old one. We’ll still spend money, but in getting rid of the old laws, our tax money will go further since with the repeal of old laws they won’t need oversight.

Just like our charitable clothing donations, give those legislators a personal tax incentive if they vote to get rid of a law. New rules won’t be accepted for a vote unless paired with an old law to repeal. Think of the savings. All of those buildings that house the administrative offices for implementing and enforcing the old laws could be converted for administering new ones—thus—no new government buildings and staff will be needed. With newer laws, we will know and understand our law inventory. And as an added bonus, if we limited the quantity of our laws, perhaps we’ll need fewer lawyers.


Sorry to sound so Erma Bombeck--because I'm quite serious--we've lost all common sense. Teaching self-restraint by example is best—as any woman knows. We don’t have enough money to pass more laws. The country is broke. Let’s recognize the mess we’ve created and do something about it. Ben Franklin, my hero, said it best. “A penny saved, is a penny earned.” Ben got us the money to win our freedom. We're letting him down. 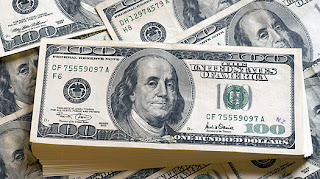 Email ThisBlogThis!Share to TwitterShare to FacebookShare to Pinterest
Labels: E. B. Davis, Holidays

I love your blog and had to laugh at the clothes/closet delemna. I am with you on that, and I'm not much of one to shop for clothes. However, I do tend to keep clothes I haven't worn for ages because just maybe I'll want to wear that particular blouse, etc. Or maybe I'll lose or gain wait and will be able to wear it again.

As for the laws, that makes sense unless an old law is still important. With the divisive Congress we have now, how will they ever decide just which law should go. Of course, we don't need anyone to regulate widgets anymore - whatever they may be - but I'd hate to see laws that protect people's rights or the environment be discarded. And it's such a personal thing. If I add on to my house and get a building permit to do so, I'll be required to put in a whole new septic system for a lot of money. And yet, although I don't want to do so and feel my old one is adequate, I can see that with the clay soil in our county, some regulations must be in place to protect the water sources. So if I decide to add on that room and have to pay for a whole new septic system, I won't like it, but I'll accept it for the greater good of the community - with only a little bit of grumbling. :-)

In addition to being Memorial Day, today is the 50th anniversary of the start of the War in Viet Nam. I think we should re-think how we do many things, starting by listening to each other.