How Get To Tina's House

How To Get To Tina’s House 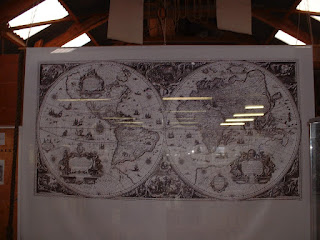 I took a recent trip to Corvallis to listen to my nephew sing the role of Papageno in the Opera, The

Magic Flute.  He was fantastic and the opera was really entertaining, by the way.

My sister sent directions that I thought I would share in an abbreviated slightly edited version. I also

include commentary from me.  This is with Tina’s permission.

From the airport, you will be on Airport Way. Go about 1.5 miles until you see the exit for I-205 south.

Take it for almost exactly 24 miles (stay on it until it completely ends.)

Warren’s comment: So it means you don’t get off when it partially ends.

Continue on to the correct exit. You don’t want to miss this exit because the next one is too far away.

…but it will be frustrating to go that far before you can turn around and come back.

Take a turn right. You should be heading west, toward Corvallis, Newport, Oregon State and Oregon

Beaches! (One never knows what all is identified!)

You technically stay on this road until you you’re two blocks from our house. I digress.

If you find yourself missing that turn, you’ll hit the bridge. Call me if that happens…it’s an easy

change. After about five miles you will see a small sign at the city limits. You take the first left hand

Take an immediate left. Go straight through the stop sign.  We’re the second house on the right.
Posted by Warren Bull at 12:00 AM