Criminals: Go to Your Happy Place!

Recently, my husband was surprised to read in the Wall Street Journal that his California hometown is fighting crime using calming sounds and music. He was so surprised that he *had* to interrupt my writing to tell me about it. This interruption caused me to forget a crucial detail in my sure-to-be published blockbuster novel thus losing out on what inevitably would have been Agatha, Macavity and Edgar awards for this future bestseller. But I digress. 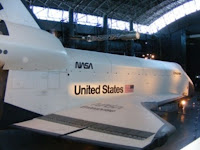 Located about 60 miles north of Los Angeles, the desert community of Lancaster is best known for playing an important role in the space shuttle program. In fact, one major road renamed “Challenger Way,” had its street signs shortened so the shuttle wings could pass over them as it was towed from the factory to nearby Edwards Air Force Base.

It’s also known for a musical road that was originally made by Honda for a TV commercial. The asphalt is grooved causing vibrations that sound like the William Tell Overture when driven over at a certain speed.

In the spirit of continuing innovation, The City of Lancaster now plays musical 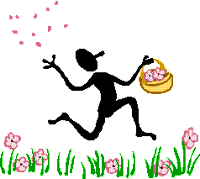 notes, bird song and sounds of splashing water on 70 speakers along the city’s major boulevard. Mayor Parris, who is also a practicing personal-injury attorney, believes that the sounds soothe the locals and create a safer environment by fine tuning their brain chemicals of cortisol and adrenaline. He told The Wall Street Journal, “Everyone is in a better mood, a better place.” The police captain agrees and claims that the calmness is being brought back by people to their own neighborhoods. (I guess happiness is contagious.) 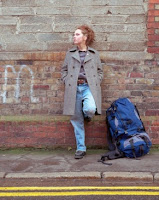 This creative method of fighting crime seems to have begun in the mid-1980s when a 7-Eleven convenience store blasted classical music to disperse teens congregating in its parking lot. It worked so well that various forms of behavior modifying noises are now used in the U.S. and around the world.

England doesn’t take teen bad behavior lightly either. One company in the U.K. sells a device that emits a high frequency pulsing sound to repel loitering teenagers that neither adults nor dogs can hear. There is even a school that punishes misbehaving students by forcing them to listen to classical music for an hour. (Oh, the inhumanity!)

So, if soothing sounds send criminals to their happy place and classical music scares off disaffected youths, is there a sound that will banish people who continually interrupt writers? I envision a foghorn that booms when an interloper interrupts with, “Where’s my…” (FOGHORN), “Have you seen my…” (FOGHORN), “Since you’re not busy, could you…” (FOGHORN).

Do you use calming sounds and music to go to your happy place? Or, play obnoxious noises to repel an intruder?
Posted by Kara Cerise at 12:05 AM

Kara, I have a suggestion for you. When your husband interrupts your soon-to-be Pulitzer Prize winning novel, flip on the theme from Jaws, smile widely and show your teeth.

I listen to music on nights when my mind it whirling and I cannot go to sleep. Church choir music is especially soothing

Kara, I love your idea of the foghorn! I've got noisy disruptive neighbors I'd use it on. Once when we had squirrels in the attic, we were told that loud rock music would make them leave. It only made them dance.

I love your sense of humor, Warren! Perhaps I should buy a fin and wave it around while I'm baring my teeth.

Thanks for the laugh, Linda! I've had squirrels in my attic, too, and it does sound like they are dancing.

I understand your frustration, Kara. I'm sensitive to sounds, the beeps from microwaves, the backup blaring from trucks, my coffeemaker that must announce when it is finished making coffee, then two hours later when it turns inself off, it must bleat again. My husband interrupts my writing too. "Honey, where's the ...." I wonder where he has lived for the past 20 years and why he doesn't know where everything is.

For writers, silence is truely golden.