Kait Carson, author of Zoned for Murder, writes a lot of action into one page. Kait’s main character, Catherine Swope, is a frustrated former cop who must conduct her own investigation. When she finds the body of a neighbor, the police put her on the suspect list. Catherine is especially suited to the case because as a former real estate agent she knows neighborhoods, the people who live in them and their relationships. Her current job walking dogs allows her to observe without suspicion. As an indie author, Kait released Zoned for Murder in December. Please welcome Kait to Writers Who Kill.   E. B. Davis


How long did it take to write Zoned for Murder? This should be an easy answer, but I had to go back and check my first draft dates! From the first draft of Chapter 1 to publication was a five-year journey. In terms of actual writing though, it was closer to two and a half years. There was a two year hiatus while I cared for my Dad during his last illness and then while I had treatment for breast cancer.  Did you work with a critique group? Oh, yes. Zoned would have been impossible without them. I’m a member of Guppies, an Internet chapter of Sisters in Crime. Guppies introduced me to my critique group, Risky Business. Three fantastic women, Shirl, Pauline, and Sand, shepherded me through the first draft. Shirl Jensen went through all eight drafts. I credit her with speeding up the pacing and encouraging me to “kill the backstory.” She’s a fabulous writer in her own right, and a great critic and advisor.


Catherine’s relationship with her friends is often complicated. It isn’t just a morning coffee klatch anymore, is it? Catherine’s moral compass points due north, she examines all sides of a situation before she makes a decision, but her world is essentially black and white. She relies on her friends to show her shades of gray, so in a sense, she does have a quasi-coffee klatch sensibility going on. She values her friends’ insights, but sparks fly if a friend tries to persuade her that right and wrong are negotiable concepts. Because Catherine sees her friends as her family, her outrage creates a deep internal conflict that she struggles to resolve to maintain her family unit.


But then, Catherine’s relationship with her significant other, Mike—the cop, isn’t always easy either. Do you find that personal and professional relationships don’t often comingle well? That’s an interesting observation. My experience has been that they do comingle well. I confess, I tried to impose my experience on Catherine and Mike and they were having none of it.


As a dog walker, Catherine must love dogs—big dogs. Do you? Absolutely. In fact, Bullet is my dream dog. I have always wanted a black and tan German Shepherd and never had one. So I wrote myself one. Right now, I have six cats, a harlequin macaw and an umbrella cockatoo, all rescues. We are currently renting until we find a house. When we do, I’ve promised myself a black and tan. J He will be an older dog, and a rescue.


After looking at your website it’s apparent that you have an active lifestyle. Is it hard for you to sit writing? LOL – yes and no. I’ve just taken up another hobby – pottery. So now I can be found sitting at the potter’s wheel on Monday and Friday afternoon playing with clay! My most productive writing time is midnight to 6 A.M. Something about the deep quiet of the early morning hours appeals to my creativity. It’s also when my characters seem to be the most active. Fortunately, I’ve never needed much sleep.


Will you bring out sequels to Zoned for Murder? Yes, I am currently working on Catherine’s second book. The working title is Murder in the Multiples. I hope to have it out in late spring, but late summer might be more realistic.


Why did you reject the traditional publishing route? I gave the manner of publishing this book a lot of thought. My original intention was to query agents for a year, and if I had no success, then either attempt small press publication or go indie. I took a hard look at the state of publishing today, and at my manuscript. I felt that Zoned was an excellent book, and even though I am a multi-published author (short stories and anthologies), the odds of my appealing to an agent were slim to none. I had no following to bring to the table. Zoned is too long for the average small press. I contacted other indie authors I knew, and decided that indie publishing was the best route for me to take.


Did you hire an editing service and an artist to create your cover? It’s awful the things that slip past your own eyes! Editing is so important. Every publisher has a responsibility to the reader, and if you opt to publish independently, that responsibility is yours. I was lucky enough to know an excellent editor and was able to barter for editing services. As for cover art – my husband is responsible for my cover. He also did my webpage. Having him do the cover was a wonderful way to share the book with him. Since it’s a scene from the book, we were able to work together to refine the cover until it was exactly the way I visualized it when I wrote the scene. 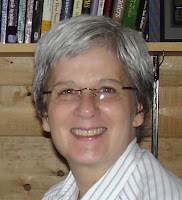 You’ve had other work published. Tell our readers about your other publications. My published work covers the gamut from professional journals (I’m a certified paralegal) to anthologies. In terms of volume, most of my work has appeared in the Trues magazines. I will forever be grateful to them for helping me hone my craft. I’ve also published mysteries in Woman’s World Magazine. Non-fiction work has included both the Chicken Soup and Cup of Comfort anthology series. Zoned is my first published novel. I’ve written many others. In fact, there is no room for dust bunnies under my bed; “training novels” occupy the space!


I see from your website that you’re a diver, skier and can handle a snow mobile. Are there a lot of characters and plot based on your diverse skills and knowledge that we’ll see in your future work? Absolutely. I have begun plotting a second mystery series based in the Keys where I am now living that has a scuba diving protagonist. Skiing has already figured in several short stories published in the Trues. There is much to be said for “write what you know.” And the research is so much fun! My husband is a pilot. I’m considering taking lessons so I can pass some of those skills on to my characters as well. I can already envision some great scenes in the air…
Posted by E. B. Davis at 12:00 AM

Welcome to WWK. Persistence pays off. It sounds like you have the background to keep writing novels and I wish you continued success.

Welcome, Kait. Your book sounds interesting, especially since my protag is a Catherine, too. :-)

I'm Impressed with all your activities.

What a lesson in perserverance. Good luck to you Kait.

Welcome to Writers Who Kill, Kait! Your character, Catherine, sounds compelling. And of course, I'm a sucker for dogs!

Wishing you continued success with your novels.

I'm such a newbie at this! Please don't be offended by a group THANK YOU! Both for the welcome and the kind words. ZONED was a joy to write and I'm so pleased it is finding an audience. Catherine is giving me a mental poke to say that MURDER IN THE MULTIPLES is coming soon. As in months - not years! And a special thank you to Writers who kill for inviting me.

Sorry for checking in late. I'm painting my basement, and for some reason, the electricity here has been going off and on now for about 12 hours.(no idea) I enjoyed reading Kait's book and look forward to the second. But, I also like the sound of her second series set in the Keys--sounds like a good beach read to me!