This Book Is Dedicated to Starbuck’s and Panera’s 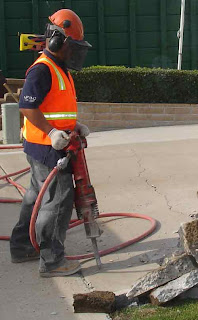 They’re out there again—so loud that my poor dog goes wild with growling and barking, trying to warn them off and protect me. Winter usually drives them away, but this past winter barely ever made it out of autumn. They stayed away most of January and February out of pure caution, I suspect, but that’s been our only respite this year.

For the past week, though, they’ve been rumbling and growling and whining and gnashing again—the pavement-eating, pneumatic-drilling, cement-smashing, excavator-arm-clawing, forklift-driving, topsoil-stealing, concrete-truck-driving city workmen who have congregated in my neighborhood for over two and a half years now.

The 300-acre neighborhood surrounding my house has been made a national pilot project for green solutions to aging sewer problems by the city, the state, Mid-America Regional Council, and the EPA. They tore things up to make repairs and space-age changes to our ancient sewers without replacing them. Then, they tore things up to take out old sidewalks and driveways and put in new porous ones. Now, they’re tearing up the sidewalks and driveways that they drove me crazy putting in last year because some idiot put in regular concrete instead of the porous, breathable stuff. You could hear my teeth gnashing if it weren’t for the jackhammer pounding so hard. 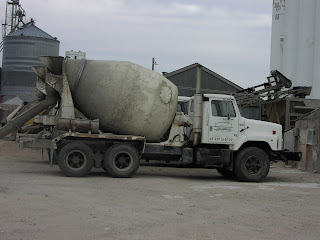 During all of the upheaval last year, they shut off our water for the day four times with less than twelve hours’ notice, they cut off the power six times with about the same notice, and they cut through our gas lines twice, causing emergency evacuation for the day each time. Between all of that and the migraine-inducing grinding and hammering noise, I wrote much of the first draft of my second novel in the Skeet Bannion series and did most of the revisions at a local coffee shop instead of my office at the top of the stairs in my own home. In fact, two of the Panera’s supervisors are coming to my book launch for the first Skeet Bannion book, Every Last Secret, on April 24. They’ve become fans. 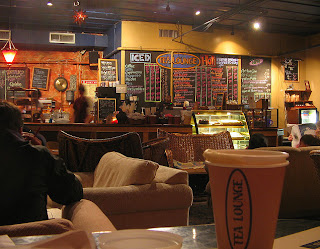 Now, the powers that be have decided that it’s safe for the guys to come back to work. This winter has had barely three hard freezes. At this late date, they probably don’t have to worry about snow or ice stopping their work. So they’re back—and I’ll have to start packing my laptop and files and heading over to a nearby coffee shop again.

My favorite locally-owned places have gone out of business during this whole process. I can’t figure out why. I certainly gave them regular custom—often breakfast, lunch and afternoon snacks. Still, on really bad days, when the pneumatic drills and concrete-cutting saws are pounding and whining at the same time, I’m grateful to have somewhere to go and do my work in peace. So don’t be surprised when you open my book and read, “This book is dedicated to Starbuck’s and Panera’s without whom nothing worth anything could have been written.”

Posted by Linda Rodriguez at 1:44 AM

LOL, Linda. I'm totally empathetic. I hate noise and can think of nothing worse than trying to write in a noisy environment. However, having worked under contract to EPA on implementing the Clean Water Act, I'm interested in what they are working on in your neighborhood.

So many of our sewer systems were built during the 1930 WPA projects using terra cotta pipe that has worn out and has broken,leaching sewage into our underground water supply. So, they are probably doing good things in your neighborhood, but unfortunately for you the government works very slowly. Too bad they didn't spread out the experiment so that one neighborhood wasn't disrupted so much.

Perhaps if we were in less overseas wars the money could be spent on our infrastructure, like sewer systems and bridge repair/replacement, sorely needed necessities and employ people.

A friend and I have met at Starbuck's weekly for the past 15 years. Glad you have someplace to write.

Kansas City manages infrastructure repair like Newt Gingrich manages his campaign — full of sound and fury signifying nothing. I called in about a pot hole outside my house which they "fixed" and it now looks like a bomb crater, except that it is growing.

Maybe you can work it into your next book. A plot by dentists, psychiatrists and audiologists to drum up business.

EB, it's actually an interesting and far-reaching project that pits one side of the city bureaucracy against the other. IF you want to read about that aspect where the EPA encourages everyone in my neighborhood to plant rain gardens of native plants and another department of the city takes me to court for my rain garden of native plants, I've written about it here.

And I so agree with you about the economic situation. If we got out of these wars and took the money we're burning up there (as well as the money we give to the rich, unscrupulous financiers who wrecked our economy in the first place) and started a federal WPA-style infrastructure repair project,it would provide jobs and dignity for so many and urgently needed repairs to the crumbling infrastructure of our country.

Warren, LOL! I love your description of the Kansas City method of handling public works--and soooo true! Time after time, I pass the same pothole caused by lack of a storm drain in an area that collects water. Time after time, they come out and throw some asphalt at it without doing anything about the underlying problem, and the pothole returns in a few weeks. And some of them grow to be wheel-eaters!

I so sympathize with you, Linda, on the noise level in your area. Fortunately, in my semi-rural area, the only loud noise I have to deal with is several Sundays a month because I'm on a poker run route between a small town south of me and Lake Erie. A hundred or more motorcycles go by on those days, but it certainly isn't as bad as what you are going through.

I so agree with both you, Linda, and EB how much better it would be if the money spent on wars was used here in repairing roads and bridges and in the NP system, like the things they did with the WPA. Unfortunately, with the congress we have now who are more worried about the debt and whether or not women should get free birth control than what could actually help the country, I don't see that happening anytime soon. It's so short sighted. Put people to work rebuilding our country and they'd be paying taxes on their wages, so it would help eliminate the debt, they'd be buying more things, and it would be a huge plus for our country's infrastructure, too.

So, your NEXT book will feature massive "green" construction as a central feature of the murder, right? Because you are an EXPERT by now of all the horrible ways someone could be offed in that environment - perhaps even by a cranky writer!

I'm wondering Linda, do you think there is any chance you were more productive in the coffee shop, just because you had to make the effort to go there?

I worked one day in a coffee shop in the Vineyard and I felt so much more focused for some reason. So I keep toying with the idea of going to Starbucks here.

And I totally relate to your frustration. We used to live near 20 open acres that became a McMansion development and a I had to live through the construction. It forced me to get the air conditioning fixed so that I could close all the windows in the summer.

Sorry, folks, was gone all afternoon, and Blogger's stopped emailing notice of comments.

Gloria, oh, yes! If we could only get politicians to stop the wars in Afghanistan and Iraq and on women's bodies, we could do wonderful things for the country's aging infrastructure.

Deborah, you know it! Trying to figure out if I want to bury the victim in cement or cut the gas line deliberately and cause asphyxiation. or perhaps a serial killer will start killing off the workmen who insist on blocking his driveway.

Thanks for coming to check on us here, great Indian poet!

Jan, you're right on target! I won't use wifi at places like Panera's, having had accounts hacked once from a public wifi connection. So it's a distraction-free zone for me, and I concentrate remarkably well in a coffee shop. I do better working at home, though, because I can break up work sessions and move around more. Important for my lupus/fibromyalgic body.

But the intensity of focus is one of the pluses, for sure.