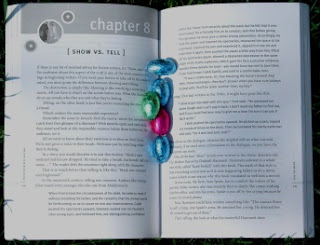 I’m going on an Easter Egg hunt…but not for colorful eggs normally hidden in grassy knolls and behind flowers for kids to find. These Easter Eggs are in movies, TV shows and books. You might not be familiar with the term but I bet you’ve spotted them. You may even use them when you write.

What are they? They are fun, hidden surprises that have meaning for the creator and devoted fans. Sometimes they are used as a vanity signature, to pay tribute to someone or as an inside joke. They aren’t malicious or obvious. If it’s not there for entertainment, it’s not an Easter Egg!

For instance, you may remember Alfred Hitchcock’s cameo appearances in each movie he directed--that’s an Easter Egg. Fans enjoyed it and even tried to spot his signature appearance.

In one of my favorite old movies, Arsenic and Old Lace, actor Cary Grant sits on a headstone while he is thinking. One of the stones behind him is engraved with the name of Archie Leach--Cary Grant’s real name.

TV shows hide eggs, too. I spotted an Easter Egg in an episode of Castle. For a Halloween party, Castle, played by actor Nathan Fillion, dressed in a costume that Fillion had worn as spaceship captain in Firefly. Definitely an inside joke for Firefly fans.

In the book, The Adventures of Sherlock Holmes, character Violet Hunter lives on Montague Place. This is the same street where author, Sir Arthur Conan Doyle, lived. 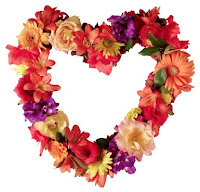 Author, J.K. Rowling used an Easter Egg as a sweet tribute. Natalie McDonald, a young girl with a terminal illness, wrote to Rowling asking what happened at the end of the Harry Potter series since she knew she wouldn’t live long. Rowling wrote back detailing the remainder of the stories. Unfortunately, Natalie died before receiving the letter. So, Rowling “included” her in the next book, Harry Potter and the Goblet of Fire. At the start of the school year, a character named Natalie McDonald participates in the Sorting Ceremony and is sorted into Gryffindor, Harry’s house.

Stephen King uses Easter Eggs in his books, too. When he wrote It, he made references to every other book he had written up to that point! At one point “It” even becomes a leprous beggar missing part of his nose based on a character in King’s book, Thinner.

Easter Eggs are also found in e-readers like Kindle and Kobo. Depending on the e-reader and version, there are hidden games (Minesweeper and poker) as well as Google maps and other fun goodies.

Have you discovered any Easter Eggs? Do you use them in your writing?
Posted by Kara Cerise at 12:05 AM

I remember the Alfred Hitchcock cameos and how we watched for them. There was a time when lots of TV shows had famous actors come on in cameos, and it was always fun to see them in those character roles.

I almost always include Easter Eggs. I like to have major characters in some of my works pop up in other works as minor characters. It's one of the pleasures of writing.

I had never heard the term Easter Eggs used in this way before. I like it. Only once have I used this when a main character in my series appears in a short story I wrote.

I enjoy seeing actors in cameos especially if there is a reference to another role they have played. I've noticed that some humorous TV shows like Psych are starting to have well-known actors in cameos. Maybe we'll see more in the future?

I will look for Easter Eggs when I read your stories! As a reader, it is fun to recognize major characters from a book pop up as minor character in another.

Gloria, I knew the term Easter Eggs was used in software but was surprised to learn it was used for books and movies.

It's a nice image since we all like to find fun and unexpected things.

I never heard of them either Gloria, so you aren't alone. What I'd like to know is if the cult hatched the Easter Egg or the Easter Egg hatched the cult? Seems that this type of egocentricity is for a few special fans, unless everyone knows the characters. Was Keith Richards an Easter Egg in the Priates of the Carribean movie? Depp said he based his character on Keith.

That’s a great question, E.B.! I would think so because it’s an inside joke. I did read that there is a hidden interview with Keith Richards on the second DVD of the Curse of the Black Pearl. That is definitely an Easter Egg.