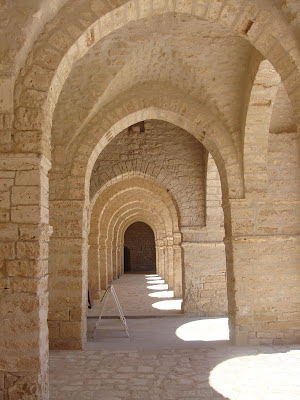 I believe that television commercials are an art form. Not all of them, of course. But consider, in sixty seconds or less, the best commercials hook viewers, present characters and deliver a complete story. They compete in an environment saturated with other ads attempting to do exactly the same thing.

Sometimes character blots out message. It took me at least a year to figure out more or less what the cute talking infant was trying to sell. Of course if you establish an iconic character like an insurance-selling lizard or money-managing opera singers, you can ring changes on a theme for an extended time.

Other times the story line works but the product gets buried. I enjoy the Dad is a doofus rescued by the smart wife or child plot. The only problem is, it is so clichéd that I find it hard to attend to whatever object or service is being flogged.

Still other times the volume rises and my interest sinks. I have been known to pay attention long enough to learn which project to boycott.

However, as a writer, when a commercial works I like to figure out why it works. Take the Subaru story arc, for example. It starts with the odometer turning to 200,000 miles and the voice-over saying, “A lot can happen in 200,000 miles.” Then the odometer spins backward. A family scene — Father, mother and baby. More miles disappear. A dating scene between the couple in the family scene. The odometer spins back to 15 miles and the woman rears ends the man in a new Subaru. No harm done they exchange phone numbers and flirt.

A quick hook, an interesting start close to the end of the action, and a story that shows but not tell with clarity and absolute efficiency. A Subaru story arc.

I can see how commercials work as you say, Warren. However, I can't exactly relate to this because I haven't watched TV in years except for Masterpiece Mystery or Theater,and once in a while some other PBS special, but PBS commercials are few. I also used to watch the PBS News Hour, but I've pretty much given that up, too. Once in a while if I'm at someone else's home and their TV is on and a commercial comes on, I find I'm interested - in some more than others.

Warren, an interesting take on the story arc. I am a viewer who is susceptible to good commercials and they all use the arc to good advantage.

Unless a commercial is outstanding, I rarely remember them. But, I have to admit, I don't watch much TV. I watch the Super Bowl only for the commercials, most of which aren't worth the time--so I enjoy the food. My favorite commercials feature animals--especially the Budweiser Clydesdales.

The commercial you describe sounds like a winner in terms of its writing--wonder if it sells cars though--someone tracks those things. Sometimes the best concepts may not appeal to the masses.

Interesting take on commercials, Warren. I haven't watched TV in decades, though, so I have little experience with them after the 1970s. Not a snob--just gave up TV for more writing time. I do understand from friends in advertising that, often, the most irritating commercials are the most effective.

Personally, I don't care for the talking baby trying to sell eTrade (I detest when they make babies or animals talk), but I agree that the Subaru story arc is quite cute & ingenious.

I can't stand commercials, & normally mute them, but every once in a while there's one that's been done very nicely (the romance centered around coffee a few years back comes to mind), & you're right, Warren, it's the story arc that makes them palatable.

The last couple of years Super Bowl commercial have not lived up to their hype. Budweiser's efforts have been the exception.

I don't know how to measure a commercial's effectiveness.

The most irritation commercial effect my buying habits. I boycott what they advertise.

Alyx, I still remember the coffee romance. That was a great series.

Warren, I agree with you. I don't usually watch commercials, but once in a while one gets through. I do like the commercial you mentioned. I'm also a big fan of Max the pig (Geico). Your comments reminded me of the coffee commercials (can't remember which brand) about a man and woman who meet in the hallway or elevator. Each new commercial moved the story along.

I think about this, too, usually when a commercial annoys me, or when one is exceptionally clever. Like you, some of my favorites mask the product, so I don't know that they're effective. Here's one of my favorites: http://www.youtube.com/watch?v=R55e-uHQna0. However, I promise I will never buy all-state insurance, because I cannot stand the "mayhem" commercials. Lately, the one that gets to me is the mother who lets her children eat spaghetti off the top of her head? It's not funny, it's not clever, it's just repulsive. Are there satirical awards for really bad advertisements? We should ask Matt Bull. (PS: I only see commercials online because all my viewing is done via online streaming.)

I don't remember one about a mother who lets her children eat off her head. Yuck.

I've noticed that commercials for movies are often better than the movies themselves.

I haven't seen that commercial, Warren--will keep an eye out for it. Great idea! Way back when I was college, I started out in advertising and we studied some of the classic commercials. That was fun.

Loved that 200,000 miles ad. I love a good ad. It's a fine line between genius and stupidity (to quote Spinal Tap). Common mistake these days is trying too hard to be edgy and losing the heart.

A case of looking too much like another company's style was a flower commercial around valentines that had a pretty lady that looked like a Victoria's Secret girl. She's in her undies and says 'Valentines is simple guys. Give and you shall receive'. Me and the Mrs. watched that spot 10 x's before noticing it wasn't for VS.

No surprise there's a number of smarty pants authors who proudly don't watch commercials. I happen to love to the good ones.