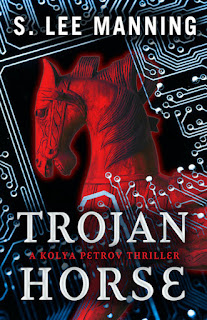 How do you create the perfect villain? I’m talking suspense and thrillers here, not real life, although   So what makes the perfect villain – at least in the world of international thrillers?
real life is full of villains, especially lately. Because it’s not enough to have a good protagonist or even a really good plot. You need a really good villain as well. It’s the Yin and Yang of the writing world – the balance of two opposing forces. The strong protagonist needs an equally strong villain for a truly compelling story.

I could write an essay on the topic. In fact, I tried to write an essay – and it was so boring I almost fell asleep typing. So, I decided to explore the topic in a new way – with an interview. Let me introduce Mihai Cuza. He’s Romanian, although educated in the United States, at University of Chicago, interested in classical music, likes birds and nature, enjoys horseback riding – and is the main villain of my debut novel Trojan Horse.
S. Lee: Say hello to everyone, Mihai.

M. Cuza: Hello. And I resent that description. I’m a patriot, not a villain.

S. Lee: Oh, come on. Do you want me to list all the villainous things you do? You impale people.

Mihai Cuza (sipping a cappuccino): Only when they deserve it. And I do it to make a statement – that Romania needs to be ruthless to become great, just as my ancestor, Vlad Tepes, had to be ruthless to protect Romania from Muslim invaders.

M. Cuza: What is acceptable behavior? Is America having military bases in countries around the world acceptable? I want the United States out of Romania.

S. Lee: Yes, that’s an understandable position. But then there’s how you intend to get them out – by engineering nuclear power meltdowns. How many people are you going to kill?

M. Cuza (stirs his coffee): The point is not to kill people. The point is to demonstrate how unreliable nuclear power is – so that the candidate I want will be elected President. That people may die is regrettable, but sometimes sacrifices have to be made.

S. Lee: And bingo, you just labeled yourself a villain.

M. Cuza: You might want to look into what American intelligence services do sometime.

S. Lee: Nevertheless. And anyway, your “ends” aren’t all that admirable either. The kind of Romania you want to build is unacceptable. You want to get rid of all the Jews and Romani in the country.

M. Cuza: I’d like to encourage them to emigrate. Peacefully. It’s not like there’s no place for them to go. And anyway, there’s not a lot of them who’d have to leave.

S. Lee: You mean – because the Nazis butchered most of them and their numbers have never come back.

M. Cuza (shrugging): I wasn’t alive then. I’m certainly not advocating gas chambers or mass shootings. But there’s nothing villainous about wanting a country for one’s own people. Trying to improve one’s country is an admirable goal.

S. Lee (restraining herself from hitting her head):  Not when you want to cleanse the country of minorities.

M. Cuza: We will agree to disagree. You wouldn’t happen to have a croissant, would you? It’s polite to offer food to guests.

S. Lee:  Um, sorry. And, as I recall, you starved your “guest.” Along with torturing him.

M. Cuza: That was his choice. And he would have done the same if our positions had been reversed.

M. Cuza: Then you’re naïve. That’s the thing about your book. You have this Russian Jew as the hero – when he’s not. When he kills people, too. But you write it from his point of view, and people get the impression that he’s better than I am. He’s not. I’m the hero, here.  I’m the one sacrificing for the cause. And I deserve to win. He doesn’t.

S. Lee: So I guess people will just have to read the book and decide for themselves if you’re the villain or the hero. Thank you, Mihai Cuza, for the interview, and please rinse out your coffee cup on the way out. 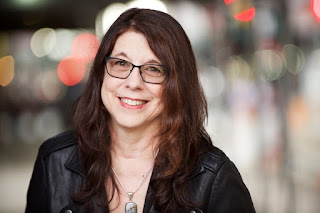 S. Lee Manning’s career as an attorney ranged from a top-tier New York law firm to working for the state of New Jersey to solo practice. Now a recovering attorney, she spends her days writing. In Trojan Horse, which debuts this month, Kolya Petrov, a Russian Jewish immigrant working for American intelligence is betrayed by his own agency in a devious plot to thwart possible terrorism by an anti-Semitic neo-Fascist Romanian. Manning, who is working on the second in the series, lives in Vermont with her husband and two cats. Trojan Horse is available through Encircle Publications https://encirclepub.com/product/trojanhorse/, on Amazon amzn.to/3fJdEDk, and through your local independent bookstore.