An Interview with V. M. Burns (Valerie) by E. B. Davis

Detective RJ Franklin has worked with Search and Rescue volunteer, Marti Alexander, many times. So, he’s not surprised when he receives a call that she and her dog, Callie, have found a body near the St. Joseph River. What is surprising is when he learns that the body is that of her ex-husband, Jake Harrison.  Between Marti’s unusual behavior, the fact that she had motive, opportunity, and the means to kill her cheating ex-husband, RJ doesn’t believe she’s guilty. Overlooking the mountain of evidence that all points to Marti as the killer, RJ starts investigating to see who else wanted Jake Harrison dead. With the help of his partner, Harley Wickfield IV, and his sharp-as-a-whip godmother, Mama B, RJ discovers a web of lies, deceit, and corruption. When one of RJ’s suspects with ties to the underworld gets a bit too close for comfort to RJ’s close-knit church family, he has to decide between his loyalty to his church and his commitment to his badge. Can RJ protect those closest to him, keep the River Bend community safe and catch a killer? 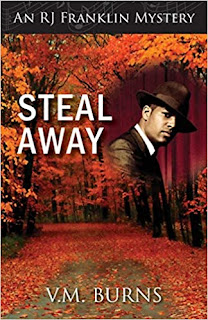 This is one of those series that I wish I had read from the beginning. V. M. Burns, our own Valerie, writes three series, and I love them all. In Steal Away, an RJ Franklin Mystery, (Book 3) in the series, I found unforgettable characters.

RJ himself is unforgettable—all six foot, three inches of great detective with his feet planted in the betterment of the community and church. Then there is Mama B, RJ’s godmother, who you wouldn’t dream of crossing partly because you’d miss eating her food. Paris Williams, RJ’s girlfriend, a financially successful businesswoman and Standard Poodle owner, is a woman of strong convictions and loyalty.

The case in Steal Away, which was released yesterday, is complex and compounded by RJ’s assistant Harley Wickfield IV’s infatuation with the primary suspect. RJ also must keep adolescent boys from getting killed in more ways than one and keep Standard Poodles from dog-handling Harley.

There’s a St. Joseph County in Indiana, but I didn’t find a city. Is St. Joseph modeled after another city?

St. Joseph, Indiana is modeled after my hometown of South Bend, which is in St. Joseph County. Since I write murder mysteries, I didn’t want people to get the wrong idea about the city, so I changed the name. However, people from the area will recognize many of the landmarks, like the large Catholic university where RJ works as an adjunct professor, Mary and Jesus Catholic University (MAC-U) which bears a striking resemblance to a prominent catholic university in South Bend.

Both of RJ’s parents are dead. He has one sister who lives in Houston. The only family he has in St. Joe is his godmother, Mama B, whom he is very close to. 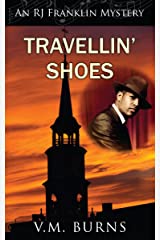 Are Standard Poodles often used as Search and Rescue dogs? I didn’t think they had the nose for it. Can poodles’ hair stand up? It looks like it does already.

It is true that Standard Poodles are not a breed that’s commonly used in Search and Rescue. Normally, the hound breeds dominate tasks involving canine nosework. However, all dogs have exceptional olfactory receptors, which makes their sense of smell far superior to that of humans. Poodles are actually excellent retrievers, but they can definitely excel in Search and Rescue.

The poodle cut often seen in the Westminster Dog Show ring may look a bit…fufu, which leads people to underestimate the breed. However, you should never underestimate at poodle. Many people may not know that poodles were once German hunting dogs. They were used for retrieving water fowl and their name morphed from “Puddle Dogs” to Poodles. Even that unusual hair cut once served a practical purpose. Poodles’ coat was shaved from nonessential parts so it wouldn’t hinder their ability to swim and was kept longer over vital organs and joints for added warmth. However, keeping a poodle in full coat isn’t something that even your most enthusiastic poodle owner is willing to tackle. Instead, it’s far more common to clip their coats. They’re great retrievers, are extremely smart and capable of excelling in tracking, hunting, search and rescue and pretty much any task they’re given.

Why does Paris’s black Standard Poodle puppy have two names? How did the dog get them?

Pure bred dogs registered with the American Kennel Club often have two names. There’s what’s referred to as the “Registered Name” and the “Call Name.” The dog’s registered name often includes the name of the Kennel where the dog was bred and information about the dog’s ancestry or something interesting for advertising. The registered name is what’s announced when a dog is shown in AKC Conformation (like Westminster Dog Show). The Call Name is basically a nick name and reflects what the owner “calls” the dog on a daily basis. Generally, the owner names the dog when they register the dog with a Kennel club. The next time you watch the Westminster Dog Show or Crufts (British equivalent), listen to the dog names as they’re announced. Hearing the names is almost as entertaining as the dogs—almost.

RJ and his assistant Harley Wickfield IV are a most unlikely pair. Harley is from an affluent Southern Confederate heritage. Why does RJ like him anyway?

I think Harley and RJ are a great team because despite their race and upbringing, they share similar values. I have a number of good friends that on the surface seem like my polar opposites. Yet, when it comes to the things that matter the most, like integrity, reliability, honesty, open-mindedness, and generosity. They share a strong work ethic and a commitment to community service and justice.

No one could dislike Mama B. She wears a brown suit jetted with gold threads and hat to match out of gold lamé and rhinestones to church, but at home she is much more relaxed. Does she have a recipe for collards? Please tell readers about her. She’s a character to love.

In all of the series that I write, Mama B is the only character who is based on a real person. Mama B is based on my godmother, Mrs. Ella Bethany. She was a wonderful person who showed her love for her family and friends by cooking. And, she cooked for everyone. She lived on an alley down the street from my church and during the summer, we would sit on her front porch and watch the basketball games at the rec center. In the RJ Franklin series, I’ve tried to bring the people and the culture of the African American community that I grew up in, to life. When I was growing up, you dressed up for church. Almost all of the older women wore hats and many of them were quite elaborate. However, when you got home then your Sunday finery was removed and you were free to be comfortable.

Mama B absolutely has a recipe for collards. In fact, there are recipes for many of RJ’s favorite meals in the back of each book. I also include a few recipes on my website, including Collard Greens.

Why isn’t Chief Mike Barinski interested in the involvement of a former cop, Bruce Leonard, in the case? Is Chief Mike dirty?

Chief Mike isn’t a dirty cop. Far from it. However, Bruce Leonard’s departure from the St. Joseph Police force had some negative factors which is why his records were sealed. There’s a story behind those sealed records. It might come out in a future book.

Do grammar and manners say more about you than money in the bank?

I’m not a lawyer, but I actually learned about arrest warrants from a former policeman and a good friend who is a lawyer. There’re also tons of contradictory and confusing information on the Internet, just to keep things interesting. Here’s my take on it. An arrest warrant is a document issued by a judge granting law enforcement the right to arrest someone. To get the arrest warrant, law enforcement must show probable cause to the judge. In some situations, an arrest warrant may not be needed (e.g. the officer witnesses the crime or in the event of a felony). Without an arrest warrant, the person can be held for a set amount of time and then a hearing is held where the police show probable cause at that time. However, if the police want to arrest someone in their home, they will (generally) need an arrest warrant, but there are always exceptions. 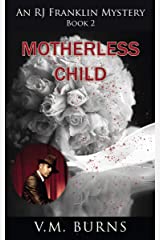 RJ had an accident in which he was involved but not at fault. How is it impacting his life?

The accident that RJ was involved in has impacted him deeply. He has both physical and emotional scars. During the first book in the series, Travellin’ Shoes, RJ struggles with a crisis of faith. He is plagued by nightmares that make sleep difficult. The accident is causing him to reevaluate a number of things in his life including his career as a policeman.

What is a Resolute desk?

The Resolute Desk is a nineteenth century desk that was built from pieces of a salvaged Arctic discovery vessel. The desk was given to President Rutherford B. Hayes by Queen Victoria. It resides in the oval office and has been used by many U.S. Presidents. The desk first gained prominence when a photo by Alan Stanley Tretick, a former photographer for Look magazine, appeared showing President John F. Kennedy sitting at the desk while his young son, Jack Jr. peaked out from a hidden panel in 1963. The desk gained more fame when it played a major role in the movie, National Treasure Book of Secrets, starring Nicolas Cage in 2007.

Most of the main characters are Christians. Would you characterize your mystery as a Christian mystery?

One of my goals in the RJ Franklin Mystery Series was to create a mystery which incorporates my African American culture. The detective is black. The titles all come from Negro Spirituals; and the series includes soul food recipes. The church played a major role in my culture and therefore, many of the characters are Christians. There is definitely a strong Christian element, but I don’t consider this a “Christian Mystery.” Christianity in this series is more of a backdrop or setting and is not intended to proselytize. First and foremost, it’s a mystery.

Is “Steal Away” actually the name of a gospel song? Are the stanzas you have quoted between breaks in the book lyrics?

There is so much evidence against one suspect, and yet RJ doesn’t think she did it. What compels him to keep searching?

One of the differences between Mama B and RJ is that police tend to be all facts. Mama B isn’t interested in the facts. She’s more interested in following your heart. This is one of the times when RJ doesn’t have “peace” about following the evidence. He listens to his heart or gut and continues to dig.

RJ is multi-talented. He’s a great detective. He makes furniture. He teaches classes to first year law students. He’s given an opportunity to teach more and already had been asked to be a police consultant. What’s next for RJ?

RJ has a lot of decisions to make. He’s going to need to do a lot of soul searching. With the help of his family, friends and his faith, he’ll have to decide where his future lies. 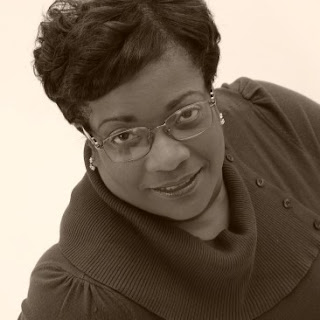