An Interview with Martha Reed by E. B. Davis

“But you know N’awlins. We don’t hide crazy.

We set it on the front porch and give it a cocktail.”

Disgraced ex-police detective Jane Byrne is on the run. After surviving a brutal excessive force civil lawsuit that scarred her with PTSD she blows into New Orleans on her motorcycle looking for a fresh start, never expecting to uncover a hate crime serial killer targeting NOLA's inclusive LGBTQ community.

At a surprise party we meet Gigi Pascoe, Ken and Leslie's transgender daughter and Gigi's two BFFs. After one of her friends goes missing, Gigi's concern turns to fear that their LGBTQ world is being targeted for hate crime violence when a second friend vanishes.

Dissatisfied with the NOPD force and local FBI bureau agency responses, Jane and Gigi team up only to discover that their united effort has refocused the serial killer's white supremacist hate-filled intent on them. 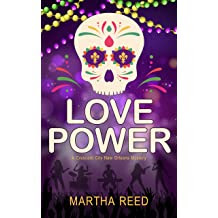 Love Power is Martha Reed’s fourth novel, and it is a change in genre. Her previous three books in the John and Sarah Jarad Nantucket mystery series are traditional. Love Power is an LGBTQ suspense novel. But main character, Jane Byrne is not of that community.

Jane is a former police detective who resigned her beloved job after a charge of excessive force. Suffering from PTSD, Jane finds a refuge within her landlords’ family—but after befriending their transgender daughter, Gigi, Jane also finds the seemingly normal landlords have their own issues.

Why the change in genre, Martha?

New Orleans offers an eye-popping lifestyle energy level. People are always on the go. There’s definitely an electricity in the air based on the local philosophy of laissez les bons temps rouler. I wanted to share that jazzy insane excitement with my readers. Using suspense helped me capture the buzz.

Four years after a traumatic event and four years of PTSD therapy, Jane still suffers. Does therapy work? Eventually? Jane actively engages the coping tools Dr. Wacky taught her and they do help, although she still has a long way to go overcoming the PTSD triggers that are continually cropping up in her life. Some of this is a long-term ongoing trust issue. Learning to rely more on Gigi Pascoe should help. 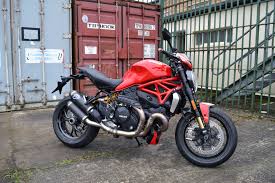 What’s special about Jane’s Ducati Monster motorcycle? Why did she choose it? Jane chose it because it looks so badass. I chose it (as the author) because the Ducati has a keyless ignition system and I needed that super easy access to further a plot point.

One of my favorite characters was Aunt Babette. Please describe her for our readers. Are she and Leslie of Creole descent? I’m so glad you liked Aunt Babette! She’s one of my new favorite characters. She was simply a joy to write about because she’s always ready to share her opinion and she has strong opinions on almost everything. You can feel it when Aunt Babette enters a room. Plus with her mediumistic ability, I can ask for advice and/or clues when I need to. Yes, she and Leslie are Creole. We’ll explore that amazing and historic background more in Street Angel, Book 2.

Do you reveal more about the characters through Aunt Babette’s masks she created for everyone at Leslie’s fiftieth birthday party? Or is this just Aunt Babette’s imagination?

That was an oddly strange thing that I only caught while editing. When I drafted the scene I casually riffed on the spirit animal suggestion, and I let Aunt Babette run with it because it seemed like a fun birthday party thing to do. Many chapters later it turned out that the masks held true meaning. Was my subconscious working overtime or was Aunt Babette really in charge of the idea from the get-go? Who knows? After all, she is a genuine NOLA voodoo queen. I’ll let her have this one.

Cheryl and Leslie seem almost like opposites. How are they best buddies?  Their close sisterly friendship developed as neighbors raising children of the same age. Cheryl Embry was raising her son Ryan as a working single mom; Leslie would watch Ryan to give Cheryl a break to go shopping or to church events. Despite their differences, they do recognize the mother’s love value and devotion in each other.

Is a Vieux Carre a New Orleans specialty? It certainly is! As a cocktail, it represents the very essence of NOLA by combining French brandy, Italian vermouth, American rye whiskey and Caribbean bitters. What could be more emblematic than that? The name “Vieux Carre” came from the French translation of “Old Quarter.” It was first stirred at the legendary Carousel Bar at Hotel Monteleone in the 1930s. It’s been a crowd-pleasing hit ever since. 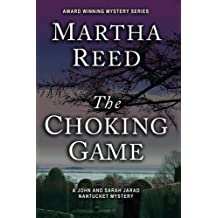 What’s the difference between voo-doo and hoo-doo? Voodoo is a religion equal to any other belief that people practice. Haitian voodoo came from Africa by enslaved people. NOLA voodoo is a blend of Haitian voodoo and French Catholicism. Hoodoo, which involves the use of dolls and pins, is considered a backwater superstition created mainly to support the tourist industry.

Is Club Femme du Monde real or based on a real LGBTQ club?

Club Femme du is loosely based on a fabulously decadent nightclub I once visited in Las Vegas, plus some other shady stories I heard about similar clubs in NYC. I’ve enjoyed imagining it, but those party folks stay up way too late for me these days.

Why does Leslie collect “lost” things? Leslie Pascoe was born with this aspect of her personality. She’s naturally very motherly although, as both Ken and Gigi notice, Leslie has been getting more secretive and extreme with age.

Gigi, Ken and Leslie’s transgender daughter drives what she calls “The Boat.” What is it? The Boat is a vintage 1976 V-8 fire thorn red Cadillac Eldorado convertible with a white leather interior. It gets horrible gas mileage, but Gigi bought it because it’s indestructible and it will carry the 6-8 people generally in her entourage wherever she goes. 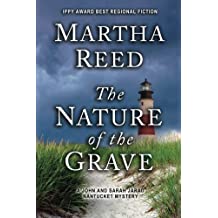 Jane tries to hide her former profession, but when Gigi’s friends start to disappear she betrays herself. How? Jane dedicated her previous life working as a detective on a police force. It was her passion; all she wanted to do. After she experienced the rejection and dismissal, it hurt too much to even think about her former life or who she used to be. As her friends begin to disappear though, Jane works her way deeper into the investigation until she realizes that she needs to reactivate her skillset because it may help save lives.

After Katrina, did over half-million residents of New Orleans relocate to Houston? Really? When the levees failed during Hurricane Katrina in August 2005, approximately 80% of New Orleans was flooded, making Katrina the largest residential disaster in U.S. history. Post-Katrina, NOLA reflected a loss of over half of its population due to displacement. Houston received more Katrina evacuees than any other city. As many as 250,000 people arrived in Houston during the peak of the storm. NOLA’s current population has recovered, but it’s still less than 80% of what was recorded in the 2000 U.S. census.

What is Diaspora? It’s an involuntary mass dispersion of a population from its indigenous territory. There are many reasons for diaspora. NOLA’s was climate driven due to Hurricane Katrina.

Jane is both repelled and attracted to the police, the police station, and investigation. But investigating is what she does best. How does she reconcile the disparity? This is a very real struggle for Jane in the book. She loved her former CSI forensic work and her old “thin blue line” police crew as a family, but their rejection embittered her. As you note, investigation is what Jane does best, so when she’s presented with a fresh opportunity to return to that world and add value to an active investigation, she owns her past and steps up.

Piddles, Fancy’s pet standard poodle is an unlikely pet for Jane. But she volunteers to take the dog. Is the dog Jane’s own form of therapy? Gigi and Delilah see that Jane is depressed and withdrawn. They hatch a plan and encourage Jane to foster Piddles in the hope that caring for the dog will help Jane crack her shell and if nothing else it will at least make Jane get up out of her chair to take Piddles for a walk twice a day. They are right, and in the end Jane learns to love the “ridiculous dog.” 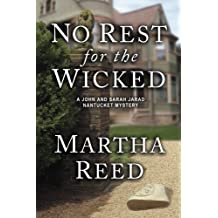 Who is Baron Samedi? In Haitian and Louisiana voodoo, he’s a loa (“spirit”) who serves as intermediary between Bondye (“Bon Dieu” or “Good God”) and humanity. He’s often shown with a top hat and a cigar. People near to death call on him for healing since only the Baron can accept individuals into the realm of the dead. He reportedly may be swayed one way or the other with generous gifts of good rum.

How is a professional death investigator (PDI) different than a coroner? A PDI investigates any death that falls under the jurisdiction of a medical examiner or coroner including all suspicious, violent, unexplained or unexpected deaths as well as sexual assault and mental health investigations. Coroners are elected to their office. They often do not have professional training or even a medical degree. Medical Examiners are appointed, and they are board-certified in a medical specialty. They all work out of a Medical Examiner’s or Coroner’s Office.

Who is Marie Laveau? Marie Catherine Laveau Paris Glapion was the most successful Creole voodoo priestess NOLA has ever seen. She worked as a skilled midwife, herbalist, and professional hairdresser. To this day people still leave bottles of hotel shampoo by her St. Louis Cemetery tomb hoping to curry favor. (Full disclosure: I’ve done this twice.) She is also Aunt Babette’s seven times great-grandmother on the Dulayne side of the family.

What is NIBRS? The FBI uses a National Incident-Based Reporting System to collate hate crime statistics. Data flags include the violent nature of offenses, close timing, known relationships between victims and any potential for bias motivation.

Will there be another book? What’s next for Jane and Gigi? Yes! I’m busily drafting Street Angel, book two in the Crescent City New Orleans Mystery series. It picks up immediately after Love Power and Gigi is standing in the wings right now, impatiently tapping her foot and raring to go. 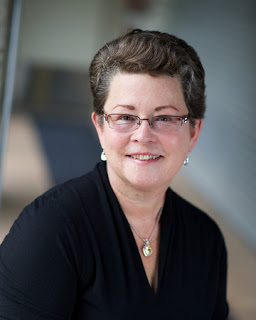