Back in August, I wrote about ‘Cleopatra Slippers,’ first published in THEMA, Spring 2005, and how that story, and the actual event that inspired it, changed my life. The same holds true for ‘Live Free or Die,’ my first published short mystery story (World Enough and Crime, November 2014). 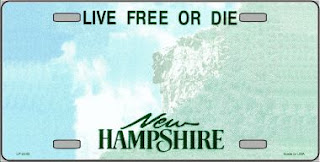 The premise behind ‘Live Free or Die’ is this: a 21-year-old woman, Emmy, working at an insurance company in Toronto, falls hard and fast for Jack, a man nine years her senior. And not just any man, but an efficiency expert on assignment from Portsmouth, New Hampshire, sent to straighten out the Credit Department where Emmy works. Jack is smooth, handsome, and debonair, and the naïve Emmy is no match for his charms. Consider this excerpt:

We were driving back to his place late Saturday night when he mentioned that it might be best if we keep our friendship a secret. “Not that we have anything to hide,” he said, “but why fan the flames?” I thought about my co-workers, gossips each and every one of them, and my supervisor, Molly, who didn’t appear to care much for Jack—likely because she felt her job was in jeopardy—and decided he was probably right.

“Okay.” I edged myself closer to the passenger door, not quite sure what else to say.

“Why don’t you slide over here, Emmy,” Jack said, patting the seat beside him. “Otherwise, folks might think we’re married.”

Fast forward a few scenes and poor Emmy discovers that Jack’s motivation for keeping their relationship a secret becomes clear:

It was about six weeks later when Molly came to my desk, carrying a card and a large brown envelope. Jack was back home in New Hampshire for a few days, returning midweek. I missed him.

“I’m collecting for the Jack and Jill shower on Wednesday,” she said, handing me the card and the envelope. “Whatever you can afford.”

I looked at the card, which had an image of a man and woman holding hands and standing under a white umbrella, a glittery rainbow behind them. It was the first I’d heard about a Jack and Jill shower, but then again, I’d kept pretty much to myself since getting involved with Jack. It was safer that way.

Molly gave me an odd look. “Well, Jack, of course, and what’s totally ironic is that his fiancée’s name is actually Jill. I thought he would have told you that day at lunch. You were gone long enough. Say you weren’t … ”

“Of course not,” I said, fighting the urge to throw up.

“It’s just that Jack developed a bit of a reputation as a womanizer the last time he was here. Of course, that was five years ago. He could have changed.”

It was the way she said it, more than what she said, that made me realize why Molly didn’t care for Jack. And it had nothing whatsoever to do with job security.

Five years ago, Molly had been me.

Now, if you haven’t already figured it out, the unfortunate Emmy is a version of me, and the lines Jack used, finding out about the engagement from a card for a Jack and Jill shower…all true. Of course, this was decades before the #MeToo movement. Instead of marching up to HR, seething with indignity, I stayed silent, embarrassed and worried that I might lose my job if I said anything.

Ah, but we writers have very long memories, and so, in *‘Live Free or Die,’ I finally gave Jack the punishment he so richly deserved. 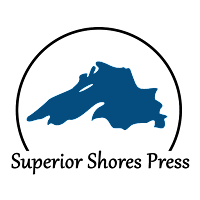 *‘Live Free or Die’ is included in Live Free or Tri: A collection of three short mystery stories.

Posted by Judy Penz Sheluk at 5:00 AM

Oh, Judy, indeed that is so sad. Sometimes I think real life satisfaction is behind the writer's trope to kill your darlings. I've done the same, but the novel still resides under my bed. Someday... Maybe in Moonlight & Misadventure!

Interesting story, Judy, and such fun to give out justice.

Thanks Kait, Margaret, Susan and Jim...submissions are starting to roll in.

Timeless story! Yet every young woman experiences it differently.

Thinking about a story for your new anthology! I've been proud to have a story in the earlier ones, among so many accomplished writers.

Thanks Kathleen, I loved both your stories and look forward to your submission.

Thanks Susan. Hoping to get some great submissions.

Thanks for sharing, Judy. So glad we can give comeuppance through our stories.