Who Comes Up with These Titles? by Jennifer J. Chow 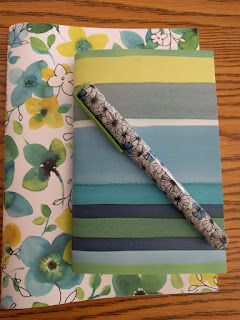 I really like punny titles. They’re cute and reflect my quirky sense of humor.

Recently, my marvelous editor, Angela Kim, at Berkley Publishing asked me to come up with a title for Book 3 in my Sassy Cat Mystery series. I balked at giving her suggestions. Why? Well, the title for the first book in the series changed a lot from draft to finished copy, and I worried about offering her an inadequate name.

My process for crafting a title starts with the theme of the book. In Book One, my main protagonist is a pet groomer, and the victim in the story is an unscrupulous dog breeder. I wanted to tie the title to animals and called my manuscript, Doggone Dangerous. (If you can’t tell, I enjoy alliteration.)

In the end, though, the marketing team came up with a more brilliant title: Mimi Lee Gets A Clue. I love how it places Mimi, my main character, center stage and employs a double meaning. The “get a clue” phrase could refer to the hints that Mimi picks up, but it also alludes to her getting a clue about her own life.

When I needed to come up with a list of potential titles for the third book, I started scrounging around for ideas. I wanted to exert my creativity, but I also understood I’d be constrained by certain parameters; the Mimi Lee name needs to start off each title because I’ve already created a pattern for the series (the second book is Mimi Lee Reads Between the Lines).

After seeing the first book’s title evolve over time, I wondered about other writers’ experiences. Did they also have trouble making up names? Had their titles changed from the beginning drafting period until the final product?

I took an informal survey of fellow mystery writers to find out. I’ve listed the authors and their titles below:

·         *Daisy Bateman’s Murder Goes to Market was shortened (her agent’s suggestion) from This Little Murder Went to Market; note the fun reference to the five little piggies

·         Ellen Byron’s Murder in the Bayou Boneyard (Cajun Country Mysteries) was originally known as Halloween Horreur; to avoid readers mistakenly thinking there was a typo, her publisher suggested the final title

·         Becky Clark’s titles have remained the same, but she keeps a long list of murder-y words on hand, so she was well-prepared for both her Mystery Writer’s Series and the first book, Puzzling Ink, in her upcoming Crossword Mystery series

·         Vickie Fee’s One Fete in the Grave (Liv & Di Series) changed from Oh, Slay Can You See after some author and editor collaboration

·         Leslie Karst exchanged the title A Matter of Taste for Dying for a Taste (Book One in her Sally Solari Mystery Series) to make it sound more murder-oriented.

·         Lisa Q. Mathews created all the titles in her Ladies Smythe & Westin Mysteries; however, the title for the first one, Cardiac Arrest, started off as Sweet Way to Go

·         *Elizabeth Penney’s Thread and Dead (Apron Shop Series) came from her own creative mind, as did the title for the first book in the series

What’s the takeaway message? Some authors nail the title on their first try. Others need to employ a little tweaking. And always trust your editor and agent!

As for me, my editor and I have narrowed down the possibilities for Book 3. Suffice it to say, I’m definitely leaning toward her suggestion!

On a side note, you can use this mystery title generator as a starting point for inspiration: https://blog.reedsy.com/book-title-generator/mystery/

Have you heard of book titles changing? Share those stories and your favorite titles below!

So interesting to see how titles have evolved over time.

My publisher changed one of my titles from Death by Doubloons to Death by Sunken Treasure. That said, my working titles have never been my final titles. As I write, I learn more about the story and by the end of the day, the first title doesn't seem to ever fit the book!

Titles are fun, but hard. Sometimes one pops into my mind; sometimes it takes a lot of brainstorming with others.

I have a half-finished novel where a murder victim is found in a laundromat. The working title is "Wash, Spin and Die."

I like Donna Andrews's bird titles, the most recent of which is The Falcon Always Wings Twice.

Kait, thanks for sharing about your evolution of titles. I do like the sound of "Death by Sunken Treasure."

KM, love the working title! I like the idea of team collaboration.

Margaret: Those bird titles--what a *hoot*!

I think Shari's Lobster series had the best titles. If I were Shari, after all those years of trying to get published, and then to have my first title to be: Curses, Boiled Again--I would have laughed myself silly. Nothing like a dignified debut! You have to have a sense of humor in this business!

Then there's Sharyn McCrumb's If I'd Killed Him When I Met Him. Love it!

I just tried the title generator and got "Mystery of the Black Turnip." I rather like it, actually!

Titles can be so hard! With the Apron Shop Series, I needed titles that referenced the theme (aprons and sewing) while alluding to murder. HEMS & HOMICIDE, THREAD AND DEAD, BODIES & BOWS. Some clever ones take a common phrase related to murder or the theme and tweak. Like one I saw recently, "By Book or By Crook."

Thanks for including me in this, Jen! So fun reading how all the different titles evolved, and can't wait to see what you land on for Mimi #3! I got "Death of the One-Toed Ferret" from the title generator, which is certainly intriguing :-)

I hope someday you can use Doggone Dangerous - I'm a fan of alliteration, too!
Yep, CURSES, BOILED AGAIN made milk spurt out of my nose when I first read it at breakfast. That was my editor's boss' suggestion and I think she's a genius.
Even though I like Doggone Dangerous, I think the title you ended up with is terrific. Putting the character front and center is a great idea.

I used the generator and got DEATH OF THE ORANGE CONDUCTOR. I didn't like that one so I tried again and got THE CASE OF THE HOLLOW TURNIP.

I guess I'll stick with my regular process!

Leslie--a black turnip mystery? That sounds like it's in your culinary wheelhouse. Go for it!

Liz, I hear what you're saying. How do we combine different themes and murder together?

You're very welcome, Kate. So excited about your new series. A ferret mystery could be fun. :)

Shari: I agree about putting the character front and center. I love how milk squirted out of your nose--that's when you know you've got a winning title.

Hi, Becky! What's with all these turnip mysteries? I definitely like your process of keeping a list of murder-related words and phrases.

Oh, what a great post! Loved learning all about these.

I have a very long file of Titles (or Words) That Might Be Useful Someday but whenever I look at it, I think: ugh, nothing seems quite right. The same as when I stand in front of my closet.

The title generator gave me this > The Mystery of the Kissing Librarians. Kind of loving that!