We all know about criminals who have exhibited questionable judgement. There was the fellow whose gun did not fire when he pulled the trigger. Puzzled, he looked down the barrel and tried again. This time, it worked.


Or the assorted bank robbers who wrote their notes demanding cash on the back of a notice from their parole agent, or their own deposit slip. But sometimes people may not be intending to commit a crime when they exercise such questionable judgement. High on that list is the man in Korea who needed a wheelchair or a mobility scooter to get around. He chose a scooter. When an elevator door closed a few feet in front of him, security video showed that he became visibly outraged. He backed his scooter up a few feet and rammed the doors to the elevator. He repeated this several times, eventually breaking the doors down, at which point both he and his scooter tumbled into the elevator shaft and down several stories, to his death and the detriment of the scooter.


A man living in a house with several roommates became upset when he discovered two socks missing. Suspecting that one of the roommates was responsible, he attacked him with a sword. Two others tried to intervene, but were also attacked. The original victim lost several fingers, and the attacker was charged with battery. Rather an extreme reaction.


Stealing a 25-foot-long shed is a hard crime to conceal, especially if the culprits drag it down the road behind their pickup truck. As if that wasn’t bad enough, one of them had not thought to ditch his crystal meth and illegal pills prior to embarking on the venture. They were caught.


One clever guy used an FBI office as the shipping address for an order of 50 cell phones. He paid for the order with a fraudulent “cahier’s” check. The misspelling prompted a call to the FBI office. When the man waited outside the office and flagged down the delivery driver, several FBI agents intervened.


A woman who was having a dispute with her cable company took her revenge out on an employee. While he was working on lines from an elevated bucket, she turned the truck off and took the keys, 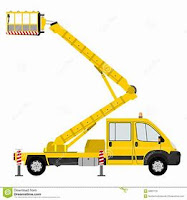 leaving the worker stranded and his co-workers unable to lower the bucket. The woman was arrested and faced several charges.


Two police constables in Toronto had to call for assistance after sampling some of the wares at a marijuana dispensary during a raid. They called for help after they began hallucinating, with one of them eventually climbing a tree. They were subject to disciplinary action for mishandling the evidence.


Authorities in Germany were called to a domestic dispute. Neighbors said the loud exchange had been going on for a long time, the volume was accelerating, and they were concerned, especially as an aggressive dog seemed to be involved. The responding officers found a man yelling occasional expletives at his girlfriend’s parrot, who provided most of the shouting and all of the barking.


A clerk at a bank was informed by a teller working the drive-through that someone had presented one of her personal checks to be cashed. She called authorities, who informed her that four residences in her neighborhood had been burglarized, including hers. The teller tried to stall the would-be check-casher, but he became suspicious and drove away. However, since he had handed in his driver’s license and social security card for identification and failed to pick them up before he left, police did not have much difficulty finding him.


Surveillance video caught a picture of a woman robbing another at gunpoint. When the police posted a picture, asking the public for help in identifying the woman, she called and asked that the picture be taken down, since she felt it was unflattering. The detective with whom she spoke suggested that she come in and they could discuss it, perhaps finding another picture they could substitute. The woman did come in, and soon the police had a much clearer mug shot of her.


Another helpful pair of thieves took a number of items from a car, including a Kindle. They took a selfie with the Kindle, not realizing it would automatically post to the owner’s Cloud. That made it much easier for the police to track them down. 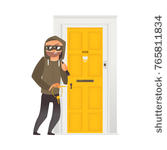 A would-be burglar made it even easier for the police to apprehend him. He tried to break into a house, but failed. However, he did cut his hand, so he left blood at the scene. Not totally discouraged by his lack of success, he found another house nearby where a window in the back door was already broken, so he reached through the broken glass, unlocked the door and let himself in to that one. Unfortunately for him, that house had been burglarized previously that day, and the police were at that very moment in the living room taking a report from the owner.


If a writer tried to include most of these incidents in their books, most editors would label them as “not realistic.” Indeed, truth can be stranger than fiction.

These are hilarious, and I agree that most readers would find these scenarios too unrealistic for fiction. That's just as well, I guess. It would be hard to write a book around mysteries solved this easily!

Crazy, Kathleen. But we live in "who would believe it?" times.

My favorite is man and parrot. Truth is certainly stranger than fiction and any good critique partner would cut these in a heartbeat!

Many thanks for the morning laugh, Kathleen.

Just goes to show you how dumb some of these individuals are. I read of one bank robber who wrote the note to the teller on his own deposit slip.

At my wife's credit union a woman came in with her baby and after completing her transaction, decided to rob the credit union.

The difference between reality and fiction is that fiction has to make sense. And in these cases, reality is much funnier!

How funny! I came across another genuis while reading cases for a brief this weekend - this man worked for the Alabama Bureau of Investigation, and prior to committing the murder, had been walking around the office reading books on "how to commit the perfect murder" and discussing the book with his collegues! And it really wasn't a good idea for him and his accomplice to kill the victim the day the insurance policy (which was the second one on the victim he had applied for) went into effect, either.

Marla, you're right. If the situation is too easily resolved, there's really not much of a story to it.


Margaret, a lot goes on that leaves most people shaking their heads in disbelief.


Kait, I love the parrot, too. AA friend had a parrot who lived in a room where a TV often played, and had an entire list of commercials he could do.

Grace, while some criminals are certainly intelligent, thoughtful people, many are brain-addled addicts or otherwise just stumbling through life without thinking things through.

Warren, you have to feel bad for the baby. What kind of a parent would this woman make?

Annette, you're right. The fiction has to make sense or people won't believe it.

Nancy, you'd think someone who worked in a law enforcement environment would have learned better, but apparently not!