Debbie: Thank you for inviting me, Marilyn. As you know, I write cozy mysteries as well as in other genres. I’m a full-time adult reference librarian and a great lover of cats, three of whom live in my home. 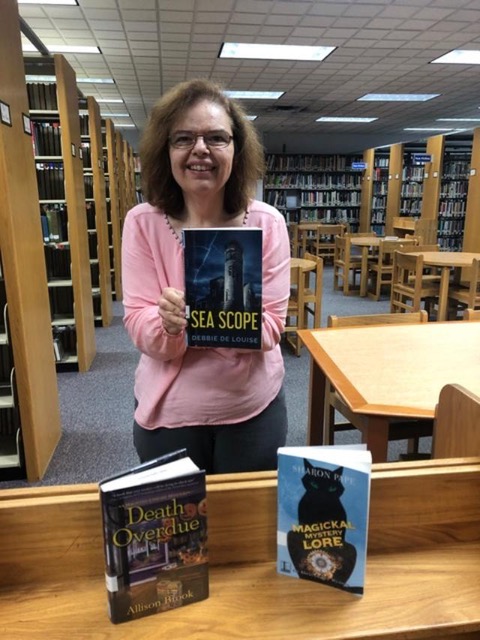 Marilyn: How did you get started in writing?

Debbie: I’ve always been an avid reader. That’s one of the reasons I became a librarian. When I was in college, I gained experience writing for the college newspaper. After I married, I wrote articles for pet magazines and joined the Cat Writers’ Association. One of the requirements to become a professional member was to have two published articles, so I started submitting my work. A few years later, my short mystery story appeared in the Cat Crimes Through Time anthology and I self-published my first book, Cloudy Rainbow, after my 15-year-old cat Floppy died. I didn’t write for some time after that because I was working full-time and had a young daughter, but a library patron persuaded me to start writing again. In 2015, I published the first book of my Cobble Cove cozy mystery series, A Stone’s Throw. Since then, I’ve published 8 books, one novella, lots of short stories, and a few magazine articles.

Marilyn: Quite inspiring. Can you tell us more about your cozy series?

Debbie: The Cobble Cove books take place in a small fictional upstate New York town and feature a librarian, a newspaper publisher, and a Siamese library cat named Sneaky. As the books progress, Sneaky takes on more of an active role. In the fourth book, Love on the Rocks, he's joined by a female calico named Kittykai. In the stories and novel that follow, readers know Sneaky and Kittykai’s thoughts as they help solve mysteries. This fifth title is set in October and involves a Halloween mystery.

Marilyn: Tell me a little bit about your new release, Memory Makers, which is a medical mystery. What inspired you to write it?

Debbie: Lauren Phelps, a kidnap investigator, volunteers for a clinical trial of a new memory drug in the hopes of recalling the face of the man who murdered her sister twenty-five years ago when the two of them were taken from their backyard. The idea for Memory Makers came about because I wanted to write about memory disorders after my mother died. My dad had Alzheimer’s and my mother had dementia. Many of my experiences and those of my parents are featured in the book. For example, one of my characters in the clinical trial believes she's in school and that the other patients are classmates—something my mother believed when she was living in the nursing home. 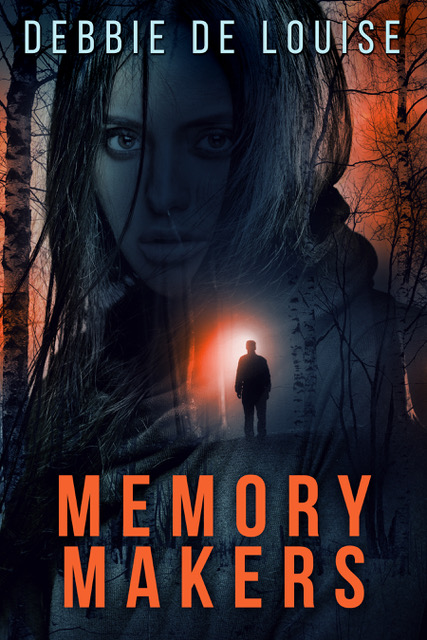 Marilyn: Do you feel that your work as a librarian helps with your writing?

Debbie: Definitely. I order the fiction and mystery books for our collection by reading reviews, so I have an idea of what’s popular in those genres. I’m also a reviewer for Booklist.

Marilyn: How do you promote your books, and do you have tips for other authors?
Debbie: I promote my books on social media: Facebook, Twitter, Goodreads, etc. I also have two blogs, a newsletter, and I belong to two retweet groups and AllAuthor, which I find to be a helpful promo site. I have my own Facebook group, Debbie’s Character Chat Group, that’s hosted each month by one of my characters who shares excerpts and information about the book in which they’re featured.

Promotion is a time-consuming activity, and authors have to research what works best for them. My only tip is that it’s important that authors—whether self-published, with a large publisher or an Indie—network with other authors.

Marilyn: Do you have any future goals?
Debbie: My plan is to find a literary agent to represent me and to publish many more books and short stories.

Marilyn: Besides Memory Makers, do you have any other new books coming out soon?

Debbie: Yes. I also just released “Sneaky’s Summer Mystery,” another Cobble Cove story and I’m working on the fifth Cobble Cove mystery, tentatively titled, No Gravestone Unturned, that I hope will be published in the fall. Lastly, I’m also self-publishing a non-fiction cat book, Pet Posts: The Cat Chats, featuring articles and blogs related to feline health, behavior, and humor all told from a feline point of view. This book should be out later this month.

Marilyn: Thanks for the great interview, Debbie, and best of luck to you on your new releases. Please list your social media links for readers who wish to connect with you.

Debbie: My pleasure, Marilyn. Thank you for the interview.

Posted by Marilyn Levinson at 12:00 AM

Welcome, Debbie! I look forward to reading your books. And, thanks to you and all your librarian colleagues for keeping the libraries running during the pandemic. What would I do without a fresh stack of books and DVD's every week?

You have such a busy life! I love cats, too; we're down to three (we haven't deliberately acquired a cat in 30 years, but at one time we were up to nine who just showed up.) Perhaps people are being more responsible with their pets.

I'll be looking into your books!

So glad to have you with us today, Debbie. I love the photos that you take of your cats every day.

Thank you for visiting, Debbie. I am in awe at how prolific you are and looking forward to meeting the human and feline crew in the Cobble Cove series.

Sounds like fun! Sneaky, what a wonderful cat name.

Thanks so much for the interview, Marilyn, and thank everyone for their kind comments.