The Chicken or the Egg: Writing From the Inside Out by Jean Rabe


Which comes first … the method of demise, or the victim?

How he died … what killed him … motivates me. Who, what, when, where, and why are obvious necessary elements, but it’s the How that sits at the heart for me.

I often write mysteries from the inside out, picking the method of demise and then spiraling outward with the plot. I establish the method first, then the victim, before building the story around that deceased character. It’s usually initiated by some tidbit I saw in the news. 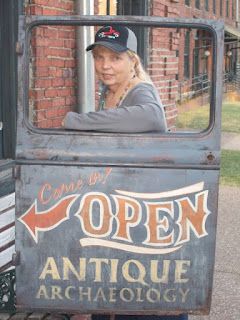 For example, a few years ago I read about a pacemaker that could be hacked. Patients would use landlines to call in and have their implants checked by wirelessly connecting them to a hospital’s internet. During such a call, a savvy hacker in Bluetooth range could slip in and modify the pacemakers in a potentially fatal way. Some prominent individuals, among them Vice President Dick Cheney, had the wireless feature of their pacemaker disabled to protect against this.

So my victim would die by a hacked pacemaker. And it would be difficult to detect, almost impossible. My victim had to be someone who needed a pacemaker, so I created a feisty and interesting nonagenarian who on the surface had no enemies.

Then the villain. Who would be low enough to hack a pacemaker? And clever and skilled enough? Why would they do such a truly rotten thing? And why kill this particular nonagenarian?
From method to victim to killer to motive I grew my story, and then seeded it with a wealth of other characters and happenings. That happened in one of my earlier Piper Blackwell novels. I’ve just released the fourth in the series, The Dead of Jerusalem Ridge, and I plotted it from the inside out, too, though I dealt with two murders in this case. One was straightforward with a bullet, the other was rather…well, I won’t go into that as it would give away the story.

Maybe it’s a backwards approach. I’ve written forty-plus novels, most of them fantasy and science fiction, and while they dealt with death—sometimes in the thousands—they weren’t specifically about murder. I drifted to murder mysteries a few years ago and have decided this is the genre I’ll stay with. Fits me like a comfortable old shoe. My backwards-inside-out method suits me, too.

There’s no one correct way to write a mystery…to write anything for that matter. You pick the way that works best for you and run with it. Me? For whatever reason I’ve become fascinated with unusual methods of demise. I have a file on my computer stuffed with all manner of possible methods to kill characters. This morning I added a piece on the Asian Giant Hornet, the two-inch-plus beastie called the Murder Hornet that has made its way to the United States. In Japan, these hornets kill about fifty people a year, most of them to anaphylactic reactions. However, a colony of the hornets can sting with enough toxicity to take down a one hundred and fifty pound animal … or person.

Death by Murder Hornet is on my radar. So is dry drowning. My folder is filled with unfortunate 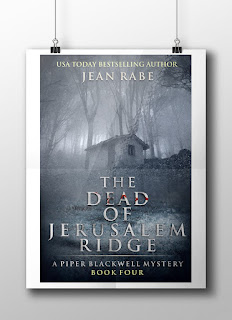 I think the “how” of a death is central to the plot because it helps define both the villain and the victim. How someone does away with another individual tells a great deal about that killer, about the deviousness, cruelty, affluence, motivation, physical capability, age, sex, and perhaps culture.

I started my writing career as a news reporter for various papers in Illinois, Kentucky, and Indiana, and later as a news bureau chief. I covered plenty of accidents, disasters, and murders. Too many murders; I learned how truly awful people can be to each other. Following the cases from the discovery of a body up through the trial was an education and a glimpse into the dark parts of a human heart. Even back in my reporter days, the “how” of a death was a crucial component in determining why someone committed murder. It was all sadly fascinating.

I much prefer my fictional murder mysteries to the real thing. I can always let the good guys win and can always lock up the villains. And I can plot it all from the inside out.

Jean Rabe is the author of forty-some novels and more than one hundred short stories, and she’s edited a few dozen anthologies and more magazine issues than she cares to remember. This summer she was presented the Faust Award and named a Grandmaster by the International Association of Media Tie-In Writers for her body of work. She won the Illinois Author Project 2019 Award for her novel The Bone Shroud. And she’s been nominated for a Silver Falchion Award this month for her Piper Blackwell novel, The Dead of Summer. When she isn’t writing or editing, she delights in tossing tennis balls for her cadre of dogs. She lives in a tiny town surrounded by railroad tracks. To learn more about the USA Today bestselling author and her work, please visit her website at www.jeanrabe.com.