How The Light Gets In by Connie Berry 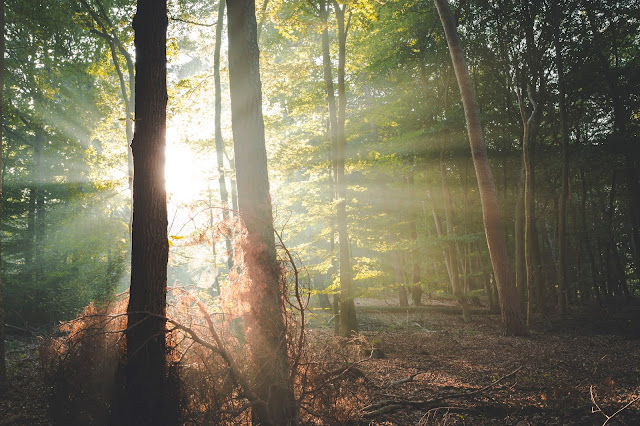 We are all broken. That's how the light gets in.

The famous quote by Ernest Hemingway is all over the internet. The problem is he never said it.
Leonard Cohen sang it in the song "Anthem":

Forget your perfect offering
There is a crack, a crack in everything
That’s how the light gets in. 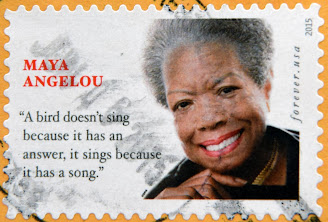 Misquoting isn't difficult to do. An inaccurate quote is posted online and then reposted and retweeted thousands of times with no one the wiser. And it's not only social media. The U.S. Postal Service misquoted Maya Angelou on a stamp. The quote attributed to Angelou was actually penned by Joan Walsh Anglund:

Not surprisingly, the Post Office decided not to reprint the stamp.

Okay—got that off my chest.

My real interest in the quote involves the way authors portray light in their writing—literally how the light gets in. Most writers know they should provide sensory details like sight, sound, smell, taste, and touch. But how about light? 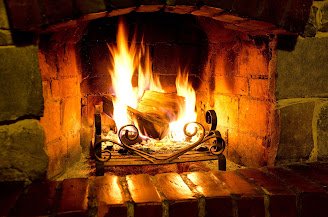 I learned so much the summer I took an informal master's class from the late Ohio author Nancy Pinard. I've written about it, here and elsewhere. What I've never mentioned is a comment she made about light. "In every scene," she said, "establish the source of the light  as quickly as you can." That source could be the sun overhead on a bright day or the silvery light from a full moon; it could be light streaming through an open window; it could be soft lamplight or the clinical white light of an operating theater or the warm glow of a log fire. As Pinard was quick to point out, the concept wasn't original to her. I wish I'd paid more attention to her attribution.

Regardless of the source, I took her admonition to heart. Here's an excerpt from an early scene in my debut mystery, A Dream of Death:
I turned up the collar of my jacket and dashed toward the hotel. The temperature had dropped, and the rain had turned to icy pellets bouncing off the gravel path. Another storm was on the way.
As I neared the house, pathway lighting gave way to flickering gas lamps that washed the façade with liquid gold. Candle flames danced in the windows. Plug-ins, I supposed, but they looked authentic. With a little imagination, it could be 1810.
Here's an interior scene from my forthcoming mystery, The Art of Betrayal:

I found Lady Barbara and Vivian in the private sitting room with its white marble fireplace and faded wallpaper in a vintage design of urns and flowers. Morning sunlight streamed through the deep-set windows, picking out the frayed cushion on the arm chair and the missing fringe on the carpet.

"Providing the light source," Pinard said, "helps the reader form a mental picture." But that's not all it does. Like other physical details, establishing the source and direction of the light can reflect, advance, and reveal setting, character, and plot.

In the scene from A Dream of Death, for example, the flickering gas lamps and candle flames help establish the rich Scottish history that figures prominently in the setting and plotline.
In the scene from The Art of Betrayal, the daylight streaming into Lady Barbara's sitting room shows the reader that her Elizabethan mansion, Finchley Hall, is crumbling around her—another major plot point—and revealing Lady Barbara's passion to uphold her family honor, even under dire financial circumstances.

But how does a writer get things right? If you've already established that a certain room faces east, you can't have light streaming in at three or four p.m., can you? And if a scene is set at nighttime in winter, you should probably mention your character flipping on the lights when he enters a room. 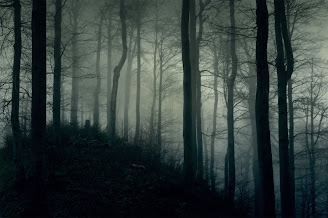 In one of the later scenes in A Dream of Death, the protagonist, Kate, explores a deep ravine, searching for a missing person. I needed the light to be rapidly diminishing, with deep shadows obscuring the landscape. Great, but when does that happen in the Highlands of Scotland in early November? How could I find out?

If the internet gets lots of things wrong, it also gets some things right. One of the most helpful websites, especially for a writer who sets a novel in a foreign latitude and time zone, is www.timeanddate.com. Not only does this fact-filled website provide calendars, time zones, a world clock, weather information, and phases of the moon, it also gives the times of sunrise and sunset for any location in the world. By plugging in my location in the Inner Hebrides and setting the date for November 1, 2020, I learned that the sun would rise at 7:20 a.m. that day and set at 4:31 p.m.

Okay, that's helpful, but what does sunset really mean? Would the light have diminished enough by 4:31 p.m. to serve my purpose? Fortunately the information was right there for me, giving not only the time of sunset that day but also the times of civil twilight, nautical twilight, and astronomical twilight. 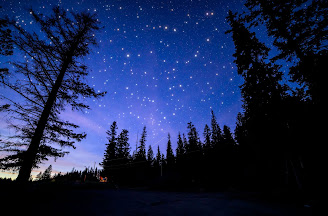 Civil Twilight means that period of time after sunset when everything is still clearly visible but you might put on your car headlights to make sure other drivers see you.

Nautical Twilight is when the sky is too dark to see objects in the distance, but we can make out the horizon and trees due to the remaining brightness in the night sky. We begin to see stars in the night sky.

Astronomical Twilight is the darkest phase of twilight and (unless the moon is full) the best time to see the stars.

For the purposes of my novel, I needed the time to be precisely at the outset of nautical twilight—about 6:00 p.m. on the first of November, I learned. That required a change in my timeline, which I was able to accomplish. Whew!

In your writing, how does the light get in?

What helps you form a mental picture as you read?

We live at the edge of the eastern time zone, which means daylight till 9pm in the summer and waking in darkness much of the year. I think about light all the time, especially when I'm setting a story on Cape Cod in the winter, when it's dark by 4pm.

I found myself taking notes while reading your post. Excellent points. I try to work in the senses when I write, but I had not considered focusing on light. I definitely will in the future.

Thanks, Connie! I've bookmarked the website -- very helpful. I love how your writing about the light enhances the mood of your mysteries.

I'll have to get one of your books. You write beautifully.

I'm about to begin "Where the Crawdads Sing" by Delia Owens. There is a part of me that is so jealous about her book. I use a lot of nature in my writing. I live in a rural area and am a retired science teacher; so I am a naturalist to begin with. I understand Delia Owens is a zoologist.

Wonderful post, Connie. My books are set in South Florida. Light does play a big part given the setting, but I never thought about it being a need. Very insightful.

Oh no about the Maya Angelou quote on the stamp!

This is such a fascinating post, Connie! I learned so much about light from reading this, and I love the beautiful examples you gave from your own books.