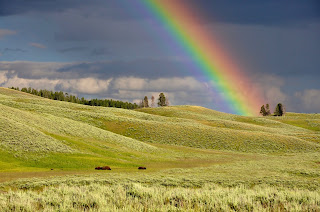 Photo by Todd Cravens on Upsplash
Note: No rabbits were hobbled and no clovers were plucked in the writing of this article.
Even if you were not born under a lucky star or chosen as one of fortune’s favorite few, research has shown there are seven ways to enhance your luck.
1 Relax:
In one experiment, participants were asked to perform a menial task, i.e., to count how many photographs were in a newspaper. Unlucky people took about two minutes on average to complete the assignment. Lucky people were done in a few seconds.
Why? Because of the message, “STOP COUNTING-THERE ARE 43 PHOTOGRAPHS IN THIS NEWSPAPER,” which took up half of page two. Unlucky people skipped right past it while the lucky ones spotted it right away. Unlucky people also missed a second large message in the middle of the paper, “STOP COUNTING, TELL THE EXPERIMENTER YOU HAVE SEEN THIS AND WIN $100.” Again, the unlucky people were too busy looking for photos.
“Lucky people are skilled at creating, noticing and acting upon chance opportunities,” said the researcher, Dr. Richard Wiseman. “They do this in various ways, including networking, adopting a relaxed attitude to life and by being open to new experiences.”

2: Have the guts to trust your guts
In surveys conducted by Dr. Wiseman, 80 to 90% considered lucky reported they trusted their intuition in personal relationships and making career choices. Unlucky people reported doing so about 20% less.
3: Dream BIG
Like the song Happy Talk in the musical South Pacific: You’ve got to have a dream. If you don’t have a dream, how you gonna’ to have a dream come true? Visualize your goal in as much specific detail as possible. Start working toward it. Take steps toward it no matter how tiny they are. If moving forward a yard is too hard, an inch is a cinch.
4. Fake it until you make it
Even when success feels unlikely, behave as if it is definitely going to happen. Acting like a winner projects the image and emotion of winning. Behaving is becoming;  you can convince yourself as you convince the rest of the world.
5. Gain from losing

Follow the knowledge you gained from your last attempt. Keep what works and try altering what did not work. With your eyes on the prize, that is what we call progress. The only failure is the failure to try again. That failure disappears with the next try.

7. Expect success
Lucky people succeed in part because they expect to. They understand that they are active in determining their luck. My father often told me, “The harder I work, the luckier I get.” Lucky people stay alert to opportunity, take risks based on their gut feelings, visualize what they want to achieve, act like winners however they feel at the moment, see temporary failures as opportunities to learn and improve, and adapt their efforts based on what they have learned.

Interesting! I'll have to consider myself lucky from now on and see where it takes me.

I've always thought that most luck was the result of preparation meeting opportunity.

This is interesting. At my age I guess I was able to believe in myself mostly and accomplished what I wanted even when there were glitches in the way. I didn't start college until I was 42 years old and graduated with honors. I got a job I wanted soon afterwards and enjoyed it until I was ready to retire. Then I took up writing mysteries. When I couldn't get a publisher, I decided to self-publish and have done very well with that and with less stress meeting deadlines even though I have followers begging me to hurry up with my latest book I'm working on.

Gloria, You are remarkable

Thank you, Warren.That made me laugh.

Thoughtful and encouraging comments. Thanks for sharing!