Becoming a Writer After Doing Something Else Your Entire Life By Peter W. J. Hayes 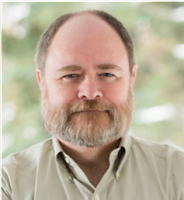 Choosing late in life to become a writer, as I did, comes with baggage. Not a roller case, but an integrated backpack system you can’t remove. It goes by the name of the career you left behind, and mine was thirty years long, including twelve years leading the marketing department at one of America’s largest multinational corporations.

At least for me, it was never going to be as easy as ending one career and starting another. When I first sat down to write, the backpack straps dug into my shoulders and the weight clamored to be part of my fledgling new writing life. I had no idea how to connect the two, I just knew that I needed to.

I started, as all wiseacres do, with jokes. Marketing, I liked to say, was superb preparation for writing crime stories. But the cutting weight on my shoulders told me that insulting my first career wasn’t a solution.

Fortunately, when I began to write, I made the conscious decision to focus on short stories, using the logic that I would start small and work up. A rookie mistake, perhaps, but it had a benefit. Short stories require compression and clear thinking, which reminded me of the five years I spent writing advertising and direct mail copy. Copywriting champions brevity, ideation, rewriting, and the ability to hold a reader’s interest, techniques useful to short stories. Thankfully, as I unpacked those skills, I also settled back into my writer’s thick skin. After all, those five years taught me that my best draft was always, always my editor’s starting point.

Then, at a writing conference, I heard a panelist exhort the attendees to write what you know. But she giggled after making the statement, and I suspected she hadn’t spoken a truth about writing, she’d spouted folklore.

Folklore is something marketers understand. All marketing projects begin with research, and the holy grail of market research is to identify folklore, to expose the difference between what people say and believe, versus the truth about companies, products and marketplaces. And book plots, I realized, were like marketplaces. They had their own logic, cause and effect, and ultimate truths. The red herrings and misdirection in mysteries were the folklore to be debunked.

Light on my feet, now, I began my first novel, and when I did my marketing skills jogged with me. They kept me company, egged me on, and became the teammates I couldn’t disappoint.

Then, during a panel discussion at my first mystery conference, I heard an author tell us not to write what we know, but to write what you don’t know. A clever twist, I thought, until I realized there were only two ways to meet that challenge: research, and most of all, imagination.

Suddenly another part of my first career opened up to me. Over three decades, I saw people trapped in the maw of incompetent bosses, office romances blossom and die, the wreckage caused by poorly conceived projects, staggering self promotion and the withering of promising ideas. People had lied to my face, lied about me behind my back and schemed for my job. Others told me the truth when I needed it most, or stuck with me when things seemed impossible. People had trusted me, and I had learned to trust them back. I saw all of these things, and I knew them as absolute truths. I believed in them. And with a little imagination, I realized, those things could live in my novels.

The backpack slipped from my shoulders. I could write what I knew, and thanks to imaginative twists, place it all in a new context. My characters now felt real to me, which made me believe they would feel real to the reader. And just like that, the weight of my first career transformed into the airy kiss of a blessing.

Although I still plan to make jokes about it, here and there. 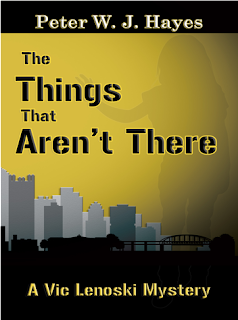 Peter W. J. Hayes is a recovered marketing executive and mystery writer. The first novel of his Pittsburgh Trilogy, The Things That Aren’t There, launched in July, 2018. His short stories have appeared in various anthologies and publications, including the 2017 and 2018 Malice Domestic anthologies, Black Cat Mystery Magazine, Mystery Weekly, Mysterical-E, and The Literary Hatchet. He has won or been shortlisted for various awards, including the Crime Writers’ Association Debut Dagger Award. You can find him at www.peterwjhayes.com.

Welcome to Writers Who Kill, Peter! And I love the book.

My own version of the "write what you know" theory is "write what you WANT to know" which leads to a lot of fun research. But the way you merge your past marketing skills into your writing has been eye-opening to me.

Full disclosure: Peter was one of my Critique Boot Campers in July, so we've discussed this in a bit more detail than what's here. He could teach a workshop on hooks, capturing the reader's attention, and using each word to keep it. Marketing 101 and writing 101.

I'm with Annette. I write what I want to know more about. Congratulations on your latest release.

It's great that you can use that wealth of work experience--good and not so good-- in your writing.

Welcome to Writers Who Kill, Peter. I didn't start writing books until I was in my mid to late 60s. I'm now on the tenth book in my mystery series. I both write what I know and what I research to fit in. I also write short stories and poetry. I'm putting your book on my TBO list.

Your past experiences, including other careers, aren't going to leave because you've decided you want to be a writer. Since those experiences have gone into making you who you are, use them! They make for a richer and more nuanced read for your audience.