An Interview With Judy Penz Sheluk

One of the best things about traditional mysteries is the puzzle they present—readers trying to solve the mystery based on the information and clues the writer weaves into the story. Judy Penz Sheluk, in her most recent mystery, Past and Present, provides readers with an intricate puzzle that had me turning pages. I didn’t want to put it down.

Sometimes the past reaches out to the present…

It’s been thirteen months since Calamity (Callie) Barnstable inherited a house in Marketville under the condition that she search for the person who murdered her mother thirty years earlier. She solves the mystery, but what next? Unemployment? Another nine-to-five job in Toronto?

Callie decides to set down roots in Marketville, take the skills and knowledge she acquired over the past year, and start her own business: Past & Present Investigations.
It’s not long before Callie and her new business partner, best friend Chantelle Marchand, get their first client: a woman who wants to find out everything she can about her grandmother, Anneliese Prei, and how she came to a “bad end” in 1956. It sounds like a perfect first assignment. Except for one thing: Anneliese’s past winds its way into Callie’s present, and not in a manner anyone—least of all Callie—could have predicted.
www.judypenzsheluk.com

Welcome back, Judy, to Writers Who Kill.

The latest book in your Marketville Mystery series has your main character, Calamity “Callie” Barnstable forming a team for her Past & Present Investigations business. What exactly is her business?

Past & Present Investigations isn’t your typical P.I. firm, in that neither Callie, her partner, Chantelle, or their team are licensed private investigators. Rather, Callie is taking the skills she acquired in Skeletons in the Attic, when searching for the truth about her mother’s disappearance thirty years earlier. Their first case involves a thirty-five-year-old woman looking for information about her grandmother, who immigrated to Canada in 1952 and came to a “bad end” in 1956.

Her team includes a genealogist, a research librarian, an antiques expert, and a resident psychic. What do these different areas of expertise bring to the team?

I’ve recently become somewhat fascinated by genealogy and relatives I’ve never met. I thought an expert in this field could explore that in their investigations. The research librarian culls old newspaper articles looking for information. The psychic specializes in tarot, and she’s started a Misty’s Message page that has proven to be far more helpful than Callie (who wasn’t crazy about the idea) could have anticipated.

Occasionally Callie relies on the aid of someone with a skill in psychometry or psychometrics. What exactly is that? 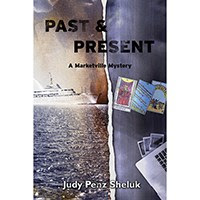 Psychometry is another name for object reading. It’s based on the theory that the human mind radiates an aura in all directions, which impresses everything within its orbit. Since all objects are porous, the minute holes in the object’s surface collect fragments of the mental aura of the person who possessed the object. There’s no scientific evidence that psychometry exists, and skeptics explain alleged successes of psychometry by cold reading and confirmation bias. Callie definitely leans towards the side of non-believer.

I’ve been a fulltime freelance writer and editor since 2003, with a lot of that work done for a wide variety of trade and consumer magazines (home building, finance, agriculture, antiques, engineering, pile driving, travel etc.). One of the skills you acquire pretty quickly if you want to be successful as a freelancer is the ability to research, which usually includes talking to experts (people love talking about their work/passion). Behind each of my team members’ research is me, the author, making sure even the small details, like old train schedules and ship menus, are accurate. 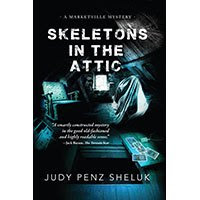 I’m a bit of both. I think there are people who may have psychic abilities. I also think there are plenty of fraudsters. When I was about sixteen, my mother and her best friend, Kay, dragged me to an “event” where a blind psychic would go into the audience, take a proffered object, and tell the owner something about it (for something like $10 a pop). At the time, Kay and my mom were big on going to fortunetellers, Kay being recently divorced and actively looking for a replacement husband and impending news of where or when she’d find one, whereas my father had died of stomach cancer two years earlier, widowing my mother at age 41. She was looking for answers, too, though her hope was that she’d hear from my father on the “other side.”


Anyway, being the stellar teenager that I was (hey, this is my version of the story), I agreed to go with them and so off we went. I’ll admit to being a major league skeptic, especially after the first few objects garnered generic responses like, “The person who gave you this ring meant a lot to you, didn’t they?” and so forth. It was all I could do to keep from laughing out loud.
When my turn came, I handed him a gold locket given to me by my father two month’s before his death. I was expecting the usual rhetoric when the psychic doubled over, clutching his stomach, his face writhed in pain, tears trickling down. I watched transfixed, wondering how he could have felt my father’s pain while holding that locket, when he handed me back the locket and said something along the lines of  “He is watching over you.” My mom and Kay became life long believers. I never went to another psychic.
Callie is always reaching for a cup of rooibos tea. What is rooibos tea? 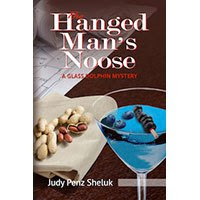 OMG, you’ve never heard of rooibos tea? You are missing out! It’s herbal, no caffeine, and the tea is made from the leaves of the African rooibos bush. My favorite blend is by Tetley Tea and it’s called Warmth. It's a blend of cinnamon, spices, and rooibos. I think it may only be available in Canada. Well, we need the warmth up here, at least in the winter!

Editor’s note: I discovered rooibos tea is also available in the U. S. and will have to try it.

After successfully publishing books with an established publishing company, you took a huge step and set up Superior Shores Press, your own imprint. What prompted this step?

When I signed my contract with Barking Rain Press (www.barkingrainpress.org) in 2014, I never dreamed I’d want to self-publish. But I’ve learned a lot about the business since then, and I’ve also realized that when you’re with a small press, most of the promotion lands on the author’s shoulders. Even so, the author has no control over pricing etc. and the process of getting published is painfully slow.

I set up Superior Shores Press in February 2018. I hired a professional editor for Past and Present, one I’d worked with from Barking Rain, and also a professional proofreader. I hired a cover artist, Hunter Martin, and I love the cover. I’ve had input before, but never control over every step. It’s quite exhilarating. Whether I earn back the money I invested upfront remains to be seen, but if I was doing this, I was doing it right.

Now that you have four books in print and some short stories, what do you know now that you wish you had known when you started writing?

That the writing part does get easier. You learn to be more efficient with your time and your words. I’d also tell my old self to buckle up and get used to doing a lot of shameless self-promotion.

What’s next for Callie and her team?

I’m midway through book 3, which was inspired by an article I read in my local newspaper. Beyond that, I can’t say. I’m terribly superstitious about stuff like that.

For more information about Judy and her books/short stories, visit her at http://www.judypenzsheluk.com

Email ThisBlogThis!Share to TwitterShare to FacebookShare to Pinterest
Labels: A Hole in One, book promotion, Grace Topping, Hanged Man's Noose, Judy Penz Sheluk, Past and Present, Skeltons in the Attic, Welcome Wednesday

Best of luck with your newest publication, Judy. It sounds like another good one.

Great to see you again, Judy! Can't wait to check out the new book(s)!

JUDY IS TRAVELING TODAY AND WILL BE RESPONDING TO COMMENT THIS EVENING.

What a fun interview, Judy! Congrats on your new release. I'm a tea lover myself, so I'm going to have to try some rooibos soon. Cheers!

It always interests me to see where writing takes people. You never know when you start.

I love intricate mysteries, although I have to confess I seldom try to solve them myself. I just read them and am delighted when everything falls into place.

I hope your ongoing professional adventures continue to succeed! Keep us updated.

Thanks again, Judy, for the interview. Wishing you lots of success with your books and your new imprint.

Sorry for delayed response. I just set up my computer. I have an iPhone and and iPad but for some reason, neither one would let me comment on Blogger and after driving 8 hours I was just too tired to fight with it.
Thanks Jim and Annette for you ongoing support.
Thanks Margaret for adding me to your TBR pile!
Thanks Jim...rooibus is great. The one I love Tetley Warm, which is Cinnamon Spice Rooibus, is only in Canada!
Thanks Warren...it's so true, that's one of the great things about being a pantser, you never know...
Thanks KM, and when I read, as a reader, I don't try to solve the mystery either, unless it's super obvious (and then I'm disappointed).
Mega-thanks to Grace Topping for the lovely review and for taking the time to post this, and to WWK for hosting me again.

What an interesting premise, and your life experiences breathe life into the story. I look forward to reading this series.