Two weeks ago, I wrote about being confined to Book Jail. I’m thrilled to announce I successfully completed my first draft of the eighth Zoe Chambers Mystery! Having been sprung from incarceration, I head to St. Petersburg, Florida on Tuesday for Bouchercon!

Mystery conventions are always fun. Seeing old friends. Making new ones. Chatting with readers. Meeting favorite authors. I’m equal parts professional writer and giddy fan girl at these things. The two conventions I most frequently attend are Malice Domestic, which is always in Bethesda, Maryland, and Bouchercon, which sets up shop in a different city every year.

My first Bcon was 2008 in Baltimore. I traveled and roomed with my good pal, Joyce Tremel. I remember the amazing crab cakes from the hotel restaurant, and I got to meet Lee Lofland, Kelli Stanley, and the awesome Hank Phillippi Ryan (all now good friends) along with lots of other favorites!


Joyce and I also played hooky one afternoon for a walk to the harbor. 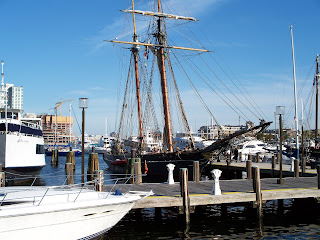 Another reason I love Bcon with its varied locales—visiting places I might not ever see otherwise!

I missed a few years due to budgetary constraints but returned in 2012 for Cleveland, an easy road trip. As a lifelong Pittsburgher who’d been trained to think of Cleveland as the “Mistake on the Lake,” I learned what a lovely city it really is. The Chocolate Bar with its amazing chocolate martinis became my favorite haunt. 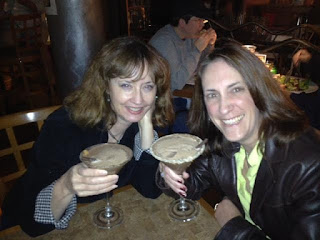 I got to meet and shake hands with Mary Higgins Clark (squee!) and of course, we went sightseeing.

And then there was my hotel room. Somehow, I benefited from good hotel karma (or someone at the front desk mistook me to be “Somebody”) and I ended up with a huge room on the Concierge Level, complete with a view of the lake.
I skipped 2013, but there was no way I was going to miss Bouchercon 2014. In Long Beach. California. In November. For one thing, it was my first time attending as the author of a published book. For another, it was Long Beach. In November. As opposed to 20 degrees and snow here at home. I played hooky. A lot.

In 2015, Bouchercon moved to Raleigh, North Carolina where I lucked into one of the best panels ever. Janet Reid was our moderator. Need I say more? I don’t think I’ve ever laughed so hard. And of course, I played hooky to take some walks through this lovely city. 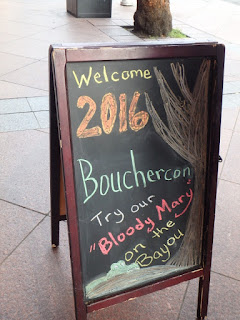 The food was amazing. 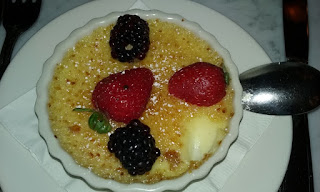 The sightseeing was amazing. 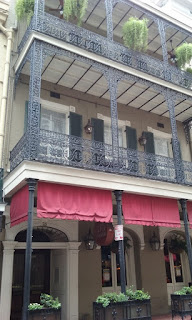 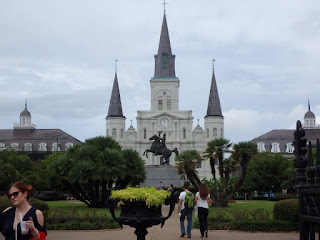 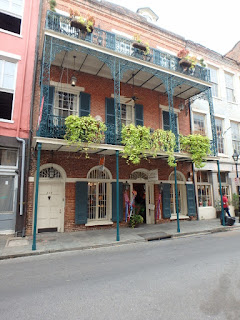 The bourbon was amazing.

As a country gal, I would never have gone to New Orleans had it not been for Bouchercon, but it was one of the best times I’ve ever had.


Last year, I had to miss out on the fun. But in TWO DAYS, I’ll once again be venturing off to a new location to make new friends, to play hooky, and—oh, yeah—to be on the Medical Panel on Thursday morning and participate in Author Speed Dating with my pal and travel buddy Liz Milliron on Saturday.

If you’re attending, be sure to stop me and introduce yourself!

Are you going to Bouchercon? Have you ever been to one? Or to any mystery convention? I’d love to hear about your experiences.

In 2016, I was in New Orleans tending to my daughter post-surgery, arranged coverage for her, jumped on the Canal streetcar, and tootled down to the Quarter for Bouchercon. It was overwhelming. I did meet writers I knew through social media and four members of WWK: Paula Benson, Linda Rodriguez, Debra Goldstein, and Nancy Eady.

It can definitely be overwhelming, Margaret. It's HUGE. Glad you got to experience it!

Meet you at the airport on Tuesday!

I love mystery conventions! Malice Domestic is a short drive for me (although I've found it worthwhile to stay at the hotel) and I've been to a few others, including Bouchercon.


Unfortunately, family obligations have kept me at home recently, and I don't see that changing any time soon.


Have a wonderful time, everyone!

And yes, Liz! (Of course, I'll see you this afternoon for critique group too!)

My one experience with Bouchercon was in Raleigh. I found it overwhelmingly large. As a confirmed shy introvert, I do better in smaller venues. But have a great time; I'll be there in spirit (hiding in a corner).

Have a great time, Annette!

I had plans for this year's Bouchercon - it's right up the road from me, after all. I even learned how to correctly pronounce Bouchercon. A broken wrist and a summer of medical leave from my day job precluded more time off from work and I had to cancel - DANG!

This is the second B'con I have had to cancel for medical reasons - Raliegh was the first.

Looking forward to your report.

Can't wait to see you again!

I've been to Bouchercon twice. Once in Cleveland which is so close to where I live that I drove there from my home and back to my home after each day. The other time was at the North Carolina one where I stayed with a friend who lived near there. Otherwise I don't go there because I go to Malice Domestic every year and can't afford two mystery conventions both because of the cost of it and the cost of hiring someone to care for my animals while I'm gone, and the long drive to it or to take an airplane. If it ever comes back within easy driving distance like Pittsburgh, I'll go again.

Jim, yes, it's an exercise in tenacity for us introverts...which is part of the reason I play hooky. Getting away from the crowds to see the sights is the biggest draw for me.

J.D., I'm looking forward to seeing you too! It's been too long!

Gloria, I doubt it will ever come to Pittsburgh, but I'd love to see it return to Cleveland. And yes, having animals like you do definitely puts a crimp in travel. That's why we never traveled when I was younger.