TELL DON’T SHOW, THE OLDEST MISTAKE IN THE BOOK. By Sasscer Hill

With six published novels, and multiple award nominations, how was it possible my current WIP suffered from this error?

Was it the new subject? My first six novels are racetrack mystery-thrillers, and horse racing is a game I lived for more than thirty years as an owner, breeder, and rider of Thoroughbred racehorses.

I suspect my failure was due to the unfamiliarity of a story world about Irish American Travelers, gypsies so famous for their cons and scams here in South Carolina.

I was two hundred pages in, when I agreed to send the work to my agent for her opinion. But as I read what I was about to give her, problems leapt out at me. It’s one thing to give pages to your critique group, and quite another when you’re placing it before the eyes of an accomplished agent. Reading it this time, I saw the story had a whole lot of telling, and not nearly enough showing.

Learning about the Travelers required in-depth research, and parts of my manuscript almost read like a documentary. Probably all that research, which is supposed to enable you to write with authority, not beat your reader over the head with facts and figures. 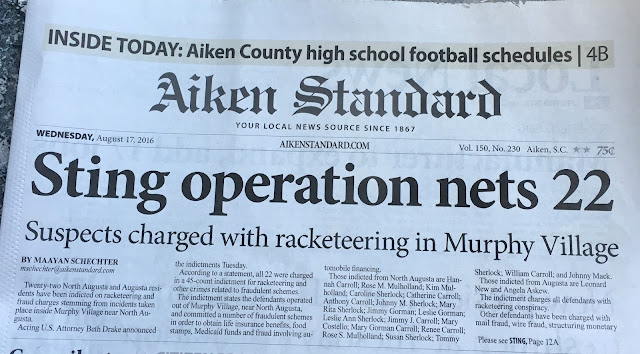 Though there was action and dialogue, there was also an endless first-person monologue from my protagonist, Quinn, telling the reader what the Travelers do and how they do it. Oh, yuk! What was I thinking? Quinn was even telling her backstory!

My agent was not thrilled with the manuscript, but being kind, simply said it wasn’t “organic enough.”

When I said there was way too much “telling,” she said, “I’m so glad to hear you say that!”

I’d saved her having to tell me I’d made one of the worst beginner’s mistakes. So, I’m back into those pages and instead of telling about the travelers, I’m using dialog, and action to show the reader their culture and behavior.  I have cut out much of the lumps of backstory and will piece them in later, if they are needed. Although I don’t believe a dead body must appear on the first page, this novel was taking too long to get to the action!

When I finish this manuscript, it must suck the reader right in with action, emotional conflict, and vivid sense-laden descriptions. I’ve done it before. I know I can do it again. 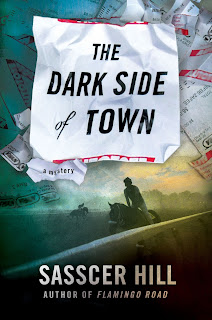 Have you ever lapsed back to your beginner days?

Author Sasscer Hill was involved in horse racing as an amateur jockey and racehorse breeder for most of her life. She sets her novels against a background of big money, gambling, and horse racing, and her mystery and suspense thrillers have received multiple award nominations, including both Agatha and Macavity Best First Book nominations, as well as a nomination for the Dr. Tony Ryan Best in Racing Literature award.

The Dark Side Of Town, out April 2018, won the Carrie McCray 2015 Competition for First Chapter of a Novel, as well as a 2015 Claymore Award nomination for best unpublished mystery-thriller. 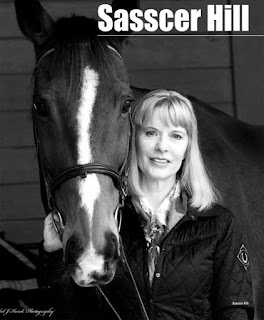 I set my stories in places I'm familiar with (local slang, sights, smells, sounds) and do additional research, though much of what I learn never makes it to the story. I write with more reassurance if I do have all the facts under my belt.

Like Margaret, my books are all in places I'm familiar with and pretty much the kind of people
I'm familiar with in my areas except for the murderers, of course. I loved your books on horses, Sasser.

I think every time I start a new story, I revert to making rookie mistakes - thank goodness for revision!

I'm still in my beginner days! Thank goodness we have beta readers (and insightful agents and editors) to help us on the way!

My first drafts are filled with all kinds of writing errors I know better that to commit, but do in the pantser's rush to find out what the story is.

My rewrites are where I (hopefully) catch those problems and correct them before embarrassing myself before editors, beta readers, and the such -- who still catch stuff I missed.

Sometimes I think writing is a game of two books, the first where I tell myself the story and the second where my characters live the story! It's not easy, but you know you have done this before--and very well, I might add.

Fascinating subject matter. The Travelers are such a closed group, the research must have been a real adventure.

Looking forward to reading the results!