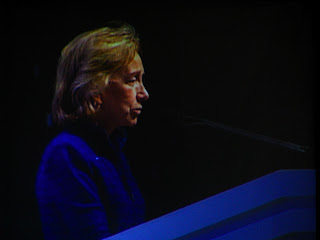 In 1987, after ten years of research, historian Doris Kearns Goodwin published The Fitzgeralds and the Kennedys: An American Saga, a 900 page books and 3,500 footnotes. That year author and historian Lynne McTaggart contacted Ms. Goodwin and pointed out that Ms. Goodwin had used Ms. McTaggart’s work extensively without proper acknowledgement. In places Ms. Goodwin used Ms. McTaggart’s work word by word without quote marks. Ms, Goodwin investigated, found that the criticism was correct. She took several steps to correct the situation.

Ms. Goodwin halted publication, publically acknowledged her errors and apologized. She examined the book carefully, and discovered other citation errors. She also reached a financial legal settlement with Ms. McTaggart who later proclaimed that she was satisfied with the results. Ms. McTaggart said Ms. Goodwin’s book incorporated new information was a valuable addition to the field of history.
Ms. Goodwin noted that her record keeping method, hand-written notes kept in cardboard cartons, was not adequate and later with help from her college-age son she improved her method. A corrected version of the book acceptable to both authors was issued.

All of that became “news” fourteen years later about the time the Stephen Ambrose was discovered to have plagiarized extensive material in at least four of his books. Even now when authors are accused of falsehood and plagiarism, she is likely to be used as an example.
As an author I know how easy it is inadvertently copy while intending only to take notes. I also know how often I get confused using notes with computer programs. I have slogged through a thesis and a dissertation using methods similar to what Ms. Goodwin’s initially used. I know that writing citations correctly often left me with an aching head and strained eyes.

Ms. Goodwin is a best-selling author, a presidential historian and a winner of the Pulitzer Prize for her work. I enjoy all of her books and my favorite work of her is her memoir Wait Till Next Year.
I admire her writing abilities, her diligence as a historian and I enjoy listening to her opinions on television. Most of all I admire her response to making mistakes. I invite her critics to line up and cast stones — as long, of course, as they have been mistake-free since, oh say, 1987. For the rest of us I commend her as an example of how to handle our mistakes.

At a time when phrases like, “Mistakes were made” (Where? In a factory outside Akron, Ohio?); “I’m sorry if you felt offended”(You overly sensitive and immature twit) and “My behavior was inappropriate” (Thus labeling an error as about on a par with using the wrong fork at diner.) I believe Ms. Goodwin provided a model of responsibility and maturity by admitting her mistakes in full with detail, making good damage to those harmed, apologizing and changing the behavior that led to the error. The next time she is mentioned for making mistakes, I think the mention should include how well she corrected them.

What’s your opinion?
Posted by Warren Bull at 1:00 PM

In my entire (long) writing career, I have lived in dread of being so accused. Things pop into my head, and try though I might, I can't tell if they are original ideas or something I read somewhere else. It doesn't help that I am totally disorganized and in general do it all in my crammed-full head. If it ever happens, I'll look to her for an example.

Warren, so nicely put. I admire Doris Goodwin and her work, and this may sound sexist, but she acted both like a professional and a lady during this episode.

Victor, I have the same experience. Sometimes I read something I wrote long ago and barely recognize it. At least if I repeat myself I'm not plagiarizing. I'm just being redundant and probably boring.

Hi, Ramona, It's always nice to hear from you. I agree with you about Ms. Goodwin. I thought she acted like a lady, i.e, with grace and courtesy. She one of my writing heroes.

Doris Goodwin behaved professionally and with courage. Most important of all, she corrected her mistake.

Apologies made by politicians and Tiger Woods seem false to me. Am I picking up on body language or is the false note because the media has forced an apology? Anyway, I don't see much correction taking place.

Pauline, I don't see much correction either. My favorite non-apology came from Al Gore who in defending his actions at an illegal fund raiser said. "I'm proud of what I did. I did nothing wrong and I'll never do it again."

Thanks for an excellent post. I, too, cringe at "apologies" from politicians and celebrities, especially when you know they're sorry only that they were caught.

I'm a huge Goodwin fan ("Team of Rivals" is my favorite) and was happy to be reminded of another reason to stay a fan.

Thanks for your comments. Team of Rivals is a great book.

Now, if we could just 'clone' Doris Goodwin, and bottle her mindset, we could impose her ethics upon today's potentlal plagiarists via a pill.

Yes, 1987 and it became "news" 14 years later. Earlier this week there was an article on my computer news feed section from a newspaper that announced Abraham Lincoln once thought about shipping Blacks out of the country. News flash from me: Later he changed his mind. PS He died almost 150 years ago.

I absolutely commend Ms. Goodwin on owning up to her mistakes, & rectifying the situation. It helps to know that there are people out there who remain ethically-conscious.

Nothing's changed: ethical and responsible non-fiction is more than a goal, it's a responsibility to get it accurate the first time.

Warren, I'd like to think that everything I write is original, but being the avid reader that I am I suppose it's possible that a line here or there is something I've read. I've never heard of Doris Goodwin before or if I had, I've forgotten here. She sounds like an admirable woman.