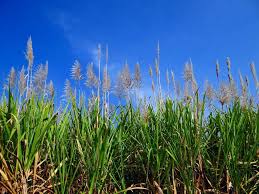 First published in 1990, Sanibel Flats is the first in what became a long and popular series about Doc Ford, a marine biologist with a history of working undercover for an unspecified intelligence-gathering agency of the United States. As the story opens Ford has retired to a setting in Florida where he has become part of the local scene.

When an old friend shows up asking him to help free the friend’s kidnapped son, Ford gets pulled into a situation that will take him back to a country in Central America, where the authorities would like nothing better than to get their hands on him. When he shows up for a meeting with his old friend, Ford finds a body hanging from a tree that superficially looks like suicide, but Ford believes murder has been committed.

Step by step the author takes the reader along for a surprising and entertaining ride. The writing is sharp and lyrical. This book reminds me of John D. MacDonald’s works, which is high praise indeed.

I recommend the book and the author very highly.
Posted by Warren Bull at 12:00 AM

I agree, Warren, these are terrific books.

More for the TBR! Thanks, Warren!

Warren, I wrote this down to read. Hopefully, I can get it from the library because my house is so full of books I'm running out of space for any more.

I'm not familiar with this writer but, after reading your review, intend to change that. Thank you.

Another great review! Warren, I'd say I appreciate your helping me discover new authors, but I fear the negative impact on my TBR list!