In honor of Sisters in Crime Self Publishing Day, we asked successful self-published author Elaine Orr to guest for us today. Please welcome her back to WWK and read my interview with her here.
E. B. Davis 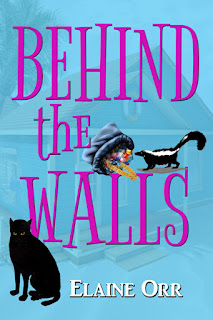 Like many authors, I took writing courses and wrote for decades – plays, stories, bad novels. Eventually I worked in tandem on the first two books of the Jolie Gentil cozy mystery series.

Sometimes age has advantages. At fifty-nine, I figured by the time I found an agent, s/he found a publisher, and the book was issued – I could be dead. Much more fun to be alive when a book came out.

I got to the publishing point as the price of Kindles went below $300, which meant ebooks were affordable. Amazon changed my financial future. But it took a lot of work on my part.

Since I still had a busy day job, it took a couple of months to figure out ebook formatting and how to load books to the various retailers. Had Mark Coker not written the Smashwords Guide, it would have taken a lot longer. Sometimes other authors comment that they don’t want to spend time formatting. I get that. I spend less than two hours per book and like controlling the process.

Take time to consider whether you want to self-publish or work with an agent to find a publisher. Talk to authors who have done it both ways, read blogs. Self-publishing is a lot of work, and if you go the traditional publisher route (I’ve done both) you want to be sure yours works as hard as you do to reach readers.

I’m certainly not wise, but I’ve learned a few things.

Finally, I write for me, I publish to make money. Don’t expect to make a lot quickly, and don’t give up. You’ll meet a lot of fabulous authors along the way. 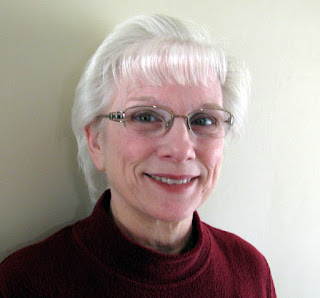 Elaine L. Orr writes three mystery series, other genres, and plays. She belonged to writers’ groups for decades before she began publishing, and is still sustained by them, especially Sisters in Crime. She also lectures on writing and publishing and has online classes on the Teachable platform. One (Thinking Through Self-Publishing) is free, via a link on her web page.
www.elaineorr.com
http://elaineorr.blogspot.com
elaineorr55@yahoo.com
Posted by E. B. Davis at 12:00 AM

Elaine -- It's always nice to hear from those who have been successful and paved the way for those of us who follow.

A very helpful overview. Not easy, but do-able.

Jim Jackson - happy to share one of the lectures in another class I teach. Send me your email. I'm at elaineorr55@yahoo.com. And do share your ideas, too!

Elaine, I've been self-publishing my books through Create Space since 2012, and I'm very happy I went that route Like you I got tired of trying to find an agent and/or a publisher. When several Guppies went that route, I asked them for their advice and also printed out a guideline from Create Space. I working on my tenth book in my series now, and have quite a following. Maybe not as much as those who have publishers who promote them, but enough to get two checks or more from Amazon for the print books and another two for the e-books.
And a local book store sells my books and I sell them out of my car at a reduced rate, too.

Thank yo for our thoughtful, informative comments on the. It's a dilemma many of us face, and hearing about your experiences is very helpful.

Yikes! Sorry for all the typos. I'm on a borrowed device, and when I tried to go back & correct the typos in this, it posted instead!

Gloria Alden
Sounds as if we have had similar paths. I do one series with a small publisher. While It's been a good experience, I miss having the control. I think I'm going to stick with doing it myself. Thanks for sharing your experience.
Elaine

KM Rockwood -- you are not alone.. Typos aren't an indication not to self--publish. We all make them. Calls for a good proofreader. :)
Elaine Orr

Warren -- Thanks. I read your profile. You're an inspiration!
Elaine

Elaine, your post is quite inspiring. Today at the Fall for the Book Festival at George Mason University in Fairfax, Virginia, I attended a number of mystery writer panels, and I heard a lot about self-publishing. Like you, I'm wondering if I'll live long enough to see my manuscript published by a traditional publisher and have seriously begun to consider self-publishing. Thanks for your tips.

Grace -- I firmly believe that if you have the gumption to finish a book you'll be able to self-publish it. It never hurts to try the traditional publisher route. I work with one for my second series. I do like the control, though, so I think I won't try for other books. Of course, I never say never... Jealous of your conference. I used to live in Montgomery County. Went to Maryland for the Kensington Festival of the Book in April.

Excellent advice, Elaine! I really appreciate how willing you are to share your secrets of success (which have a lot to do with hard work and fingers on the keyboard). You are a real inspiration for me to keep going with my own book.