The Cool Cottontail by John Ball: A Review by Warren Bull 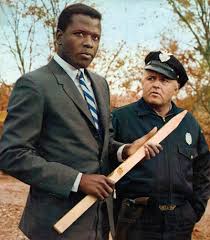 The Cool Cottontail by John Ball: A Review by Warren Bull

John Ball was best known for his first novel, In The Heat of the Night, which won an Edgar Award for best first mystery novel in 1965 and was made into an Oscar-winning film. The Cool Cottontail continues the adventures of the author’s famous African-American police investigator, Virgil Tibbs.
This novel was written in 1966. The Cool Cottontail starts when a naked body is found in the swimming pool of a nudist park. Although the identity of the murdered man was hard to discover, leaving the body where the killer or killers did was bound to generate intense press coverage.
Virgil Tibbs was in the area. Chief Addis with the Pasadena Police Department approved his initial involvement and later allowed him to lead the investigation. The mystery was well written. The process of tracking down leads and continuing despite false starts felt realistic. In this novel, as in several others, the author showed his command of the genre and knowledge of the writing process. He involved sunbathing and a nudist camp, which added to my interest in the book.

Even more interesting to me was the author, who was apparently Caucasian, describing the thoughts and emotions of an African-American character. At that time the descriptive term was Negro. As far as I, as a Caucasian, can judge, Ball did an excellent job. With each new Caucasian person encountered, the investigator had to judge how he was being perceived as man of color and to respond in whatever manner made his gathering of information possible. Tibbs was very rarely entirely at ease either doing his job or in a social setting.

In the interest of full disclosure, I should mention that I sometimes write about people of color, even as I recognize that I have never experienced the world as a person of color does.

Warren,
The title and story sounded familiar, so I checked my reading list. I read it in the summer of 1984. Since I usually don't remember titles I've read, this one must have made a positive impression.

Another book, Warren, to put on my TBR list. I have added an African American family to my
series, too, and have had a lot of positive comments about them, especially the nine year old twins, and the two elderly sisters who bicker. The parents are both professionals - a teacher and a lawyer.

Warren, it's familiar, so I must have read it. I'll order it up from the library and read it again.

In order to have a diverse cast of characters, we writers have to write from the viewpoint of different races, creeds, and ethnic groups. Two of my characters are African-American. I didn't want to fall into the trap of using stereotypes, so I gave my draft to an African-American friend and asked her to review it. She suggested that I not immediately identify the ethnic group of a character but let it become evident as the story evolved.

I did not know that another book came after The Heat of the Night! It's definitely going on my TBR list.