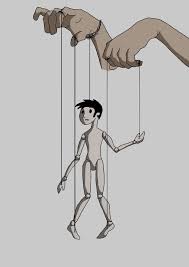 Puppet On a Chain was published in 1969. I read the novel shortly after its release and upon rereading it, I remembered some parts of the novel. The book passes the test of time well. Described as “a novel suspense and action,” the book delivers these as promised. I sometimes find novels like this to have plots so incredibly non-credible that they knock me out of the state of suspended disbelief I have as a reader. I either cringe or laugh, at the plot mechanics. I then remind myself that life is too short to spend time reading bad fiction. I stop reading that book and pick up something else.

Part of the problem might be that current writers try to outdo books like this. Admittedly, no human could do what the protagonist does on Puppet On A Chain; most superheroes could not. However, when reading about the individual situations the hero overcomes, each time the author is able to present the events realistically enough with setbacks and mistakes that I came along willingly.
I suspected some of the revelations of which characters were bad and which were good, but by no means did I guess all of them. The hero fights and kills about half a dozen villains. But like I noted above, he took blows and had to struggle, which kept things each time within the realm of the possible. I kept reading. Some of the humor worked. Some did not, but it was not objectionable or tedious.

I can recommend this book on its own and as an example of effective action and suspense. It is a fun read.
Posted by Warren Bull at 12:00 AM

I have vague recollections of this and other MacLean books and subsequent movies. Puppet on a Chain was one of his later ones if I remember. Very much a book of its times. His earlier war books were different, tightly plotted and character, not action, driven. Do you think the style changes were the natural evolution of a writer, or was he chasing continued success?

Okay--I read paranormal so of course reality is suspended--paranormal is fantasy (unless you really believe in vampires, etc.), but if I'm reading this correctly, MacLean's book isn't meant to be fantasy. A fun read even if unrealistic. Not sure if I'd like this book.

I read most of Alistair MacLean's books when they came out, and I vaguely remember this one. Perhaps it's time to add him to my list of "authors I'd like to revisit."

I don't remember reading his books, but I think I'll look and see if I have any of his stored away, and if not, I'll try to find a copy at my used book store or the library. Right now I'm rereading all Linda Castillo's books, and although I remember parts of her earlier books, I don't remember who the murderer is. It was the same when I had a Margaret Maron marathon last year.