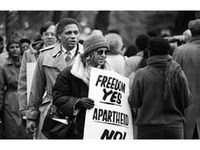 Image from The Guardian

Rosa Parks is sometimes viewed as the tired seamstress who happened to refuse to give up her seat on a Montgomery, Alabama bus in December of 1955 that sparked a boycott that ultimately succeeded in getting the city to end racial segregation on buses.
In fact, that perception does not do justice to Parks, a determined life-long activist. She didn’t just happen to give up her seat. She was selected to challenge segregation laws by NAACP organizers. At the time of her arrest, she was secretary of the Montgomery chapter of the NAACP.  She worked with a new minister in town, Martin Luther King, Jr., Edgar Nixon, president of the chapter of the NAACP and other leaders.

During her childhood, bullying by white children, watching the Klu Klux Klan march  by her house and seeing white children ride by in school buses, to a closer and better school than the only one she was allowed to attend, made awareness of racism inescapable. Parks attended school until age eleven. She then started at a laboratory secondary school, since there was not a public secondary school open to African American students. She was forced to drop out to care for her ill grandmother and later for her mother. In 1932 she married Raymond Parks, a barber. Her husband was a member of the NAACP. He helped raise money to defend the Scottsboro Boys against false charges of rape. He urged her to return to school and she finished high school in 1933. At that time fewer than 7% of African Americans had a high school diploma.

She was not the first person to resist bus segregation. Bayard Rustin took a similar stance in 1942. Irene Morgan in 1946, Lillie May Bradford in 1951 and earlier in 1955 Claudette Calvin, Aurelia Browder, Susie McDonald and Mary Louise Smith all took on the segregation law. In 1956 the United States District Court for the Middle Division of Alabama heard the case of Browder v. Gayle and ruled that bus segregation is unconstitutional under the Fourteenth Amendment. Upon appeal, the United States Supreme Court affirmed the decision. Like other Civil Rights victories, several people over many years worked persistently toward the goal.
Her act of defiance and the boycott became symbols of the Civil Rights Movement. Parks was honored late in her long life, but she paid a hefty price for her actions. She was fired from her job five weeks after the boycott started. Her husband was fired a few weeks later. She developed ulcers from the stress. Unable to find steady work, they moved to Detroit with the help of relatives living there. Threats against her life continued for years.

Parks described Detroit as the “Northern promised land that wasn’t.” Although signs of segregation were no longer public, housing, school and job discrimination were rampart. Police brutality was a fact of life.

She and Raymond as well as her mother stayed on and off with her brother, his wife and their 13 children in a three-bedroom wood-frame house on Deacon Street. Parks worked out of town for 15 months to save money, but she missed her family and returned.
In 1955 they ran through her savings of $1,300 quickly.  Decent housing for African Americans was rare. The waiting list for public housing for African-Americans was 6,000 families deep although white families rarely had to wait. Most white people refused to rent or sell to African Americans. The few that did demanded exorbitant fees for sub-standard places. The Parks’ income for 1955 was $661. They made ends meet in part with food grown in her brother’s garden.

An interviewer in 1960 describer Parks as a “tattered rag of her former self — penniless, debt-ridden and ailing with stomach ulcers.”
In July 1959 Rosa, Raymond and her mother moved into a two-room apartment at the Progressive Civic League. They took care of the building in exchange for lower rent. In 1961 the Parks were able to rent the ground floor of a brick flat Rosa described as located in “just about the heart of the ghetto.” She was able to find a job doing piecework sewing and Raymond found a barbering job. For 40 years Parks took part in advocating for jobs and school desegregation while opposing police brutality. The Parks never owned the place they lived in.

Recognition for what she did in Montgomery, did nothing to lessen the difficulties she faced in Detroit. 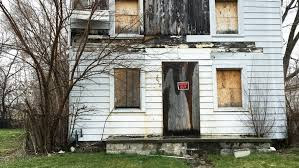 In 2016 Ryan Mendoza, an American artist living in Germany in concert with Parks’ niece Rhea McCauley saved the house on Deacon Street from scheduled demolition. He had it packed into crates, shipped and then he reconstructed it in Berlin. The Nash Family Foundation in Manitowoc, Wisconsin has committed $45,000 to return the house to the United States.

Maybe the house will offer the opportunity for all of us to give up the image of a tired woman on a bus and embrace the reality of an activist who won one battle at a high personal cost but never settled for that. Without fanfare or public notice she continued struggling for the still far from attained greater goal of racial equality.
Posted by Warren Bull at 12:00 AM

I didn't know the full story, Warren. Thanks for the education. I hope the house is returned to the US. It should serve as a monument to Rosa's steadfast goal and to her, a strong person of great character.

Fascinating, Warren. Like E.B. I didn't know the full story of her life. What an amazing and brave person she was. I also hope her house is returned to our country. More people need to learn her story. There are so many African Americas who fought for their rights, but we only know about a few of them unfortunately.

I recently went to a program given by an AARP chapter. The speaker talked about his education as a back child in Carroll County, MD, where I taught (many years later.) He continued with his education going to college and becoming a biologist. During WWII, when it was hard to find people to do many jobs, he got a well-paid government job in Frederick, MD, as a biologist. After several years, he tried to buy a house for himself and his family. He was told bluntly by the real estate agents that no property was for sale to "anyone of the colored persuasion," which was an interesting way to put it.

Thanks for filling in the gaps in Ms. Parks' story. I had no idea her life was so hard after she moved to Detroit.