WHAT TO SAY, AND WHAT NOT TO SAY, TO SOMEONE RECENTLY DIAGNOSED WITH CANCER by Warren Bull 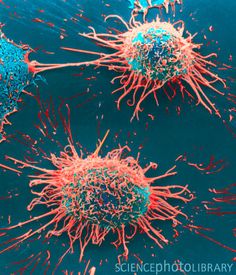 
I’m writing from the point of view of someone who has cancer, multiple myeloma, i.e., bone marrow cancer, I can share some of the things that have been said to me when I told people about my diagnosis. I can share my reaction to them. Of course everyone is different so this is only my point of view.

When talking with someone who has cancer, it would be a good idea to first clarify your reaction to hearing the word. Venting the fear, anger other strong emotions generated by the mention of the word cancer would be a good thing — as long as you don’t use the cancer patient or their family/caretakers as the people you vent to. When people expressed their experiences and feeling to me, I was often tempted to say. “My cancer does not have anything to do with your emotions. Can you please find someone not in the middle of a crisis to talk to? I don’t want to hear it because I have to deal with the reality of having cancer and that is hard enough, almost overwhelming.”

I had a strong negative reaction to being labeled. When I told people I worked with that I had cancer and I would be taking time off from work, one of my co-workers called me brave. No doubt it was intended to be kind. However, I did not feel brave. I was barely holding up a façade of calm during the meeting. I did not want to burst into tears or to talk about my feelings in that setting at that time with everyone of the staff listening.

I felt like explaining that I was a quivering mass of self-pity at the moment. Maybe if I had volunteered to get cancer so another person would not get it, I would have been brave but that did not happen. In fact after the diagnosis, I had given God a long list of people who deserved to catch cancer more than I did. Don’t ask the cancer patient or family/caretakers to live up to your expectations.
Don’t ask, “What can I do to help?” It sounds good in theory. However, the people you are talking to are trying to figure out what they have to do. Don’t  pile another task on people who already have more to do than is humanly possible.

When someone told me that I “looked good,” I felt like replying, “Maybe so but I feel worse than I have ever felt before in my entire life.” However, I know other cancer survivors who experienced that statement as supportive. I cannot speak for anyone else.

Have I ruled out saying anything at all? That was not my intention. I think my general point was that, as much as possible, deal with your emotions with your friends and family members so that you don’t ask for comfort from someone who desperately needs to be comforted.

When someone sincerely asked, “How are you feeling?” I appreciated the question. My honest answer would likely involve details that were hard to listen to. It was extremely helpful for me to be able to dissolve into tears, depressed thoughts, anger self-pity and so forth with people who withheld their judgment.

When someone asked if they could help with mundane tasks that needed to be done that was helpful. For example, offering rides to appointments, cooked meals and willingness to do laundry were very much appreciated.

I was also pleased when someone offered to give my wife a break during the time that we were told I had to have a ride to the hospital available 24 hours and 7 days a week in case I needed it.
Offering to care for children or pets was good, especially when the questioner could add concrete details such as movies or events the children might like on particular days and at a specific times. Adapting to the patient and caretaker’s schedule was really helpful.

Image from Medicaldaily (dot) com
Posted by Warren Bull at 12:00 AM

I have never left a comment on your post but admire your book reviews. THIS BLOG?!? You could write a book about this very topic, it is personal, yes, but so helpful for some on "the outside" of this emotional AND physical challenge. Love your POV and allowing us inside. Good Work... on the writing. Best wishes

You're so right, Warren. It's almost impossible to know what to say to someone who has just received this diagnosis, unless you know the person so intimately that you can predict with some accuracy how they will react to what you say.

I fear this is one of the reasons people tend to avoid those who are seriously ill. Everyone would like to express sympathy and support, to help out if there's a way of doing it, but how to go about it?

Warren, this is a good blog letting people know what to say. Although I've never had cancer, I have had friends and family who have had it. Some survived it and others didn't. I always hate to see in the obituaries that he/she fought the good fight. Just what does that mean actually?One thing I've never told someone when I find out that they have cancer is that "You're going to make it, I'm sure." How can any of us be sure? Mostly I just let them talk to me and tell me their worries and concerns. When I hear someone I know is not cancer free, I always let them know how happy I am for them. I try to be there for them at the end. I was with my father the evening before he died that night. I was with my mother-in-law the last few weeks before she died nights, and my father-in-law the afternoon holding his hand before he died that night. I was with my ex-husband the night before he died and the next morning holding his hand. I was with my sister-in-law and nieces at my brother's bedside all afternoon until he died that evening, and as you very well know, I was with my 18 year old son in the months he had cancer leading up to his death in my arms.
Two comments that upset me were when a woman from my church who I didn't really know, called me when he first went to the Cleveland Clinic and wanted to know all the details. To me she just wanted to be the first to spread the news. The other was when my mother-in-law (before she got cancer) came shortly after John was taken away and asked how many breathes
he took before dying.