The Killer Inside of Me by Jim Thompson: A Review by Warren Bull 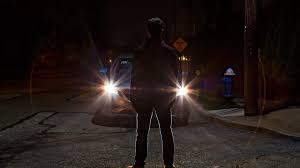 The Killer Inside of Me by Jim Thompson: A Review by Warren Bull

Stanley Kubrick described The Killer Inside of Me as, “Probably the most chilling and believable first-person story of a criminally warped mind I have ever seen.”

I agree. First published in the United States in 1952, there are now 57 editions of the novel including several in languages other than English and at least two movies based on the novel.

The use of first person intensifies the experience of reading. Thompson manages to make the narrator both human and deeply disturbed. Deputy Sheriff Lou Ford is a well-respected resident of a small Texas town. The worst that can be said about him is that he’s a little slow and boring. However, underneath that appearance, what the deputy calls the “sickness” waits for the chance to flare again and dominate his personality. In the past his family was able to conceal the problem, to keep it under wraps and monitor him closely. When the sickness emerges again years later, there is no one to around to watch him; no one who even knows about the problem.

The writing is graphic in terms of being intense and engrossing. It is not needlessly gory.  It reminds me of the Alfred Hitchcock movie Psycho. The violence is largely implied. In the shower  scene the knife is never seen touching the victim.

This is a classic novel of suspense. I recommend it highly.
Posted by Warren Bull at 12:00 AM

I read this one years ago, and I agree with Warren. It is a classic--perhaps THE classic--psychological suspense novel.

I'm wondering when and where to read this...on a crowded beach or in a jam-packed train? Certainly not alone, in an empty house.

That's the kind of book that keeps me awake nights!

Yeah, after reading this review, I feel that I am into Alfred Hitchcock’s suspense world. Thanks for sharing the review. There is a need of these kinds of novels.