Hand In Glove by Ngaio Marsh: A Review by Warren Bull 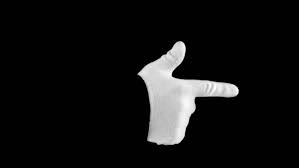 Image from Bigstock
Originally published in 1962, Hand In Glove is the twenty-second novel by the author featuring Superintendent Roderick Alleyn of new Scotland Yard. Marsh wrote thirty-three mystery novels and published as late as the early 1980s.

In this novel there are a noblewoman with a reputation for throwing wild parties and changing husbands, a angry young lord with bizarre ideas and a man who sends a letter of condolence one day before the death of the subject of the letter. These characters, however, are not as interesting as the detective who, like many of the suspects, is a member of the upper class.

Marsh’s observations of the upper class and their foibles is implicit in this novel. Her continuing command of the English language and of the elements of a mystery are evident. A review in The New York Times notes, “She writes better than Christie.” A good argument could be made for that review.


All in all this is a well-written mystery that plays fair with readers. It is also, in my opinion, not her best writing. I recommend it highly, but if you want to read just one of Marsh’s novel, this is probably not the best choice.
Posted by Warren Bull at 12:00 AM

Ah, Ngaio Marsh! An old favorite. It's probably about time for me to revisit some of her books.

I agree with Kathleen. I used to read them at my grandparent's cottage, but not in recent years.

I love it that you are revisiting these old books. Maybe in 2060, someone will do that for our work!

I've got a couple of her books on my Kindle and I'm looking forward to meeting her for the first time. Thank you for the fair and balanced review, Warren. I just checked, Hand in Glove is not on my TBR. I've got a few of the earlier ones. At your recommendation, I think.

Warren, I'll have to check the boxes of books in my garage to see if I have any of her mysteries. I'd like to read at least some of them.

Marsh was always one of my favorites, and I read all of her books in the 1970s. HAND IN GLOVE isn't a favorite, and certainly not her best, but it does display her take on the upper classes. It's nice to see interest in her work revived here.