The point, of course, was to make sure that the final product communicated to the reader what the author intended to say.


That doesn’t always happen. Words, written and spoken, can be misused or misunderstood, which can result in miscommunication and confusion.


A beginning, not-particularly-sophisticated author was convinced by a mentor to visit a criminal court to observe proceedings, hoping to lend some badly needed authenticity to her work. The friend, who had done a bit of reconnaissance prior to the visit, leaned over and whispered, “This next case is a misdemeanor.”


The author replied, “I don’t care who it is, I just want to see what happens.”


“Who’s Miss Demeanor, and why is her case special?”


Some interesting miscommunications are the result of botched translations.


“Out of sight, out of mind,” translated to Russian and back to English, reappeared as “Invisible idiot.”


Companies seeking new markets, where the advertising needs to be in another language, have not always been careful to make sure their attempted communication says what they want it to. 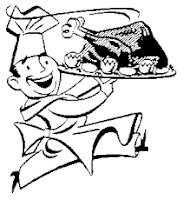 A pen manufacturer, trying to sell in Mexico, wanted to use their slogan “It won’t leak in your pocket and embarrass you.” Whoever did the initial translation obviously had a limited vocabulary in Spanish and thought “embarazar” means “to embarrass.” It does not.


The ads ended up promising that “It won’t leak in your pocket and make you pregnant.”


Also in Mexico, Perdue chicken tried to use the slogan, “It takes a tough man to make a tender chicken” together with a picture of Frank Perdue on billboards. Unfortunately, it came out as “It takes a hard man to make a chicken aroused.”


Chicken ads seem to cause special problems. Kentucky Fried Chicken’s “Finger-lickin’ good” came out rather confusingly as “Eat your fingers off.”


This problem goes both ways. Sometimes the English version of an ad gives the potential consumer 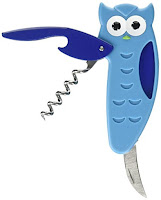 no idea of what the product is or what it is intended to do. The writing on the package of one item says, “Many thanks you select and purchase BO SHENG theproduct, you can so draw close to your life for this company’s designto satisfy. This product uses the special craft to purify becomes, causes you when the use is relaxed freely, accomplishes a task with ease, is good help which you lives.”


The product appeared to be a combination cork screw and bottle opener.


And we can sympathize with anyone who has ever sat on the living room floor, surrounded by parts and hardware, trying to make sense of directions translated from another language: “First to assemble fastener B in slot A softy so as not to bend Q while straightening arm V at the junction of slot A and other parts.”

Usually this happens late on Christmas Eve with a greatly desired and anticipated doll house or similar toy.


But we don’t need to involve other languages. We can miscommunicate perfectly well in English.


I know a family who decided they needed to confront an elderly relative who desperately wanted to remain in her own home but obviously needed assistance in basic life functions.


“Aunt Florence,” a niece said over the phone, “we need to come over and talk to you about options for aging in place.”


“There are options?” Aunt Florence asked.


“Of course there are options.”


When the family gathered in Aunt Florence’s living room, she served lemonade and cookies and

looked expectantly at her guests.


“Now,” she said. “About these options. What in place of aging? I’d be willing to consider almost anything.”


A recent graduate of Berkeley Law School mused on Facebook that he “Would take BART to the bar exam.”


One of his casual acquaintances replied with congratulations and the question: “Mixology, sommelier or beer? And have I met your friend Bart?”

A morning laugh, this is wonderful! I found a wonderful clock that projected the time on the ceiling. It sounds disruptive, but it isn't. However, the thing had an alarm that I was never able to figure out how to set. The instructions were incomprehensible. And then there was this one phrase, "to use the sleep embezzler, first press button on side." There was no button on side, and what the heck is the sleep embezzler! I never did want to know.

On another note, a friend of mine, Colombian born but US raised often told the story of her mother wondering why she kept seeing advertising for a car that didn't work. Her mother was referring to the ads for Nova.

KM, these are hilarious! I feel the need to run out and get a BO SHENG theproduct as soon as possible.

Kait, I'd be leery of a "sleep embezzler," too. I might have to look into the clock that projects the time onto the ceiling. Right now I wear a watch with a light-up dial to bed.

Shari, I think I could use a BO SHENG theproduct, too.

Kathleen, thanks for the reminder to pause and laugh! I agonized for hours trying to figure out how to strip personal identifiers in Word 2016. "Trust" and "privacy" indeed.

Margaret, I feel your pain! I haven't tried to remove the identifiers from Word 2016 (or windows 10) yet. I have a paper in my "essentials" file about how to do it on y old computer with an earlier version of both, but I'm sure there will be weeping and gnashing of teeth next time I need to do it on the updated ones.

Carla, I hope you enjoyed it!

KM, I loved this and needed a laugh to start my morning.