This is a confession and affirmation, not a political rant. But politics greased my slippery slope, so if you are sick of anything political, skip now to the comments and tell me something good about your day today.

I have been off my game for nearly a year, and I have only myself to blame. Oh, I could be like many of our current leaders and point fingers in this direction and that: To Republicans for choosing a candidate whose personal behavior and hateful statements go against so many of the moral values I believe in. To Democrats for treating the electorate as if their candidate had a divine right to inhabit the Oval Office. To people on the right and left using ad hominem attacks instead of engaging in discussions based on a complete set of facts (and not using cherry-picked sets of words to imply a different meaning from the one actually conveyed). I could do that, and yet I would be wrong.

The only piece of that narrative I can control is choosing how I react to these and similar events. 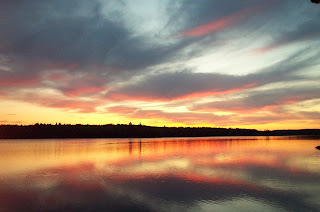 In July and August and September and October I fussed and fumed and spent inordinate amounts of time keeping track of the political news and fake news and non-news as it was shouted and pontificated by everyone, everywhere. I read news articles and blogs and watched far too much television relating to the election. I checked my online news feeds multiple times a day.

When I hit a spot in my writing where I wasn’t sure what I wanted to say or whether the verb I had used was the best choice, I’d slip away and check the latest news or deal with the few emails that had come in since the last time I checked.

Well, enough of that! I declared June 1 the beginning of Take Back Jim’s Life. I know, how lame is it to label the regaining of one’s own life? But, we all know an effective advertising campaign can do wonders for sales. And changing one’s behavior is a personal sales job. 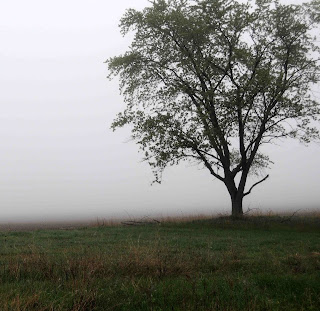 So be warned, siren song of news headlines: you’ll only have a chance to catch me once in the morning and maybe again at night. I’m sure my email program will miss our constant interactions, but it will get used to receiving my attention only before or after I start a project. I’ve already blocked politics from my Facebook feed (although it’s not a perfect filter).

Thanks for allowing me to share my confession of losing my way and my first step to taking control.
Posted by Jim Jackson at 12:00 AM

Very very relatable post. It was a similar situation for me during be the winter months. I found myself obsessed with
all the political news and posts on FB about you know who.
My daughter warned me about posting and talking about it. She was the one who said that I should
let go of it. There's nothing you can do on your own and her pointing out
how out of control I gad gotten was all I needed. I
removed all of my 'rant' posts, stopped looking at my
news app and now race past any of 'those' posts. It literally sucked the
creativity out of me. I'm back to writing and reading and
I feel much calmer and creative.

Christina -- Smart daughter. I'm glad you've found your way back from the darkness.

I'm in the same boat, Jim, and I like the direction you''ve chosen. I need to do the same. Jane

Jim, you've put it beautifully. I told myself that I was being a good citizen by following all the election news (and I still believe we should stay informed) but the neverending wallow was counterproductive, to say the least. The constant accessibility and speed of today's news cycle has benefited no one.
So I wish you Godspeed on your project and I'll be attempting the same.

Jane & Shari -- In one way it's somewhat comforting to know I'm not alone. In another, it's sad so many of us have succumbed to the downside of all "news" all the time.

I'm a daily reader of the Washington Post so I can keep up with the latest atrocities. For some reason, our senator feels compelled to email me once a week (look at me! I'm earning my big salary doing nothing for my constituents), which reminds me to send yet another postcard to him. Our congressman is too scared to hold a town hall meeting, and persecutes me with robo-calls about "call in" meetings. Frankly, the proposed gas pipeline through our densely populated area is of more concern than the shenanigans in DC.

Good for you for taking a step back!

A select few of us may be destined to make a huge difference in our political future, but most of us have only a minor, if very important, role--voting and letting our opinion be known. We have other roles to play in the world, and if we all spend our time and energy fretting, we not only don't do a whole lot of good, we don't get what we should be doing done.

I fully support those who are active in politics, but I know I am not destined to be one of the change-makers.

Jim, I applaud you for stepping back but I think there's a balance to be achieved here. Few things frustrate me more than to talk to someone who is an uninformed citizen. We have an obligation to be informed, and in these perilous times my personal opinion is that it's important to be part of the resistance--that chorus that daily grows louder and stronger. It's the only hope we have against tyranny and the disappearance of democracy, which would take with it our way of life. I cannot and will not remain quiet in the face of daily outrages. My grandchildren and their future are too important.
I have confidence that you'll stay informed and make your voice heard when it's important. And you'll continue to write good, strong novels.

Jim - well said, having been there myself and appraising the candidates in a very similar way. And my dismay with both factions of the political scene seems to be growing rather than diminishing, and I'm a person who's followed the news since the Eisenhower years. But nobody seems to be asking my opinion, so I've decided to leave it to passionate idealists and retreat to those things over which I have some control -- the garden and the stories and a lifestyle that suits me. Oh, I still observe, but only as an amusement.

I give President Trump credit for energizing the people opposed to him. I give you credit for returning to sanity,

Thanks for sharing your story, Jim. I keep reminding myself that one cannot drink from a firehose. But one must drink. Here's to happy mediums and the sanity of moderation.

Little but IMPORTANT steps. I need to follow this strategy!

Jim, I confess to being a news junkie. I read and hear it all, good bad and fake. But now that it's become a hysterical circus, it's easier to get back to writing. It's kind of ironic that we enjoy making stuff up for fun and profit and criticize the media and politicos for doing the same thing. Of course, they peddle it as truth. We mystery writers admit that our fiction is for entertainment.
When politicians and pundits used to pontificate, Mark Twain and Will Rogers knew how to pop their bubbles. Now most satirists are themselves biting and political.
Back to creating fiction for entertainment. And admitting it.

Declare War, Jim. Everyone says transition takes two years. I'm in my second year and need to take back my life as well.

Good luck, Jim. It's not easy, but it's doable!

I envy anyone who is able to ignore the news. I've been in therapy since November because of all this and my therapist tells me not to watch the news. I take breaks, but... Good for you for taking back your life. I agree with Judy Alter that it's important to stay informed, but I have yet to find a way to climb clear out of the mess. I trust this situation will fix itself fairly soon and I'll rejoice on that day! Meanwhile, I have been able to get back to writing and I consider that an achievement.

For good news, I'm thrilled with the anthology I put together that will be out either late this month or in July. Also, a new series coming out next year with Lyrical Press. Good things are still happening.

Margaret -- I believe two things will go a great way to moving politics back toward the middle. Eliminating Gerrymandering by both parties and forcing members of Congress and their staffs to have to live under exactly the same rules as they pass for the rest of the country.

KM -- the role I'll continue to play is to call out those who make false claims about social programs like Social Security, Medicare, Medicaid and the like. Its an area I know whereof I speak, it has huge problems, and until both the right and the left understand what the actual facts are, we'll never solve it.

Judy -- yes, I'm not ignoring news, just not obsessing on it -- or what passes for it.

Geoff -- gardens can be good for all that ails us!

Tina -- the fire hose analogy is a good one to keep in mind.

Carla -- another one for the support group. :)

Nancy -- I think humor still plays an important role in the political theater. Unfortunately, everyone seems to think their politician is okay, it's the other guys who are the problem -- and keep voting people back in office.

EB -- Two years, oh my. I guess we'll need to see how I'm doing in 2019! I suspect your transition from the family business and then moving to the Outer Banks should be a bigger transition that I need to make -- at least I shouldn't make as big a deal of it!

Kaye -- with some of the things going on in your life, it's great that the writing aspect continues to go well.

Jim, I'm a little late here because of thunderstorms off and on. I don't follow Facebook much and certainly not on the political comments. I do listen to NPR to keep up with what's happening, and read my local newspaper, and I get an online Washington Post with columns about politics mostly. Other than that, unless my California daughter calls me and wants to discuss what's happening because she's not comfortable discussing politics at work, or with her friend who she feels voted the opposite of what she did. Mostly when I hear the latest, I tend to mentally roll my eyes and shake my head, and think not again, and let it go. I have too many other things to concentrate on, and except for voting and taking part in some marches, that's all I can do to make a diffeence.

Gloria -- voting is, of course, a key to our democracy. I often wonder if our government would be different if 75-80% or more of the eligible voters actually did vote. We won't know, but I do shake my head at those who so take democracy for granted that they choose not to vote.

I can definitely relate to what you did. I need to stop checking email and Facebook so often. Thanks, Jim! You've shown me what I need to do.

You're welcome, June. Best of luck with it.