All writers kill. Not just us mystery authors, but every writer has to mercilessly slash and cut and bury beautiful, worthy-of-life…words. Gorgeous, take-your-breath-away scenes. Descriptions so detailed you can smell them. Hysterically funny bits that might just bring world peace if the bad guys read them. We all have to kill our darlings, but every so often, I resurrect one and let it run around in the open air for a while. 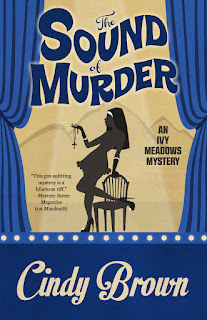 The dead darling below was cut from The Sound of Murder, the second in the Ivy Meadows series of madcap mysteries set in the off, off OFF Broadway world of theater (and “a definite delight,” according to Suspense Magazine). I really liked this scene, and even did the research for it (yes, Doritos do burn, though they take a while to light), but it just didn’t fit into the final draft. I hope you’ll enjoy it all on its own. A few notes: It’s written from Ivy’s point of view, Zeb is a teenage dishwasher at the dinner theater where she’s working, Candy is an actress, and Arnie is the theater’s producer.
#

When I got to the theater that night, I was anxious and distracted. Maybe that’s why I set the drapes on fire.

“What’s wrong?” Zeb sat down next to me at the long table in the greenroom. I’d just finished dinner.

“Not true.” Zeb leaned over in front of me so I had to look at him. For the first time, I noticed that his pimply young face had old eyes.

“You haven’t asked about dessert,” he said.

“I know what to do.” Zeb jumped up out of his chair.

“She is not having sex with you,” Candy said. Zeb just smiled and walked back toward the kitchen. He came back a few minutes later, carrying a bowl.

“Stress relief,” he said to me, setting the bowl down in front of me. It was full of Doritos. I politely ate one, even though I’d been hoping for chocolate ice cream.

“They’re not for eating.” Zeb laughed. “They’re for a science experiment. Thought maybe you’d want to help me. You know, clear your mind before the show.”

“Sounds good.” I did need to get my mind off producers and suicides.
“I’m researching flammable food.” Zeb took a lighter out of his dishwasher apron pocket. “So far I’ve set marshmallows on fire and found out that orange peel is an accelerant. Now I want to test Doritos. I heard they’re good fire starters.” He flicked his lighter into life and held the flame to the chips. Nothing.

“Maybe if you lit some paper underneath them?” I said, crumpling up my napkin. Zeb lit it.

“Zeb!” The cook appeared in the doorway.

Zeb scrambled toward her. “Let me know if it works,” he said over his shoulder.

My napkin flared and went out as the stage manager’s voice came over the P. A. system: “Half hour ‘til places.” The entire table got up as if on cue. The Doritos were blackened but not doing much, so I stood too. Just then my cell buzzed.

(Ivy picks up the call and goes to her dressing room to get ready for the show. Then…)

“FIRE!” I heard someone yell. “Gotta go,” I said as calmly as I could. Then I hung up and raced toward the noise. By the time I reached the greenroom, Arnie was spraying fire extinguisher foam onto the blue drapes behind my seat and the bowl of flaming Doritos.

“You tell me.” The fire now out, Arnie put down the fire extinguisher and collapsed into a chair, a sheen of sweat on his face.

Zeb ran into the room. “It worked!” He caught Arnie’s glare. “Ivy was supposed to watch it.”

“Why, Miss Ivy, you are turning into a regular little firebug.” Candy stood behind me, staring at the smoldering mess.

“That’s ‘cause she’s hot,” said Zeb, trying to get back into my good graces after throwing me under the bus.

I stared at the drapes and table, which were now covered in an acrid-smelling fine white powder. The Doritos were all still in the bowl—none on the floor or near the drapes.
“Everyone out of the room!” said the stage manager, who had come in and taken charge. “This stuff can irritate your throats, and you all have to sing tonight.”

The crowd skedaddled, concern about their performances overriding their curiosity. Not me, though. I lingered, taking a mental snapshot of the scene so I could ask a certain budding arson investigator about it. I didn’t get it. I may have been nervous and I may have been distracted, but even if the chips had caught fire, how did the flames travel to the drapes?

Thanks for breathing some life into my dead darling!

Cindy Brown has been a theater geek (musician, actor, director, producer, and playwright) since her first professional gig at age 14. Now a full-time writer, she’s the author of the Ivy Meadows series, madcap mysteries set in the off, off, OFF Broadway world of theater. Macdeath, Ivy’s first adventure is “a gut-splitting mystery…a hilarious riff on an avant-garde production of the Scottish play” Mystery Scene Magazine). Cindy and her husband live in Portland, Oregon, though she made her home in Phoenix, Arizona, for more than 25 years and knows all the good places to hide dead bodies in both cities. She’d love to connect with readers at cindybrownwriter.com (where they can sign up for her Slightly Silly Newsletter) or on Facebook or Twitter. 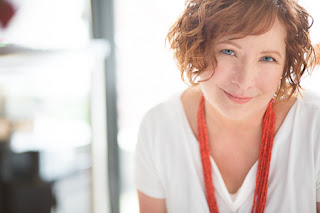 It is painful to cut some of your darlings. I'm glad to see that one of your darlings is getting a bit of life. I heard you on a panel at Malice and thought that your books sound delightful. Wishing you every success with the books in your series. I look forward to reading them.

What fun! Thanks for sharing with WWK.

This book sounds like so much fun, can't wait to read it.

Thanks, you all! I love giving life back to a dead darling. Hope you like the books (and now you have a little extra info no one else does:)

Surely that scene has to find a home somewhere. Maybe as the centerpiece of a short story, if it doesn't fit in a nove.

Ooh, a short story - what a great idea!