Letter to my Friend 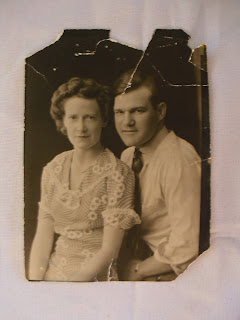 Dear Friend,
You were born a long time ago.  In fact in the year of your birth Warren G. Harding was elected president in a landslide.  It was also the year when the Cleveland Indians beat the Brooklyn Dodgers in a best of nine game series in the World Series.  That year an editorial in the New York Times written that year reported that rockets could never fly.
Happy ninety fifth birthday!

Even though you are older than pop up toasters and “talkie” movies you have been a blessing to us. Your joy in living is infectious. (Did I mention that you are older than the discovery of penicillin?) We feel honored to call you friend. You and your wife enhance our lives.

Census data reveals that each year there are very few deaths of people ninety-five and older.  We hope that you will live at least ninety-five years more even though we do not expect to be around by then.
Posted by Warren Bull at 10:21 AM

That's lovely, Warren - and happy birthday to your friend.

Happy birthday to your friend. Coming from a family where one of my five uncles lived to be over 100 and the rest lived into their late nineties, I think your friend has a good chance of being around a few more years. Wishing him well.

Happy birthday to your friend! Wishing him many more wonderful years.

I just went to a party for an 87 year old who is still teaching a PhD class at a university in California and does consulting work on the side. I hope your friend has a wonderous day with great cake!

happy birthday and many happy returns to your friend.

My grandparents had a toaster with side flaps that pre-dated a pop-up toaster. It always struck me as a sensible method of toasting bread.

Warren, happy birthday to your friend. Every Monday in our newspaper, they interview veterans, and often they are in their 90s. As for the toaster, I have one of those in my camping supplies.