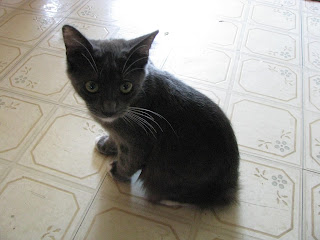 For the first time ever the Los Angeles Chapter of the Society for the Prevention of Cruelty to Animals gave the National Hero Dog Award to a cat.  Six-year-old Jeremy Triantaflo was riding his bicycle on his family’s driveway in Bakersfield, CA when he was attacked.  Scrappy, a dog that lived next door got out of his yard, grabbed Jeremy’s leg and shook from side to side. Tara, the family cat body slammed Scrappy and chased the dog toward its home.  Jeremy, who is autistic, had to have eight stitches.  Scrappy was later euthanized.  Tara’s heroics can be seen on YouTube
Tara is not the only feline phenomenon. 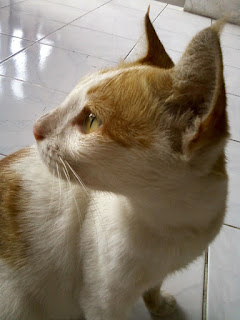 Chris Perez of the New York Post reported that Masha, a long-haired tabby cat, saved the life of a

baby abandoned in the streets of Russia. She climbed into the box he was discarded in and kept him

warm, health officials said. “The baby had only been outside for a few hours and thanks to Masha …

he was not damaged by the experience,” a hospital spokesman told Central European News.

Her meowing attracted the attention of a woman passing by.  “She is very placid and friendly, so

when I heard her meowing, I thought that perhaps she had injured herself,” said Obninsk city resident

Irina Lavrova. “Normally she would have come and said hello to me. You can imagine my shock

when I saw her lying in a box next to a baby.”

“Clearly her mothering instincts had taken over and she wanted to protect the child,” Lavrova

explained. “He was well-dressed with a little hat, and whoever left him here had even left a few

nappies and some baby food.”

The baby was immediately rushed to a local hospital, where he was given a checkup and declared fit

Masha has no single owner.  Residents of the area take care of her.  She has returned the favor many

Another example of bravery comes from Suzanne Giovaneatti of the Associated Press.  An orange

his backyard in Milford, N.J. in 2006. Jack, a clawless tabby confronted the bear and sent it

scrambling up a neighbor’s tree. Jack hissed at the base of the tree and kept the bear trapped there for

about 15 minutes. Then, when the bear tried to get away, Jack chased it up another tree.


"He doesn't want anybody in his yard," Jack’s owner, Donna Dickey, told the Newark Star Ledger at

the time.  After Dickey called Jack inside, the bear beat a path back to the woods. 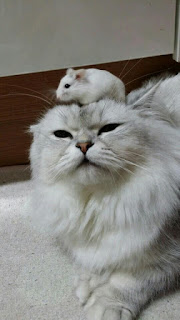 A Wisconsin woman named Amy Jung credited her 21-pound cat, Pudding, with saving her from the

grip of a diabetic seizure only hours after she adopted him from an animal shelter in 2012.

“If something or someone hadn’t pulled me out of that, I wouldn’t be here,” Jung told the Green Bay

Press-Gazette newspaper at the time.

On the night she brought Pudding home, Jung — who is in her 30s and has been living with diabetes

diabetic seizure. That’s when, according to the Press-Gazette, “Pudding planted his weight on her

chest and, when he could not wake her, began swatting her face and biting her nose.”

Jung came to her senses enough to yell out to her son Ethan for assistance. At that point, Pudding

jumped up onto Ethan’s bed and startled him into action. He immediately rushed to get his mom the

Last but by no means least:

Police aren't sure how else to explain it, but when an officer walked into an apartment in January

2006 to answer a 911 call, an orange-and-tan striped cat was lying by a telephone on the living room

floor. The cat's owner, Gary Rosheisen, was on the ground near his bed having fallen out of his

Rosheisen said his cat, Tommy, must have hit the right buttons to call 911.


"I know it sounds kind of weird, Officer Patrick Daugherty said, unsuccessfully searching for some

balance. He also wasn't wearing his medical-alert necklace and couldn't reach a cord above his pillow

that alerts paramedics that he needs help. But the 911 call got placed anyway, and when Daugherty

arrived on the scene, he found Tommy reclining next to the phone.

Have you known any heroic animals?
Posted by Warren Bull at 12:00 AM

Amazing stories. How did a cat dial 911?! I had no idea that our feline friends were capable of heroic acts. When I had a cat all she wanted to do was eat, nap and have her ears rubbed. She didn't have superhero tendencies.

Fantastic post Warren. Cats often get short shrift in the heroic animal world, but they truly do have their moments. Thank you for pointing that out. My six are giving you high fours! Kara, I can tell you how my cat dialed 911. The phone I had at the time had three external speed dial buttons. One for my then boyfriend, one for the vet, one for 911 (I programmed them that way) I woke one night to the police in my backyard in response to a 911 call. Since I lived alone, except for the cat, we decided the cat had jumped on the counter and stepped on the 911 button. I changed the phone out after that. This cat had six toes, and she used her extended dew claw toe as a thumb. She could open anything with a knob. Fun to watch.

Great stories, Warren. None of the pets I have had were this heroic, but perhaps they just didn't have the chance to prove themselves!

I loved reading these stories, Warren. My brother and sister-in-law took in two yellow tabbies who were brothers from someone they knew. One day a neighbor arrived with a large lab, went after one of the cats. The other cat came flying around the corner of the house, and leaped on the dogs back and dug its claws in while growling and hissing until the dog ran back to the neighbor's truck and into the back shaking and afraid.

Great stories, Warren! We had a cat at one time who knew how to leap up on the phone/answering machine, put it on speakerphone, and flip off the receiver, so that a loud "IF you'd like to make a call, please hang up and dial again" would wake us when he was mad about being shut out of the bedroom. If we were late coming home, he also would put the phone on memo and drag food up to eat it on the microphone, so we'd get messages of him crunching loudly into the phone. He never mixed those two acts up, either.

My sister had a cat that let a new puppy, friendly but ignorant about boundaries, know he wanted to be left alone. The puppy grew bigger. The cat did not. However, the cat continued to hiss when the dog stepped out of line. The dog remained intimidated.