An Interview with the 2014 Agatha Best Short Story Nominee Authors

Art Taylor, Barb Goffman, Edith Maxwell, and Kathy Lynn Emerson are all talented and seasoned short story authors. We are so pleased to welcome them to WRITERS WHO KILL to answer a couple of questions about how they weave their magic. Enjoy their answers, then take the opportunity to enjoy reading their nominated stories. You’ll be delighted by their inventiveness and skill. Thanks so much to Art, Barb, Edith, and Kathy and best wishes.

How many characters should be in short stories and how well developed can you make a short story character? 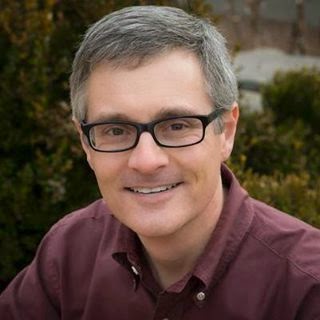 ART:
Stage managing a lot of characters in a very short space can be a challenge, even if a lot of them are ultimately secondary characters or maybe no more than cameos, but I do think that it’s possible to handle a fairly wide cast with careful attention to making each one distinct and purposeful. The key here, as you suggest, is to decide how far to develop each character. I’d hope that my main characters (one, two three, ever how many) are pretty well developed: a physical description and full-bodied presence (what do they look like, wear, physical mannerisms, how they talk), a sense of some inner life (hopes, dreams, fears), and hints of a past or a life beyond the page that helps the readers to get a sense for them. Secondary characters can do with a little less: perhaps something physically distinctive, yes, something so that readers can recognize them quickly, but mainly a defined purpose in the plot, a clear role that sets them off from others. Beyond that, I’d want the bit parts to be realistic but not obtrusive—adding atmosphere, ambience, etc. but not stealing the scene! When I think about some of the short stories I’ve taught over the years—Stanley Ellin’s “The Moment of Decision” or “The House Party” or Daphne du Maurier’s “Don’t Look Now” or Chandler’s “Red Wind,” for example—I see ways that authors can orchestrate four or five or even seven, eight, nine fairly key characters in an effective way. 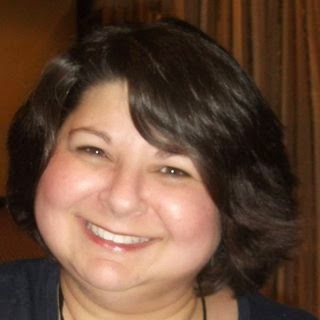 BARB:
There’s no set number. You should have as many characters as you need to make the story work, but no more. Consider the job each character has in making the story work. Is it essential? Could one character do what you now have two doing? If so, merge those characters. Snow White and the Seven Dwarfs is an example of a story with too many characters. Doc is essential because he ministers to Snow White. You need maybe one or two other dwarfs to do things around the house. But seven? That’s way too many. Most of those dwarfs could have been cut without missing them, which means they aren’t essential to the plot and should have been left on the cutting room (or forest) floor.

If every character is in a story to serve a specific purpose, then the author should be able to determine what aspects of that character are important to show in the story. Consider my character Gus from my Agatha-nominated story “The Shadow Knows.” He’s superstitious, and he hates winter. Both aspects of Gus are important to the plot, so I developed them in the story. Gus might also love to barbecue on summer nights, but that’s not important to the plot, so the reader doesn’t know about it. Just as I have only as many characters as are needed to tell a story, I only use page space to develop those aspects of a character that are necessary for a story’s plot. Fully developed characters are wonderful in a novel. For a short story, I don’t have the space for that. 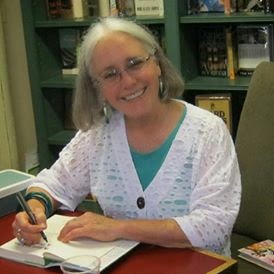 EDITH:
You need as few characters as you can get away with. You usually need victim, villain, and protagonist. Unless the protagonist is also either the victim or the villain. Many of my published short stories have been tales of murderous revenge carried out by the narrator, always in the pursuit of justice. Most stories have a few other characters scattered in, but the goal is to have to name as few as possible. If they are important to the story, they get named. That said, my Agatha-nominated story “Just Desserts for Johnny” features only two characters. And because you keep the number of characters slim, you have room to develop those few personalities as far as you need to. It doesn’t have to take much to show us what someone is like, and it should always serve the story, not the other way around.

KATHY:
Oh, am I ever the wrong person to ask about this! I know the “right” answer is as few as possible, but I don’t seem to be able to write anything, short or long, without a cast of thousands. Truly, that’s not much of an exaggeration. I don’t even succeed in referring to them only by their function (the bailiff, the coroner). I give them all names. In “The Blessing Witch,” set in sixteenth-century England, I have no fewer that eight named characters (and a bunch of unnamed ones) in a story of only 2372 words. That said, I do think a short story character can be quite well rounded. In this story, all those other characters are interacting with Old Mother Malyn, the title character who solves the crime.

In short stories, does theme come first or develop from the story itself?

ART:
I think this depends on how we define “theme” really. I think it’s too easy to conflate theme with message or with moral—or with some overriding sense of an issue to be explored (that’s how too many of my students take it, I think)—and in that case, I’m hesitant ever to begin a story with an idea of something I’m trying to say to the reader, because I think such an approach runs the risk of being didactic, of flattening out the story. But I do think that you can productively begin with the idea of some problem or crisis and then write to figure it out, which helps preserve the surprise. My story “The Odds Are Against Us” started out with the idea of a friendship in mortal crisis (even if one of the friends doesn’t know it), and I was interested in exploring the question of ethics somewhere at the crossroads of personal judgment, professional responsibility, the bonds of friendship, etc. Anyone analyzing the story would probably see that’s one of the themes here, but I hope none of it came across as being “here’s the lesson” or “here’s the message” but rather here are the characters and look what happened.

BARB:
I never write with a theme in mind. I often will finish a draft and realize the story has a theme, but it wasn’t intended. My goal is to write a good, entertaining story. That’s it.

EDITH:
For me I’d say the theme is tied closely to the crime, whether murder or a lesser crime. I don’t think I’ve ever started writing a story where I didn’t already have a pretty good idea of the crime, unlike some of my books! 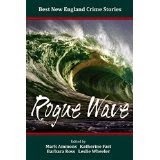 KATHY:
I don’t plan my short stories in advance, so I think I can safely say I don’t have a theme in mind when start work on them. On the other hand, with the exception of a couple of short stories for children that I wrote many years ago, all of mine are about a sleuth solving a crime, which means they all have the same theme—the truth will out.

I know there has to be one winner, but I after reading stories that are nominated, I wonder why there can't be more short story categories. Art's one story is suspenseful, Barb's is humorous, Edith's is traditional, and Kathy's is historical. There are a few categories in the novel nominations, why not in shorts? Best of luck to all of you, but you are already winners being nominated!

Thanks so much! Agree about already being winners. And categories is a great idea.

Best of luck to all of you! I've read your stories and can only say that you've made the idea of picking one as "best" incredibly difficult.
And "leaving one of the dwarfs on the (forest) floor" - classic Barb Goffman!

Thanks for the kind words E.B. and Shari. There have been ties in this category before. I wonder if it's possible to have a four-way tie?

Thanks, E.B. and Shari for the kind words. (Those dwarfs had it coming, Shari!) And thanks to Paula Benson for arranging today's blog.

Good advice from one and all.

What a great blog. I loved reading your input on amount of characters necessary and the theme. My only wish is there could be more than one Agatha for short stories because I think you're all deserving of it. The only think I'm happy about is that I'm not one of the judges trying to make the decision.

Such a comprehensive variety of stories! All of them are excellent; it'll be hard to choose a "winner."

Thanks to these outstanding authors for sharing some of their insights with us!

Thanks for hosting us here, Paula--and thanks to everyone for the fine comments here already! I've been teaching this morning, so just coming up for air.

And yes, E.B.: I think that's so true! I've remarked how wide and diverse the short story can be--in several ways: tone, structure, length, etc. Having a single category that covers everything from flash fiction to novella, plus a variety of tones and approaches... well, it's tough to compare. But I'm just glad that such a wide range IS being read and celebrated. The whole row of us can serve as a testament to the vitality of the form, I hope. :-)
Art

Congratulations to all on writing wonderful stories. I hope they figure out a way for you ALL to win.

Congratulations to the nominees. I would also like to see categories for short stories.

Thank you all for sharing your excellent advice!

Thank you, Art, Barb, Edith, and Kathy, for being so gracious, answering all my questions, and writing such terrific stories. You are all absolutely the best. Many, many thanks!

Congrats to you all! You are all interesting and talented authors.

You four are a great cast of characters! Whoever wins, as said before, you've all already won. This is a fun, fun post!