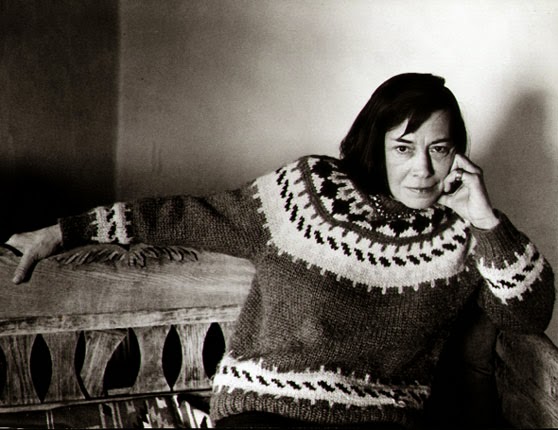 Patricia Highsmith was the writer of powerful, compressed narratives of psychological complexity and transgressive violence. Her short fiction and novels are gems of tight, spare narrative that carries an outsized emotional impact. Her reputation was often injured because she wrote almost exclusively crime fiction of one kind or another.

When a biographer of Patricia Highsmith interviewed Norman Mailer about Highsmith, Mailer said, “Remind me? Who was Highsmith? A high-class detective novelist?” Well, not really. She rarely created detectives and when she did, they were failures at solving crimes. All of Highsmith’s authorial sympathies were with the performers of the criminal acts. In Highsmith’s works, the suspense is usually whether or not the protagonist will be able to get away with one or more violent acts.
Highsmith wrote 22 novels, a number of which have been made into successful movies. Her protagonists were usually outsiders—neurotic or even psychotic—and they usually carried out criminal acts, for which most often they were never caught or punished. She records extraordinary characters acting out bizarre fantasies and strange intimacies in precise, flat, simple prose.

There is little resolution in a Highsmith novel. Her characters succeed or fail in their (mostly criminal) endeavors, but they almost never work anything through or develop. Her books and stories are usually explorations of morbid psychology. Her psychological thrillers, however, are often loaded with satire and black humor. Many European critics see her as an “existential” writer.

Disturbing violence was one of her trademarks. Murderous impulses lurking behind facades of normal lives was another element of the Highsmith brand of chilling psychological suspense novels. A third element was always her emotionally and morally ambiguous young men of uncertain sexuality who served as her protagonists. Told in stark language, her startling and ironic books have long been admired for their daring themes and uncompromising vision.

Filmmakers were always drawn to her work, and a number of successful movies have been made from her books, beginning with Alfred Hitchcock’s Strangers on a Train, made from the novel of the same title. The Talented Mr. Ripley was made into three different movies, and Ripley novels, Ripley’s Game and Ripley Underground, were also filmed.

In later years, her misanthropic and misogynistic tendencies, not to mention her racism and 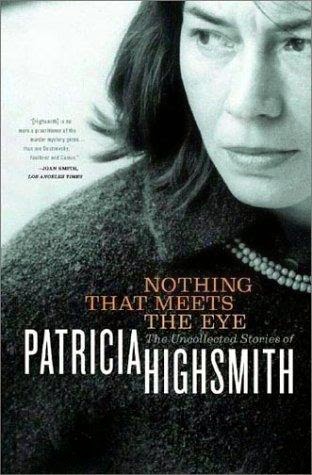 anti-Semitism, became more and more prominent and pronounced. This and her choice to live abroad helped to keep her reputation in the United States lower than it should have been. Highsmith had spent a great deal of time at the writer’s colony, Yaddo, during her early career, and though she became an expatriate in Europe for the last half of her life, she left her $3 million estate to Yaddo when she died.


Highsmith books that I particularly recommend are Strangers on a Train, The Blunderers, The Talented Mr.. Ripley, This Sweet Sickness, Edith's Diary, The Boy Who Followed Ripley, The Snail-Watcher and Other Stories, Little Tales of Misogyny, The Animal Lover's Book of Beastly Murder, and Nothing That Meets the Eye: The Uncollected Stories. That last book was published posthumously. Highsmith also wrote an excellent book on writing, Plotting and Writing Suspense Fiction. I think you'll find that Highsmith stands the test of time as a writer, if not a person.
Posted by E. B. Davis at 12:00 AM

Thank you for introducing me to a new writer. Although I am familiar with the movies, I had not thought to pick up any of the books. it is always fascinating to read a book from the perspective of the villain, for want of a better word. And to read books where, just as in real life, justice doesn't always triumph.

I couldn't help wondering what Norman Mailer would have thought of Highsmith's work if it had been written by Patrick rather than Patricia.
Thank you for mentioning her short stories, Linda. I did not know she wrote them and I'm going to give them a look. When I read The Talented Mr. Ripley - so dark -I remember thinking how talented Highsmith was to make such a fascinating, amoral character.

Norman Mailer despised Gore Vidal and many others. I think anyone who get good press reviews earned his ire. Patricia Highsmith, like other authors goes in and out of style from time to time. I think she is a highly skilled writer.

Thanks for reminding me of a writer who I need to re-read. I haven't thought about her work in a while, although I do think she influenced what I write.

Margaret Yorke was another author whose superb psychological suspense is a pleasure to read, although most of her characters have an outward appearance of being normal people.

This is so interesting, Linda. I recently bought Plotting and Writing Suspense Fiction and hope to read it soon.

I didn't know that she bequeathed her entire estate to Yaddo.

Interesting, Linda. I'm sure I probably heard of her before, but I don't remember. When I have time, I'll have to read something by her.