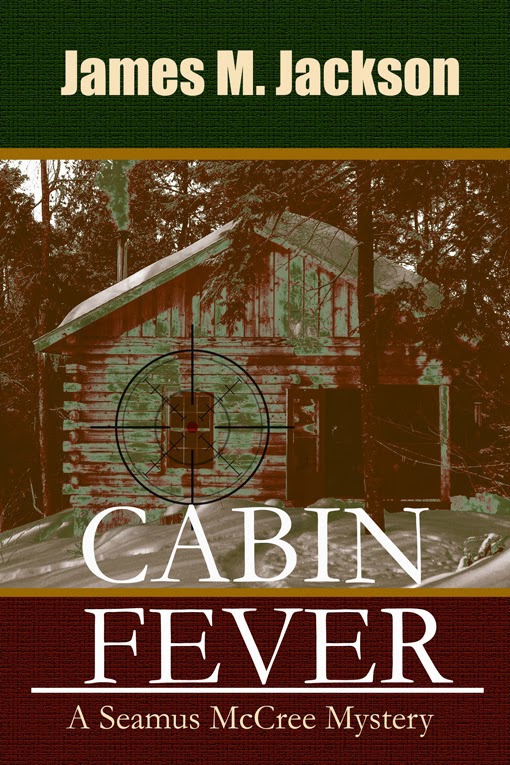 I accepted a blog hop invitation from Christine Finlayson (if you missed her discussion of her protagonist Maya Rivers, you can find it here.) It occurred to me after I accepted the invitation that I had already written quite a bit about Seamus McCree. I provided his quick bio on my website, and I published an interview with him in my first newsletter. So, what to say?

When I invented Seamus, I chose his first name for two reasons. Seamus is the Irish equivalent of James, and while I was writing his story he would temporarily be my alter ego. Also, the name is a homonym of the slang word (derived from Yiddish) for a detective (shamus), which I thought would be a little inside joke mystery readers might enjoy. With Seamus as a first name, he should have an Irish background. Since I had spent some time in Boston, that was a logical birthplace for my creation.

Seamus needed a last name. I know what happens when you do an internet search on “Jim Jackson.” I am someplace within the 3.9 million results, but not on page one. I wanted a surname that would allow him a bit more visibility. McCree served the purpose: it’s an uncommon Irish family name, and even rarer when combined with Seamus.

And that, dear readers, is how he earned his name. The Seamus McCree I described in the bio and newsletter is not your typical hero. However, more important than my intentions is how he came across to readers. To discover that, I decided to read Amazon reviews for Bad Policy, the first in the series.

Here are some reader comments:

Seamus McCree is a fascinating protagonist, more complex than the usual thriller tough guy: He's got a no-nonsense attitude and can keep his cool even when the police are questioning him about a homicide, but he also sings in the church choir; he has few illusions about life but knows how to relax with a good meal or a good book; he refuses to keep a gun in his house but doesn't hesitate to use one when he has to. His family connections and painful past add further depth to his character.

Seamus McCree, one of the most well-rounded, likeable heroes to come along in awhile.

I had become [so] very attached to the character and his world that I had this inexplicable urge to call him and have a chat. I don't remember the last time a character seemed so real to me. The only bad news was that when I finished I realized I miss him terribly and can't wait to see him again.

Seamus McCree (don't you love that name?) is from Boston and has Mafia ties, and he has anger issues. But he's a different sort of PI. He isn't independent but works for a security company doing financial analyses; he has a family—son and mother—he really cares about; he doesn't carry a gun, though he knows how to use one. Oh yeah, he's got a nice backup of security in the bank and investments—most fictional PIs live from check to check.

If those comments intrigue you, pick up Bad Policy or Cabin Fever at your favorite bookstore or online venue. Regardless of what you think about Seamus, check out characters by two of my southern writer friends, Polly Iyer and Tina Whittle. 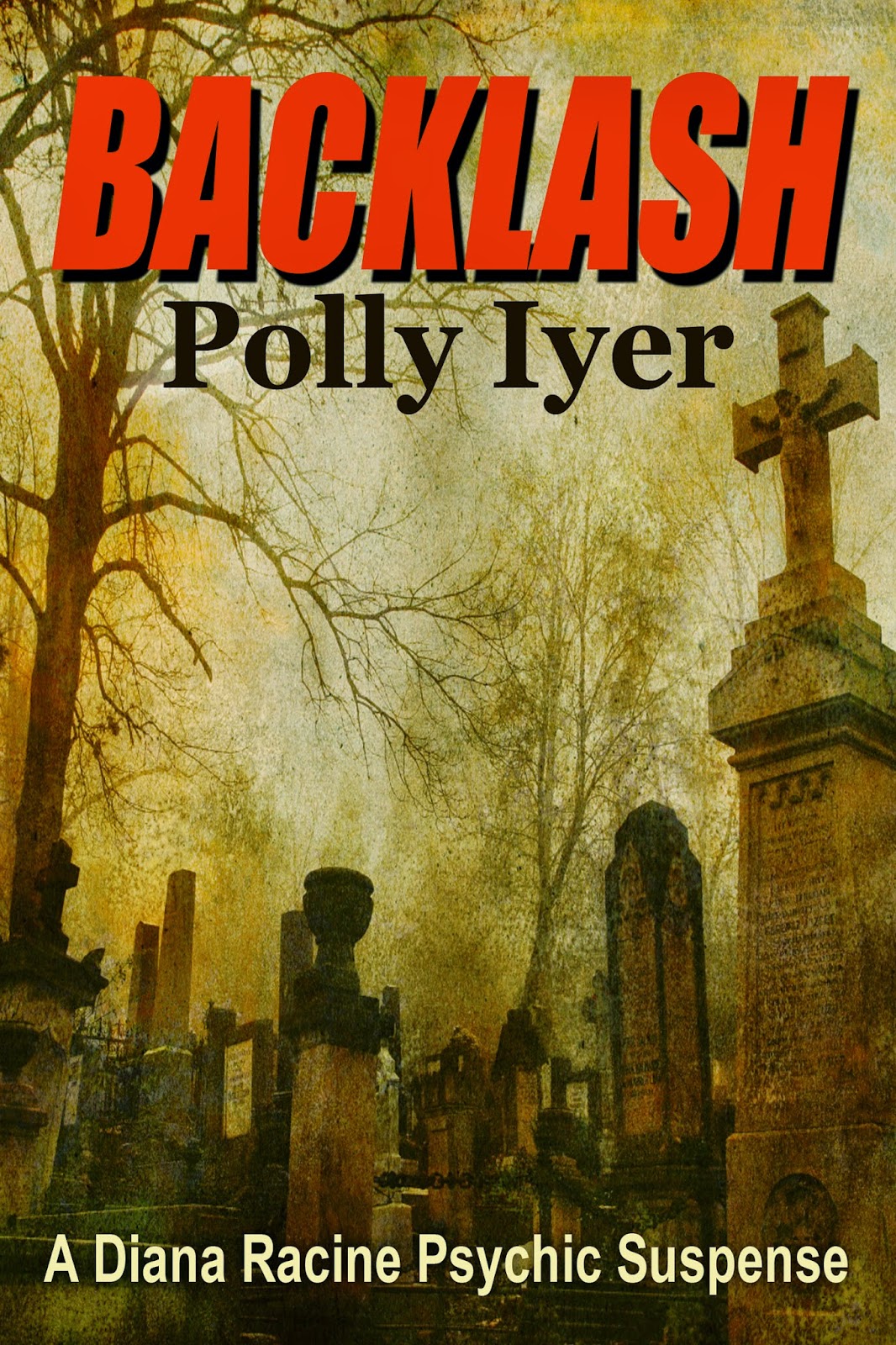 When psychic Diana Racine’s old friend is murdered in New Orleans, her love, Lieutenant Ernie Lucier, brings her in to consult on the case. What she sees when she touches the dead man’s body is another man with silver eyes, a gang tattoo, and a bullet in the middle of his forehead.

Before long, Diana and Lucier are drawn into a web of murders that stretches far into the past. The deeper they get into the investigation, the more it appears the deaths are the work of a group of vigilantes on a moral crusade. Vigilantes wearing the blue of the NOPD who won’t let anything or anyone stand in their way.

Here’s the link to Polly’s blog and if you want more information about her and her books, here's her website: http://PollyIyer.com 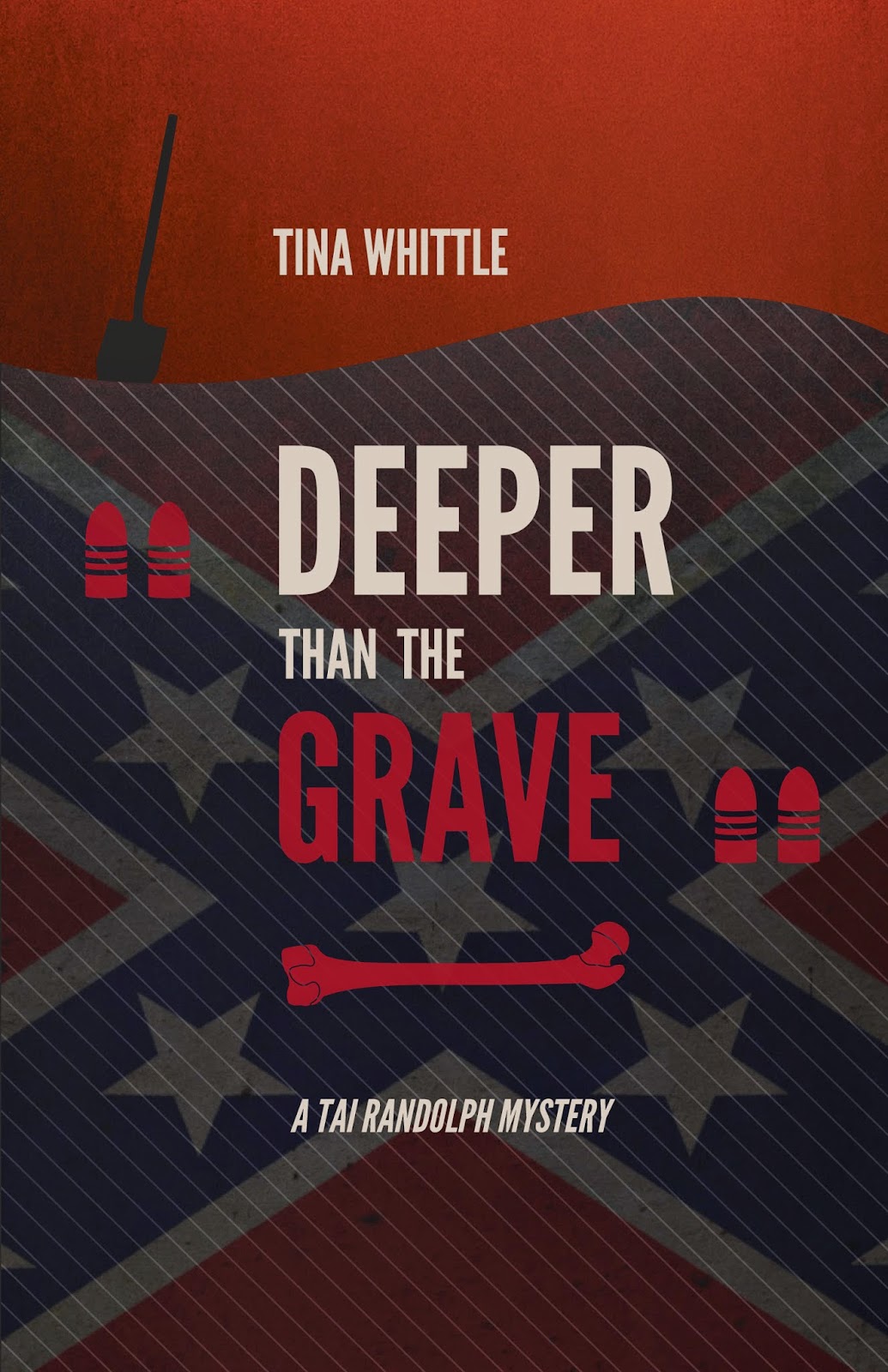 It’s taken almost a year, but Tai Randolph finally has her new life together. She’s running a semi-successful Atlanta gun shop catering to Civil War re-enactors. Her relationship with the sexy if somewhat security-obsessed Trey Seaver is going smoothly. Most importantly, there’s not a single corpse on her horizon.

Then a tornado scatters the skeletal remains of a Confederate hero, and Tai discovers a jumble of bones in the Kennesaw Mountain underbrush. Unfortunately, these are no relics. Tai realizes there’s a murderer on the loose, a clever killer who has tried to conceal the crimes of the present in the stories of the past. As she risks her own life to unravel two mysteries, Tai rediscovers her dangerous taste for murder and mayhem.

I've read all of your fiction (sorry, the bridge book wasn't in my book bag!), all of Polly's books, and Tina's first in her series. They're all keepers. I look forward to reading all of your next in the series books. (That means you, too, Polly. Diana needs more adventures.)

Thanks EB for the kind comments on all our behalves. ~ Jim

You were clever in the choices you made for Seamus. He sounds like a guy who'd I'd invite to dinner so we could chat.

Jim, I love your character Seamus, and can't wait for the third in your series. I'm already enjoying Polly's books, too, and am looking forward to starting Tina's series.

Warren -- thanks for the compliment. I often think that the test of an interesting character is whether I'd be interested in sharing a meal with them and picking their brain. ~ Jim

Thanks, Jim, for inviting me to share the space with you, and to all the folks at Writers Who Kill.

E. B. and Gloria, your kind words are much appreciated. I'm a fan of Seamus (and Jim) so to be included here is especially happy-making for me. Like the rest of you, I'm looking forward to the next one.

Thanks for the introduction to all of these cool characters. I just smacked myself in the head when I read the Seamus/Shamus connection. That's a really perfect name - so much characterization in just two words.

Polly and Tina, thank you for stopping by. I enjoyed learning about your series - your characters sound like real people I'd like to get to know better. And your characters' names are evocative. Diana Racine seems a perfect name for a psychic (Diana the huntress from mythology). And Tai is such a strong, modern name for a woman with a "dangerous taste for murder and mayhem"!

How fun to read about how Seamus got his name, Jim! I will picture his "genealogy"--especially the Shamus part-- as I read Cabin Fever (just arrived). Polly's books are already on my to-read list, and I will add Tina's. Thanks for participating in the blog hop.

Thanks, Shari. I'd always been warned to be careful choosing a name for a character because it quickly becomes a central part of his or her identity. Until I had a protagonist, however, I didn't really understand how indelible a name is. (And I agree -- Seamus and Diana are perfectly named).

Thanks, Jim, for asking me to carry on the character blog and for the showcase of my books here. And thanks to E.B. and Gloria for reading my series and to others who've enjoyed the books. Who knew Mind Games would become a series? Now that book three is published, the mention that I should write book four is putting me into a state of panic. I actually have an idea for book four, but I'll have a standalone in between.

I'll be posting my character blog on my Goodreads blog shortly with links to Jim and to Aaron Paul Lazar, my choice to carry on the character blog.

Shari, the second Diana book, Goddess of the Moon, is all about mythology. Funny you should mention that.

Thanks, Jim, for pointing me in the direction of some more good reads (as if I really needed to expand my TBR list!)

And Tina and Polly, it's always great to hear from writers who have such great books.

I enjoyed hearing how you named Seamus.