It’s a sad fact that not everyone likes my books. 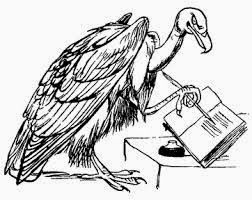 On a conscious level, I know that different people have different taste, and no book is going to appeal to everyone.

But these are my books.

I feel the same way about it that I do about death. I know everybody’s got to die sometime, but on some level I’m convinced that surely an exception will be made in my case. That idea hasn’t been tested yet, but I’ve definitely encountered people who don’t like my writing.

When I was younger, I used to let other people’s opinions discourage me. My father maintained that women can’t write, and he refused to read books if he knew they were by a woman author. When my aunt showed

him some stories I’d tried to write, his response to me was, “What makes you think anyone would want to read anything you wrote?”

My aunt said, “Don’t discourage the child. It will help her reading, and you know she has trouble with that.” Actually, I didn’t learn to read until she and my mother realized I was light years behind the other kids in my class and sat me down one summer to drill phonics into my head. It wasn’t fun, but it worked. It piqued my curiosity about how authors put stories together, using just the alphabet and punctuation marks. I must admit that before I learned to read, I had some notion that those symbols on the page were random in nature.

While I do pay attention to what people say—I know I can learn a lot from thoughtful critique—I go ahead and write what I want to. My husband is good at catching errors I skim right over. He has edited MBA theses and research papers. That’s a big help, and he does a good job, but he doesn’t like my characters.
He claims the protagonist in my series, Jesse Damon, is a wimp. And he thinks my several forays into werewolf territory are silly. This, mind you, from a man who buys every last zombie book he can get his hands on. Last night he was watching a zombie movie in Dutch, with English subtitles.

But now it comes as no surprise that some people don’t like my work. And of course there are more than a few. I took a class not long ago with a woman who doesn’t see any point in examining the situation of people who live on the edge of society, which most of my character inhabit. She and several others were of the firm opinion that people control their own destiny. All their problems are of their own making and nobody deserves a second chance. As one of my brothers says, there are people who were born on third base and think they hit a triple.

I love getting reviews for my writing. Good, bad, indifferent—somebody took the time and effort to do a review! I hope after at least attempting to read the book, although Amazon maintains that it does not require reviewers to have used a product before they review it (in the case of books, that means read them.)

Some of the reviews are puzzling. I got one that says, “I was not captivated. I found the writing slow going and finally just gave up. I couldn’t do it and I normally like historically based books.”

This is a crime novel. I can find nothing that indicates it might be historically based. I'm not surprised the
reviewer didn't like it.

A member of my critique group, who tends to write the kind of horror that keeps people awake at night,

self-published a short story that was accurately described. One reviewer objected to it because it was horror. Go figure.

For those of us who need to do our own promotion, the reviews are important, since many of the promotion sites won’t accept books without a certain number of reviews. The Fussy Librarian wants at least 10. Bookbub, the site with the most impact (and the most outrageously expensive one) declines more than 80% of the requests it receives, and bases a lot of that on reviews.

The critique group has just released a Halloween anthology, Swamp Mansion and Other Dark Tales, and of course we are facing the difficulty of getting reviews. But since the project was for the fun of it and the experience, it’s not going to bother me if we fall short in reviews. We don’t expect to make money off it.
Do you write reviews for the books you read?

On a not so related note, I follow a lot of writing blogs, and it's gotten to the point whenever I click on a title in my RSS feed, and realize it's yours, I'm always excited. You always have something interesting to say, and I've never left feeling ticked off. (Though, granted, that's why I read so many blogs is because I liked getting pissed.)

On a on topic note, I totally agree with you. It's very frustrating for me when people don't realize that the things they like and what they prioritize is not necessarily true for others. I once listened to a man telling a woman writing a detective novel that he didn't like detective novels, here's why... And proceed to tell her every trope she should avoid. Which would have been good advice if she was trying to appeal to people like him. But what a person who doesn't like the genre doesn't like might be exactly what why the person who does like it likes it.

If everyone wrote books I'd like to read, there'd be a lot of bored readers. But that doesn't mean that the books I like shouldn't exist. I think that's obvious, and yet it's still a common sentiment for books to be labeled as "just bad" no matter how many other people get something from it.

My point being, I love and cherish my 1-stars. They are as unique as little snowflakes.

And I scrub myself daily with steel wool. You need thick skin to be in this business.

I sometimes write reviews. I don’t bother with any book that has been reviewed a gazillion times. Life’s short and my review would not matter to anyone, including me. However, I know the value of reviews for self-published works or those issued by a small publisher and so I do make the effort to write them for those books.

Best of luck with your anthology.

Best wishes with the Swamp Mansion anthology. (I just checked Amazon and it has 4.5 stars!) I hope that means lots of new readers for you all.

I feel much the same as Warren and Jim. However, since I interview authors for this blog, I don't feel the need to review as many books because interviewing is helping to promote. Reviewing a book properly takes time. When Amazon prompts me to rate books I've bought, I don't respond. I don't have the time to review each book in the way they deserve. I also won't give a bad review. I will make a note of pros and cons, but I try to be balanced.

Like E.B., I won't give bad reviews, but sometimes I just get too darn busy to go to Amazon to review books I do like. It's not that I forget about them - they're stacked on the shelf next to my computer, and I really, really, really do plan to go to Amazon to review them - someday after I refresh my memory about what I especially liked about them. And then there's the problem of remembering which ones I actually did get around to reviewing already.

As for my own reviews? I'm just as lax about reading those. I have no idea how many reviews I have on each of my books are what is being said about them. I probably should go there and read them some time - that is when I find the time.

Daveler, I'm delighted that you like our blog! To tell the truth, I never thought about reading blogs to fuel my feelings and deal with frustration, but it's a great idea. Next time I feel the need to vent, I'll look into it.

Gayle, at least those wacky people are reviewing your work. And have a reaction to it. Too "Jersey?" all I can think of is the show, "Jersey Shore," and that's so unrealistic.

Jim--that's a good policy. It makes a big difference for some books & authors, and really doesn't matter for others.

Shari--the anthology was a lot of fun. We're planning to do another one soon. We'd hoped Christmas, but guess what? Too many things got in the way. So maybe a spring one.

Warren--that's a sensitive approach. Sometimes I read things and wonder how anyone could like them, but then I remember that not only must some people like them, someone felt strongly enough to write them, and their feelings need to be respected.

E.B. You certainly do your share (and then some) of reviewing. And you say such nice, insightful things about other people's books.

Gloria--I've discovered that, if I'm going to write a review, I'm much better off doing it when the book is fresh in my mind. Especially when it's a book I liked, if I go back to look it over, three hours later I often find myself rereading my favorite parts.

I should probably review books I like more often. Two things I don't like about reviewing on Amazon are the technological snafus that can sometimes happen and that people vote on whether a review is helpful or not. If my review is considered unhelpful to someone who is considering purchasing a book, does that mean it didn't help the author make a sale? That would be unfortunate and not what I intended.

I once got a bad review because my novel misspelled the name Wynton Marsalis (and did I ever get a lecture about it!). Of course, I had gotten it correct--the publisher changed it to "Winston Marsalis."

Kara--Amazon is a force unto itself in everything, including reviews. Us peons just have to try our best to figure out how to make the whole thing work to our advantage.

Kara--ah, yes. The editorial "correction" that makes the author look ignorant. I'm not sure there's a cure for that.