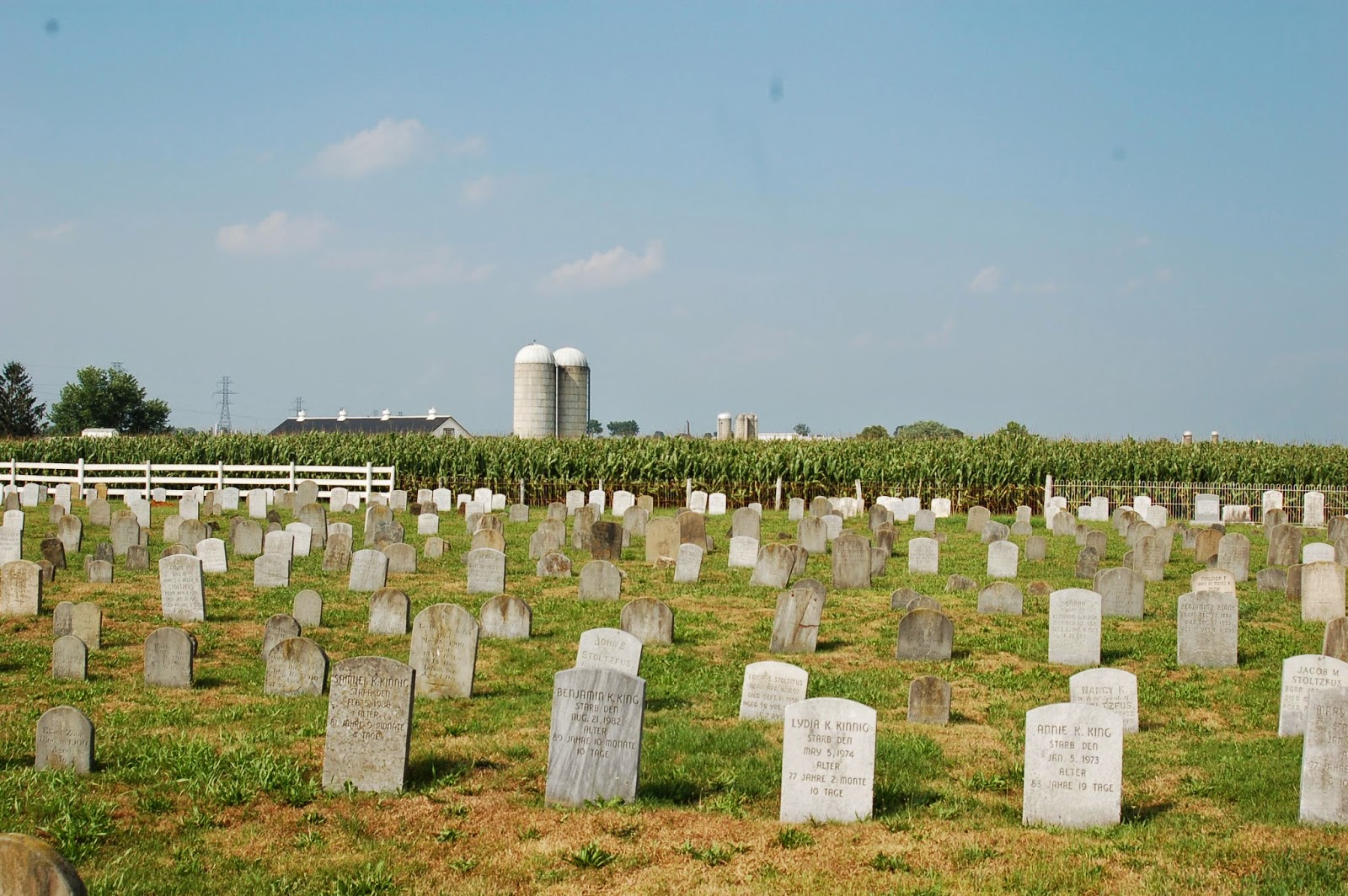 My friend Larry died.  That brings the number of World War II servicemen I know down to three.  During my adult years I sought out servicemen to hear their stories.  My father was a combat infantry soldier some of his friends also served.  I wanted to understand better what my father had gone through.  Like many combat veterans, he didn’t talk about the war except to tell a few funny stories about what had happened behind the lines.

At  work I met a man who landed in the second wave of invaders at Omaha Beach.  The plan had been for the first wave of soldiers to destroy obstacles and root out the first line of defenders.  The second wave was supposed to push farther inland toward crucial cross roads and towns.  Men in the second wave found none of the objectives had been achieved.   The obstacles remained. Men clustered on the beach under whatever little cover there was.  The second wave could stay on the beach and die or try to move inland through German killing zones.  They moved inland.
In a summer job setting before my junior year at college I met a survivor of a concentration camp. He could not talk, but he made his wants known by gestures.  I don’t know his history but the number tattooed on his arm told part of his story.

I worked with a man who had been a navigator in a bomber that was shot down. He spent two years in a prisoner of war camp.

My deceased friend, Larry, volunteered to fly missions even after he was eligible to return to the states due to the number of missions he had already flown. He said, “They didn’t have enough pilots so I kept flying.”  He once shot himself down when fragments from a bomb he dropped flew up and clipped his plane.

I know another man, Charlie, now in a different retirement community, who was the commander of a group of long-distance transport planes.  It would be hard to find a more generous, thoughtful person than Charlie.  His face lights up when he sees friends. His extravagant welcome was one of the reasons I continued coming to the church he belonged to.

The third veteran I know is Manuel.  He ferried marines and soldiers to beaches of islands in the South Pacific, which American forces invaded.  He tells only one story of using a weapon.   Apparently, Manuel and others were trying to sleep in a cave close to Japanese forces. A sniper would shoot at the cave from time to time, maybe hoping a ricochet would hit someone inside.  Manuel borrowed a machine gun and fired bursts in the direction the bullets were coming from.  He explained, “Of course I fired high. I wasn’t trying to hurt anybody. I just wanted him to stop shooting and he did.”  I assume the sniper was trying to kill Americans.  Manuel was willing to put his life at risk, but not willing to take another person’s life.  If you met him for the first time you might guess correctly from his voice that he had been a radio “personality.” He was also an attorney.   Manuel is one of the sweetest men I know.

It has been an honor to know these men.  They helped me understand my father better.  They have strongly affected the way I see the world.

Have you known a World War II Veteran?

My father was a veteran of WW II, but he passed two years ago. We are quickly losing this group of men and women who are leaving us currently at the rate of about 600 a day. (This is down from over 1,000 a day a decade earlier.)

What an amazing group of people.

I'm old enough to have known a number of people with various experiences in WW II. Two of my uncles suffered from what was then called "shell shock," but we now would call it post traumatic stress. A friend's husband refused to ever get a civilian driver's license; he had too many memories of driving a tank through obstacles only to discover that civilians were hiding there. The discovery usually came too late to avoid running over them. And then there's the third generation Japanese American woman and her children who was forcibly removed to a concentration camp in the desert, losing her home and the family's business, while her husband and brother were overseas fighting in the American army.

War destroys lives, resources, dreams. The people who experience it will never be the same. While I understand that sometimes there is no alternative, it is always a tragedy.

I'm glad you have had the advantage of knowing such brave men, Warren. Such a wonderful array of characters to pick from to depict in your stories.

Warren, I had two uncles who served in WWII, but I never heard them talk about it. Years later I found Uncle Leonard served in Northern Africa and then in Italy where his best friend was shot and killed next to him. Uncle Zeke parachuted into Normandy in the Normandy invasion. I only found that out several years ago after he'd been dead for a few years. I can't imagine how both of them seemed to put this behind them and always seemed cheerful and were great jokers. My father had two young children and was working in a factory that was making shells for the Army so his job was deemed important and he wasn't called up.

Yesterday, I mentioned how I love reading my daily paper. One of the things it does is feature a Veteran once or twice a week. I think they're slowly running out of WWII Veterans because they're now doing veterans from other wars, too.

Sorry, make that last week about the newspapers. I'm still catching up with being away for almost two weeks.

My dad was sent to Iceland in November 1941, before the US admitted to having troops overseas. He was in the Pacific at the end of the war.
We lived in Boston, and I remember blackouts and preparing for bombing by hiding in the basement. We had a map on the wall with a pin in it where he was. My mother told me I believed he was literally in the pin hole.

My father was a veteran of WWII. He was in England, Belgium and Northern France. He was going to be sent to the Pacific, but he never had to go because the war ended in the Pacific with the bomb over Hiroshima.
My father was grateful that he could return home after five years in the US army. He landed in Normandy, but thankfully was not among those first ones. I asked him about his experiences a little too late. He could not remember that much. Much of what I know is thanks to what my mother asked him when they were young newlyweds. He was born in 1917 and passed away 2006.
It was good to read your post.
Best wishes,
Anna

I had a WWII veteran in my family. He was in Africa with the Army Air Corps serving as a tail gunner. I remember asking about his experiences during the war but he wouldn't talk about it other than to say it should never happen again.

A few years ago I uploaded a photo of him in uniform to the World War II online memorial website.

These are heartwarming memories (from the commenters, too). My Dad and two uncles all served. Dad was on the destroyer USS Nelson, which was torpedoed in half in the Atlantic, losing half the crew, was towed to England for repairs, and then sailed to Gibraltar to lead the convoy of ailing ships back to New York. He told few stories and only told humorous ones. I know the loss of his shipmates - and the fact that he had just left that half of the ship moments earlier - affected his perspective on life. One uncle was an Air Force pilot in the European arena, then later lived with a family in Japan to help with resettlement and restoration efforts after Hiroshima. His wife was an Army nurse - they met when she cared for him in a hospital after being shot down somewhere. The other uncle has said little about his service. I can't recall which branch he was in. He is the only surviving family member from WW II.

The phrase "they don't make them like that any more" keeps coming into my mind. A good friend volunteers with the Honor Flight program, which brings WWII vets to Washington DC to see the WWII Memorial. She said the men (and a few women)don't think they did anything special - they were just doing their duty. I wonder how many young people today think in those terms.

It can be quite challenging to understand how a soldier's mind works, unless you witnessed their way of life and their responsibility to the nation. One has to have a strong and solid mentality, and have courage to face the situations they have to face. That’s why we should honor them for being true patriots and defenders of the country.