Carve Out Time to Read: Best Halloween Books for Kids

Celebrate Halloween! If the kids are on a post-trick or treating sugar high, lure them into a bedtime read along with one of these spooky favorite stories. 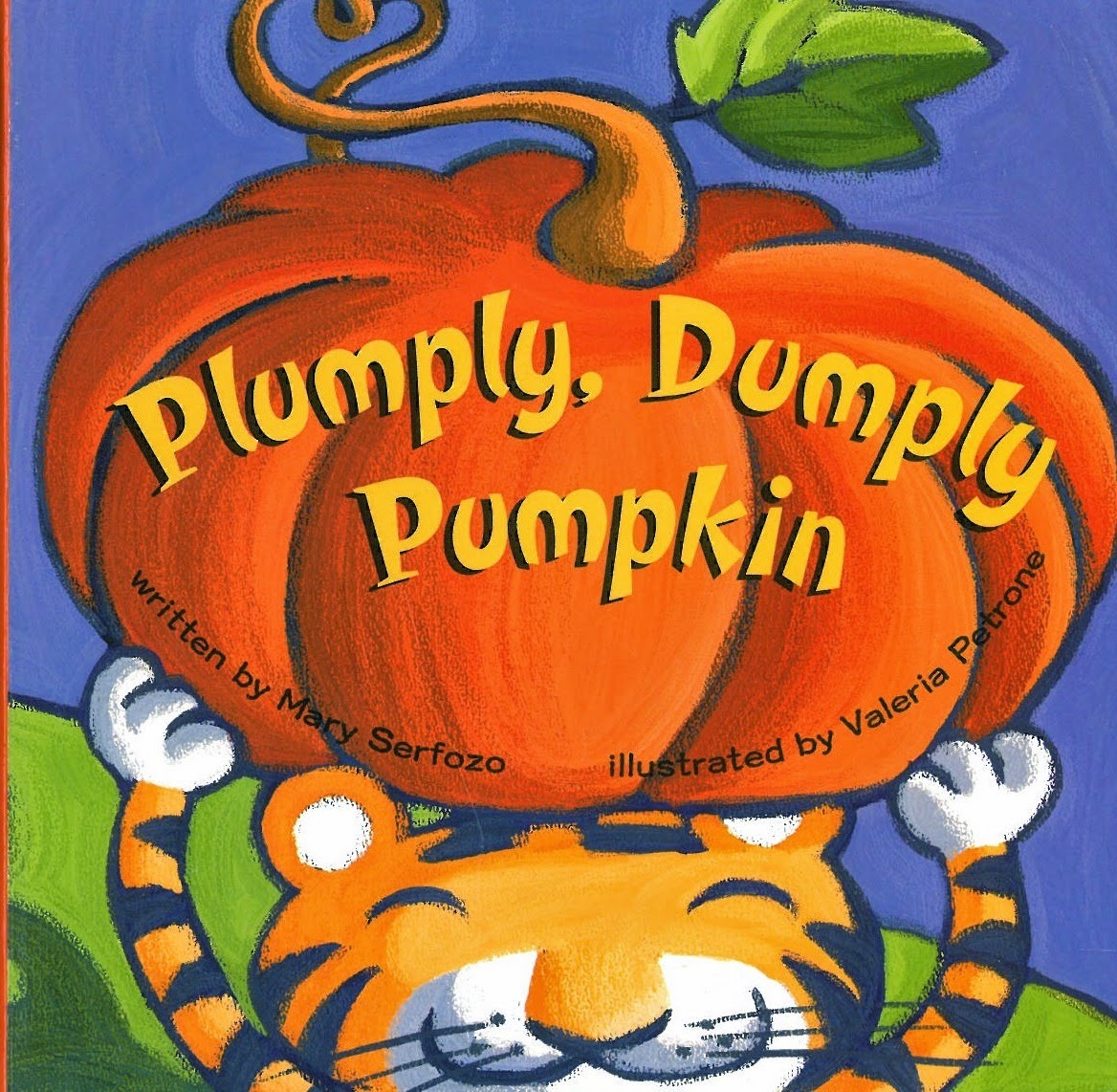 This rhyming charmer casts a spell of fun as Peter the cat carves a winning jack of lantern.

Go Away, Big Green Monster! By Ed Emberley
Emberley’s colorful die cut masterpiece will elicit giggles as kids help “make” the monster with every turn of the page, then make the monster disappear by turning pages to remove his “big yellow eyes” and “purple scraggly hair.” At the end, kids will be empowered and tickled as they tell the Big Green Monster “Go away. And don’t come back! Until I say so.”

The Hallo-wiener by Dav Pilkey 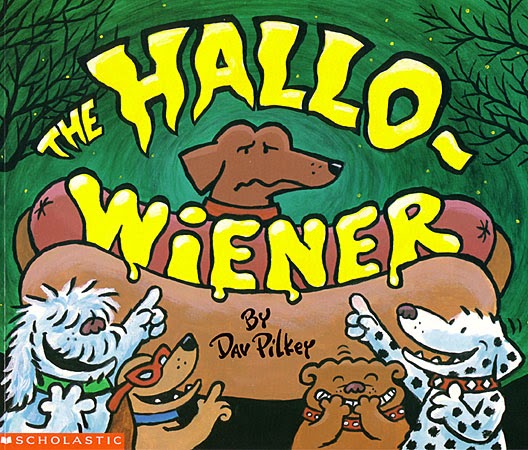 Oscar the “wiener dog” gets no respect. The loveable dachshund longs to be something scary for Halloween, but he returns home from obedience school to find that his mother has already bought his costume – a giant hot dog bun topped with mustard. The neighborhood kids make fun of him, and his costume slows him down so much there’s no candy left by the time he gets to trick or treat. But when the kids are terrorized by a monster, Oscar saves the day. Hilarious puns and sly nods to adults (Oscar’s teacher is reading a book called Dogs Who Hate Fleas and the Fleas that Love Them) make this sheer Halloween fun.

Bunnicula by Deborah and James Howe
A vampire bunny? The Monroe family finds a tiny bunny at a screening of the movie Dracula and takes him home. But the family’s other pets, Chester the cat and Harold the dog, think there’s something odd about the bunny. His pointy fangs. His spots, which make a cape pattern. The white tomato they find – sucked dry of all its juices. Is Bunnicula a vegetarian vampire? Scaredy dog Harold sums up their worries: “Today vegetables. Tomorrow, the world!” This popular series spawned many sequels including the brilliantly titled Howliday Inn and The Celery Stalks at Midnight.

Wiley and Grampa #1: Grampa Vs. Dracula at the Monster Truck

Spectacular by Joe Scroggs
Hilarious deadpan humor shines in this, the first of the Wiley and Grampa Creature Features series.
Grampa promises to take Wiley to the Monster Truck Spectacular. Of course it’s on Halloween. Of course an F5 tornado is bearing down. Of course Grandma doesn’t want them to go until their chores are finished.  And of course the Mudsucker Monster Truck turns out to be a real live vampire vehicle. Unstoppable Grandpa must battle Dracula (who is dressed as what can only be described as a Transylvanian Elvis) while Wiley takes on the terrifying truck. Southern fried wisecracks and puns galore make this a must read. 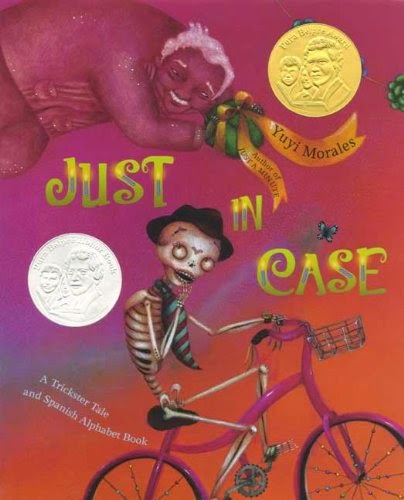 Yuyi Morales’ charming Just In Case: A Trickster Tale and Spanish Alphabet Book is a year round treat. Gullible skeleton Senor Calaveras is tricked into bringing Grandma Beetle not just one gift, but one for every letter of the alphabet. Kids will laugh seeing Zelmiro the ghost fool the not-so-scary skeleton, who is rendered in Morales’ award winning illustrations as a dead but dapper man-about-town. 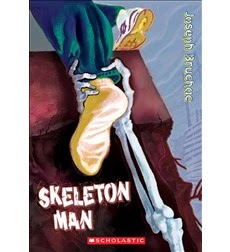 The Skeleton Man by Joseph Bruchac
Beware! Bruchac’s take on this traditional tale is a slow burn scarefest.
When Molly’s parents go missing, Social Services places her with a great-uncle she never knew she had. His bizarre behavior – he locks her in room every night – and appearance remind her of the legend her Native American parents told her of the Skeleton Man, a cannibal spirit who traps humans and fattens them up before he eats them. The adults at Molly’s school think she’s overly imaginative. Can gutsy Molly save herself from the Skeleton Man? This book should come with a warning label: Unputdownable! It’s a bit too gruesome for younger children, and the suspense will keep every reader up well past bedtime.

The Graveyard Book by Neil Gaiman
This Newbery Award winner starts with a truly terrifying scene. A family is murdered by an assassin called “a man named Jack” – everyone except the baby of the family, who has toddled out the front door and into a nearby cemetery. The inhabitants of the cemetery raise the boy they call Bod, for Nobody Owens, and become his family and protectors. But Bod must eventually rejoin the living, and his path inevitably will cross with Jack’s. Magical, heartwarming, and often downright frightening, The Graveyard Book is a modern classic. 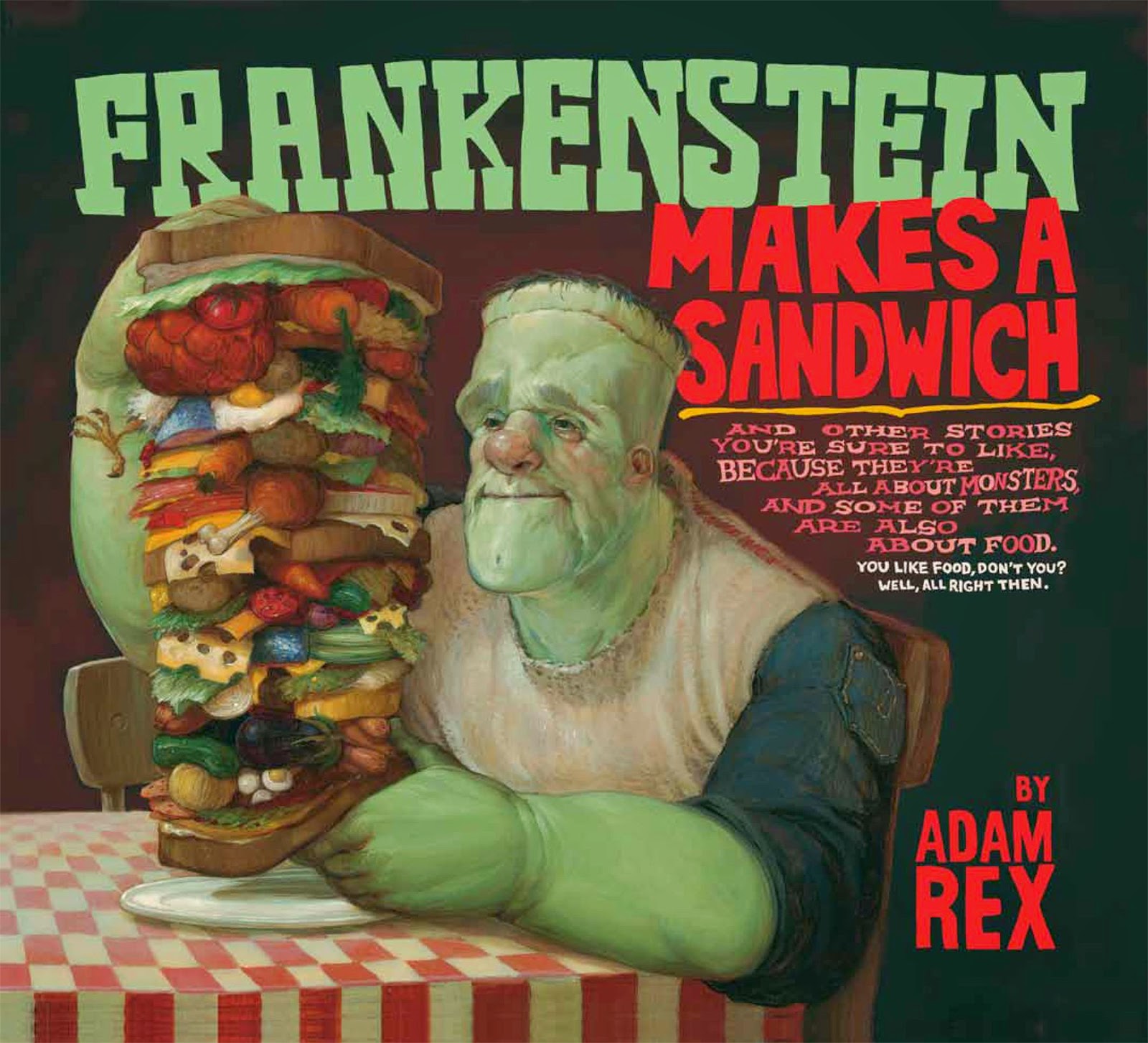 They may be monsters, but they’ve got their problems, too. Rex’s clever and occasionally gross poetic take on monsters from Dracula (who doesn’t know he’s been walking around with spinach in his fangs all night) to the Mummy (who won’t go to his eternal rest without some milk and cookies) will brighten Halloween spirits. A highlight of the book is the poor Phantom of the Opera, who can’t compose any more because he can’t get the world’s most frightening song out of his head:

Do you have a favorite scary book?

I have to admit that I don't have a favorite scary book. The most memorable one--Christine! When it comes to scary, I like it in short doses. Maybe that's why Poe write so many shorts--they work well in that length. My favorite scary short story is "The Lottery" by Shirley Jackson.

Perhaps it was my attitude influencing my kids, but Bunnicula was not a favorite in my house. I remember reading it to my kids. When I picture a bunny there is no way I can summon fear. Floppy ears, fuzzy, soft hair, and a cotton-ball tail. The Easter Bunny left too great of an impression. That maybe why the story works for kids--they aren't too scared by it. As for sucking the juice from vegetables like a vampire--someone should have bought Bunnicula a juicer!

I read and thoroughly enjoyed The Graveyard Book after acquiring it for one of the grandkids.

I liked the Graveyard Book very much.

I remember the Halloween prayer we used to say when we were kids:

From ghoulies and ghosties
And long-leggedy beasties
And things that go bump in the night,
Oh, Lord, deliver us!

I'm from a family of eight kids, and we used to scare the living daylights out of each other with tales of Jack O'Lantern (who used a squash, not a pumpkin) banshees and Bony Fingers.

We were well-versed in ritual prayer, so when we were finally put to bed, we'd recite that prayer over and over in the firm belief that it would protect us. Eventually we'd fall asleep.

E. B., A juicer! Bunnicula was ahead of its time.
"The Lottery" is just unforgettable, isn't it? I just stumbled upon Joyce Carol Oates' "Where Are You Going, Where Have You Been?" and wish I hadn't. It's probably one of the more disturbing short stories ever.

Jim and Warren, glad to see other fans of The Graveyard Book here. When Gaiman is on (which is mainly is) that man can do no wrong.

KM, I'm filing that prayer away. It might come in handy on Halloween.

Shari, one of the things I miss the most about not teaching anymore is reading to kids. One year I read Bunnicula to them, but only once since I had so many other chapter books I was reading to them that I liked better. However, with picture books at Halloween time a few I still have were "In the Haunted House" by Eve Bunting, "The Taailypo" a ghost story by Joanna Galdone, "The Ghost-Eye Tree" by Bill Martin, Jr. and John Archambault, and one of my favorites, a book of spooky and funny poems called "Monster Museum" by Marilyn Singer.

I think it takes a very special person to write creative books with a good message for kids. I put The Graveyard Book on my TBR list.

Oh, Gloria, The Monster Museum! I knew I forgot one!
That's a treat. Would you please share some of your favorite read aloud chapter books in a future post?

Kara, you won't regret reading The Graveyard Book. It reminds me a bit of Dickens - it's spooky but it has so much heart.

I absolutely love FRANKENSTEIN MAKES A SANDWICH. I even sent a copy to Forry Ackerman when he was still alive! That book comes off the shelves every year around this time.

Shari, I have thoroughly enjoyed this post. I wasn't familiar with any of these books, so I headed off to purchase a few as Halloween reads. I know a family that will receive the Hallowiener after I've read it. Thanks so much!

Diana, that's one of my favorites! Was Forry Ackerman the sci fi fan? i hope he liked it. I've got to get my hands on the follow up, Frankenstein Takes The Cake.Have you read it?

Paula, I hope your friends enjoy the book. The Hallowiener really appeals to my inner 8-year-old boy.