Am I an Intellectual Snob?

For the fun of it I picked up a book called The Intellectual's Check List by Richard J. Wallace and James V. Wallace. I have always considered myself to be an intellectual. I come from a long line of well educated inventors and clergy and have written and published some fiction. I have an advanced degree. I own way too many books.

I fully expected to make a bad showing in this quiz, and sure enough I did. Not because I am dumb, or because I am not well read, but because of the bias in the questions. There were five pages on Darwin and not a word on Melville. You have to get all the sections of a question right in order to score, so while I have seen four of the five Fred Zimmerman movies, I get Zero Points for missing only one fifth of the question.

The first strike against me was that I am not well traveled enough to score high. I isn’t enough to be able to identify photos, you have to have been there. I have never visited the Hermitage, or LaScala, or even the Quadracci Pavilion in Milwaukee. Zero points.

I may know a lot about some subject, but not the specific things asked. I can quote half of the Love Song of J. Alfred Prufrock from memory with a fake British accent, but I didn't know that it was part of the Modernist movement, or the year of its publication. Zero Points.

There were lots of things the book thought I should know or do that I never felt the need to do, visit or read. I don't own a single jazz album, though I do listen to the local jazz station from time to time. The only presidential memoirs I have read are by U.S. Grant, and I have no desire to read any other. I do not now nor ever will subscribe to The Paris Review or Tin House. Actually I never even heard of them. Zero Points.

Sometimes I scored high. I do subscribe to a daily paper, visit the library and support my local schools. I could identify the authors of The Scarlet Letter, Walden, Ethan Frome, Little Women, The Jungle, and Portrait of a Lady. I have visited all the listed Boston museums except one. Oops, Zero Points for the Boston Museums. 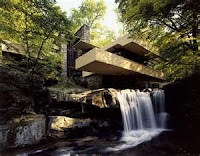 The book accomplished what I had expected. It lightened a glum day and I got some great suggestions for areas to explore. Some I had never heard of before. I have several more useless facts on my dusty memory shelves. I had fun with it, once I stopped scoring my answers.

The web makes a difference in my life. I may not have been to the Louvre but I can see most of its art by poking a few buttons. I have never been to the Sidney Opera House or Falling Water but I can recognize them in a photograph.

Did I mention that I didn't buy this book at my local independent bookstore, or even at one of the chains or on line? I got it while grocery shopping at BJs. How low brow can you get?

In spite of my dismal scores, I still consider myself an intellectual.

I love this post, KB. I think you'd find yourself with lots of company, given the examples you posted. We all have different expertise, and those questions require a lifetime of exploration. I'd surely fail, but I couldn't resist reading and responding to a post that had a picture of the extraordinary Falling Water.

The book sounds snobbish and set up to give low scores. Years ago an author developed an intelligence test based on American Black culture to show bias in standardized testing based on the majority culture. I bet I could construct a test the authors would flunk.

As well you should, KB. I agree with Warren. Books like that are published with the intention of making most of us feel stupid. Most native born Americans who attended American public schools couldn't pass the test most immigrants must pass to become a citizens. All of our experiences lead us in different intellectual paths. Books like the one you mentioned haven't provided random samples of the intellectual universe, so in and of themselves they are bias. You didn't mention anything scientific or technological, which I think shows its lacking.

Unless one had a photographic memory and spent all their time reading and memorizing facts, who could pass such a test. We all have different experiences. I'll bet you could come up with a test that would totally stump that author. I usually did fairly well at Jeopardy - in the days when I watched it - until it came to questions on sports or movie stars, etc.

I liked the picture of Falling Waters. I've visited it twice since its not too far away.

Maybe if we all banded together we could get a good score. I found another book by the same authors called The Lazy Intellectual. I didn't buy it.
In a class on bias in testing I was shown two photos, one of a man sitting reading and one of a man working with tools. The kid was supposed to tell which man was working and which was enjoying some leisrue time. Could go either way.

KB and Warren, actually when the Stanford-Binet IQ test was first designed women of all kinds and African American men scored higher than upper-class white men. They hurriedly redesigned it so that their wealthy fraternity boy subjects would score higher, because, of course, that first result was a sign of failure--women and men of color could never be smarter than white frat boys. That redesigned test is the basis of the test used today.

Also, those designers of that major IQ test were heavily involved in the American eugenics movement, which was responsible for forced sterilizations and many other horrors in this country for many decades and informed the Nazis' own movement. The seed of the concentration camps, unfortunately, came first from America. Read about Kellog, the doctor who founded the cereal company and the American eugenics movement.

The history of intelligence testing is fraught with bias. At one time many immigrant were considered retarded because they did poorly on testing conducted entirely in English. One of the groups labeled intellectually inferior was Jewish people.