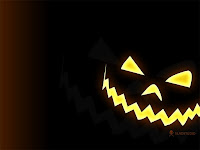 After reading old Halloween tales a week ago, I wanted to read some newly created tales. I went over to Smashwords.com and downloaded free or inexpensive tales to see if they would meet my fancy. Once downloaded and read, I realized that many of the pages at the end of the stories were advertisements for the author’s novels—I’m so naïve—but, depending on the story, it’s great idea. I dropped one story from my list of those to review because the author actually pleaded with readers to forgive his mistakes. What? Here are the results, and there were a few gems.

“Unholy Cow” by John H. Carroll. (Free)
The story contains some enjoyable deadpan humor and repartee among three evil friends who corrupt a little girl. The author doesn’t follow the usually short story format, resulting in an ending without a twist or conclusion.

“Dumb White Husband vs. Halloween” by Benjamin Wallace (.99)
Another title for this piece could have been “National Lampoon’s Halloween Adventure.” It’s a good tale worth reading with a nice twist at the end—more than worth the price.

This volume contains nine tales by nine authors. Most are romance stories, and I have to admit most of them used Halloween as a prop. That’s not to say that the stories were not worthwhile reading, but if you’re looking for spooky tales, this volume won’t provide satisfaction. Most of the writers write well, but the quality varies. Changing tenses seems common in romance stories (as opposed to mystery), and a few of these stories I faulted for that reason. Perhaps, since I’m a mystery reader and writer, that aspect won’t bother romance fans. For me, the following stories were notable: 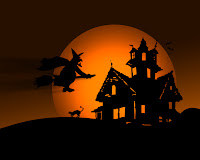 “Love Thy Neighbor: A Halloween Short by L. S. Pierce (Free)
I don’t know of author L. S. Pierce, but she sure can write a good short story. The tale has its twists and an ending that was totally unexpected. Good show!
Posted by E. B. Davis at 6:32 AM

Elaine, thanks for the list. I'm in the process of checking out the many ways of writing an interesting short story. There are writers who think a twist at the end is a gimmick to hide the lack of content in what went before. I don't believe that's always true but then, what is?

Oh no! A gimmick--no--a twist is a classic ending to a story. It doesn't have to be a twist ending, but when the writer sets up a twist, it's always a nice surprise!

Writing a straight story without withholding anything is fine. But, if the writer gives clues that could end in different scenarios, but ends with the unexpected one, it isn't a cheat or a gimmick, it's genius!

Just proves people will complain about anything--even when a story has consistancy and strength--a surprise ending? Maybe they're just mad because they didn't see it coming. Ha!

Thanks Warren, are your shorts at Smashwords.com?

Thanks for asking EB,

My short stories will be published by Untreed Reads, but Im not sure when.

Are they going to e-publish them or is it exclusively a print version? If it isn't e-published, will you get them up on Amazon or Smashwords yourself? If not, why? Sorry, I'm a bit of a bugger tonight! :)