What to Say When There's Nothing to Say

I woke up Monday, blog day, with absolutely nothing to say.

Not a single new idea occurred to me.

Now it is Saturday and I am limping along with the germ of an idea.

Usually I am good at deadlines. I would never finish anything without them. I missed a big one once when I had been contracted to write a text book. I had an outline and heaps of books in a pile, but April first was looming and I wasn’t going to make it. When I sat down to write to my editor and request an extension, I had an email from him saying the company was going out of business and neither the manuscript I had submitted and they had accepted, nor this one would be published. Anybody want a textbook on either the Industrial Revolution or the Westward Expansion?

I missed one other deadline. I had the thing nearly ready to go, and didn’t make it. In this case I could submit the story elsewhere.

So here I am up against a deadline and not a single thing is coming to me. 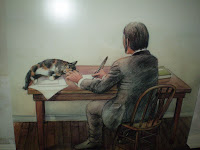 This isn’t writers block because I have had no trouble working on my Christmas story or my other ongoing manuscripts. I put few words on paper but I did a lot of plotting in my head.

There are lots of stories about ministers who find themselves speechless on Sunday morning. The outcome seems to be more honest interaction between minister and congregation once they get over the idea that this will not be a traditional sermon.

One common question that most writers are asked is “Where do your ideas come from?” No one has ever asked me, but I will tell you anyway. I sit down with a blank mind and write a single sentence. Perhaps the sentence occurred to me in the car, or while tending sheep. I work it and rework it in my mind so I won’t forget it before I can write it down. Then I follow that lead wherever it takes me. Sometimes into a dead end. 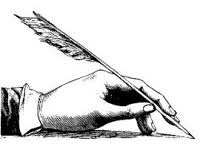 I know that by next week the little grey cells will be up and running again, but for the moment I will have to skip this week’s blog.

Do you think there is a time when a writer simply isn’t a writer for a while?

I think the writer remains a writer but the words for what the writer wants to say haven't arrived in the conscious mind.

Since I an image comes first to me, I have no problem believing I haven't found the right words or any words yet.

Writers are writers, but we can't forget that we are also human. I've had a running contention with those writers who say that a writer has to write everyday. If I would write everyday, I'd write crap. I'm only a partial pantser. My outline comes first, then I put in the intuitive stuff once I know the key points of the scene. So, no, I don't think we can write everyday--it's like seeing forest for the trees. Too much minutia on a daily basis detracts, not adds.

I'm on by 75th blog since WWK started. Believe me, thinking up new blogs is a chore, some are better than others, you just can't obsess about it.

Been there. Done that. Got the T-shirt. I cannot force myself to sleep some nights. Some days I cannot write.
I'm still a sleeper and a writer. just not at that moment.
I do something else for a while and it comes back to me.