Why I Read Short

I was slow to begin reading.

My mother tried to teach me the summer before I started first grade. She was crushed when I didn’t learn. She read fiction and usually had a couple of books going at once.

School was hard, and I didn’t know why. Teachers said it was because I was lazy and didn’t try hard enough. I labored over one paper for hours on several successive days only to find the following written at the bottom: “It is clear you didn’t work very hard on this.”

When I was in third grade, I read a novel all the way to the end for the first time. I was home with mumps, and had plenty of time.

In high school I discovered Sherlock Holmes. I could actually read something in a couple of sittings. I didn’t realize that most of my friends could read it in one sitting. Since then short stories have been my choice of reading. 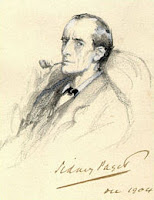 In college I took a course in drama. I love reading plays because it is like watching a movie in my head. Sub-vocalizing helps me hear a dialogue that was written to be heard. It also slowed me down.

I was in graduate school before I learned what the problem was. It used to be called ‘word blindness’ but now it had a tidy scientific name. Dyslexia. 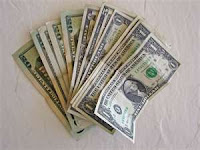 Though I worked for twenty years in public mental health the words “psychiatrist” and “psychologist” or “county” and “country” are the same words. I have to stop and spell them out to distinguish between them.

Thus I am a very slow reader and I am often pulled out of the text to figure out what it says. I almost never become so immersed in what I am reading that I lose my sense of self.

I love to read and almost always have two books going, a fiction and a non fiction. Fiction is easier since I don’t have to make each sentence be meaningful. I can skip over the puzzling ones and they will fall into place later.

I spell poorly, but I have a great vocabulary. A word I can spell with ease one day is simply gone the next. I have to come up with good alternatives when we can’t spell a word. Often I can’t put together enough correct letters to have spell check kick in. Looking something up in the dictionary is impossible.

One day I sat down to work with the word “there.” After several hours I did know how to spell it. Most of the time it says put in my mind but there was a day when it was not there. So how do you write the sentence “There were three of us in the room,” if you can’t spell ‘there’ well enough to engage spell check? “Three of us occupied the room.”

So why does someone like me become a writer? Many writers share this problem. For us words are active, not passive. They don’t stay where you put them, so writing is more of an interaction between author and text than for many writers. Hard won meaning becomes precious.

About the time my daughter was five, first person accounts of the affliction, written by parents of Dyslexics, were popular. One day my daughter left me a note that was totally undecipherable and I realized that my problem had been passed on to her.

But it’s an ill wind that blows nobody good. She says that being told she was stupid and lazy by her teachers has set her up to take in stride all those letters of rejections from agents and editors. Now she has a contract for her first novel.

Thanks for sharing a wonderful description of what it is like to have dyslexia. More power to you as a writer. I'm a fan.

Everyone is a genius. But if you judge a fish on its ability to climb a tree, it will live its whole life believing that it is stupid. – Albert Einstein

I have spelling troubles. My mother always said readers are good spellers--Wrong! I love to read and read well. What she failed to understand is that some of us are auditory learners as opposed to visual learners. When words sound the same, aisle--isle, I'll put them on the page without a thought to which one I actually need because I'm "listening" to the dialogue or narrative in my head.

I'm awed at your ability to overcome the disability and applaud your daughter's success.

Thank you for sharing your experience as a writer and reader. It's great that neither your daughter nor you have given up on the writing for others. You have a unique interaction with words many people don't even think about.

KB, knowing you have to work extra hard to get the words down makes your stories all the more special.