The Psychopathology of Everyday Writing 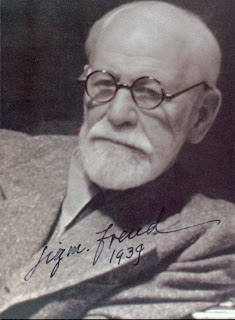 The Psychopathology of Every Day Writing

The rational thing to do would be to quit. I know. I quit writing my novel Abraham Lincoln for the Defense at least a dozen times in the nine years it took to get published. Irrationally, I started again each time. It was published, went out of print and is now available at http://www.smashwords.com/books/view/13700

So what keeps us going? How do we sustain the near-delusion? For me, it was the belief that I was getting better as a writer. In addition to belief I had indicators along the way. I got a few very nice rejection letters from editors who told me how much they liked the work they declined to publish. Although I would have much preferred to hear that the editors didn’t care for my work but were going to publish it anyway.

Another factor was support from others, especially other writers who were going or had gone through the same torment. Groups like Sisters in Crime and their online group Guppies were helpful. My family and friends have always believed in me even when I didn’t believe in myself. My next-door neighbor insisted that I send my manuscript in and promised to nag me if I did not. I knew she would. So I sent it to a publisher who had already turned it down before. The publisher accepted it.

Another way of encouraging myself was to recognize smaller goals leading toward publishing. I set expectation for the number of pages written, then chapters. The first novel I wrote was amazingly crappy but writing 120, 000 words was a real accomplishment. I stuck the floppy disc (remember those?) in a drawer and had a celebration.

Whatever I have accomplished in my life is due more to persistence than any other quality. A writer friend of mine once explained that 90% of publishable quality submissions do not get accepted. That gave me a reasonable yardstick to evaluate my work by. I enjoy getting my work to a level of excellence, although I do not enjoy every second of the process. I take satisfaction in sending off submissions that could be published. That might be the moment I enjoy most in the writing process.

Acceptance of a piece often comes months or years later when I’m not longer intimately involved with the characters. And I’ve been around long enough to know that acceptance does not guarantee publication. Similarly, one publication does not guarantee there will ever be another. Murder Manhattan Style available at http://www.ninthmonthpublishing.com/books.html came together as an idea for a venue that died as I was organizing the book. Having no sane reason to think that a collection of short stories would ever be published, I continued to work on it. It came off the press after only seven years later.

I once heard the comedian, Robin Williams, say being famous gave him an extra thirty seconds in front of an audience before they start booing or walking out if he is not funny. Being able to offer evidence in a bio that you’ve been published might buy you about the same amount of time with an agent reading your synopsis or an editor reading your first paragraph but like Robin Williams you still need to perform quickly.

By the time something of mine reaches publication I’m deeply involved in another effort. It’s like seeing an old friend I have fallen out of touch with.

What keeps you going?

"I would have much preferred to hear that the editors didn’t care for my work but were going to publish it anyway."

Too funny! And too true!

The memory of being published and the enjoyment I experience when writing keeps me going. Some parts of writing and certainly rejections are not fun but that's true of anything I think worth doing.

And you're right, the many writers I've met, famous or unpublished, have added to my desire to keep writing.

As usual, you leave me laughing, Warren. I used to read novels uncritically, which was a lot of fun. Now, problems with books I read stand out like rhinos charging. To me, that means that I'm improving my craft, and getting better at what I do, which also means that I'm closer to my goal of getting a novel published.

I also know that whatever I write also has to have a market--so now when I start to write, it isn't aimless. I'm writing for an audience and that I think is one characteristic of a professional writer.

Knowing that I'm getting closer to achieving my goal is motivation, and I'm not really doing the same thing over and over again expecting a different outcome. When I look at old manuscripts I've written, I know that I've improved, and also laugh at those early efforts.

Great post, Warren, and an excellent point about previous publishing credits earning you maybe, at most, an extra ten seconds for your submission in front of a hyper-critical editor.

One of the things that keeps me going is that magical feeling you get when you discover your work had been accepted for publication...it's almost intoxicating...

Boy, I can sure relate to what you're saying. Writing is very subjective. What I may love someone else may hate.
And rejections--it amazes me that some of the unpublished writers I've read are really good writers. It disappoints me when I read a book that isn't good, yet they are published.

Al, you are so right. I persuade myself when I make a submission that it will be accepted and then I'm surprised and delighted when it is. Crazy, huh?

Submissions are rejected for all kinds of reasons outside a writer's control. i know a wonderful writer who was rejected because the editor was a former nurse. She thought the nurse in the story was not sufficiently kind.

What keeps me going? Hmmmm...I guess it's the way I write. It's almost as if I'm reading a mystery and just have to keep at it to find out what happens. I head off in a planned direction, but where I end up is entirely unpredictable. So, I have to keep writing to find out how my story ends.

My characters are like that too; full of surprises. I never know what they'll do next, but if I presume and get it wrong, they have no problem letting me know about it.