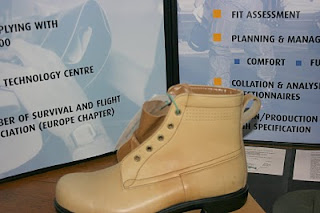 When my friends ask about my writing I usually reply, “I’m always working on something.” At this moment I am not, well except for this blog. Part of being a writer is like pouring raw product into a pipeline. I worked in a boot factory once. I wasn’t very good at it. I did learn about the factory process. While some people cut pieces out of rubber, other people transport the pieces to an assembly line where still others put the various pieces together. Others check to see the assembly is correct, others seal the pieces to make boots, somebody else packs the product and people outside the factory transport them. No doubt others took orders, hired and fired people, kept the books and did other needed activities.


On “the floor” wherever you worked you depended on people earlier in the process to give you what you need for your part of the assembly. Even once I found my best niche (custodian) I was well aware that my mistakes could slow the process and cost the company as well as everyone working there.


Now I am my own assembly line. I just sent off two submissions and I am currently between words. I cannot submit before I identify a possible market. That depends on how the novel/story/essay or whatever turns out. That depends on editing after getting feedback. Before anything is ready for feedback it needs to be sent to my first reader and then extensively revised. But it has to be made ready for my first reader by the constant reviser. He does not get into the picture until the first draft writer finishes providing the raw data known as the first draft. And he has to keep working no matter how much crap he writes and how he shapes it until it fills the mold of a first draft. None of that is possible until the idea has been found by the explorer who wades through the tar pits of my unconscious and wrests the bits and pieces from the muck that might be anything from a saber tooth tiger to a ground sloth. Some pieces come up easily and other fight against removal.
Uh oh, time to clock in. I’m holding myself up. Time to work.

Warren, you write more than anyone I know. To be good at writing, you have to write. Thinking and getting the concept is necessary. But, writing is where the story develops. Like, "you are what you eat", you are what you write.

Oh, Warren, this is great! I love that you're your own assembly line. How true is that. Don't stay between words too long. Writers never rest, you know.

I can't think of writing as an assembly line. But like you I try to write each day, send out new work regularly as well.

Jacqueline Seewald
THE INFERNO COLLECTION
THE DROWNING POOL
coming in May: THE TRUTH SLEUTH

EB, I have to admit that writing is more fun than making boots. As a janitor I never had an emotional high from seeing that I'd swept the floor clean.

Donell, When I rest too long the whole assembly line starts grumbling at me.

Jacqueline, You have the process down pat.

Warren, I'm always amazed at how you come up with such good subject to blog about.
For me, working in a boot factory would bore me. I'd be thinking about the people-what makes them tick. how could they stand to do such mundane work.
I'd rather be writing or thinking of stories.
I do find working at the college interesting because it's people related.
Keep writing--you push me to come up with ideas.

One thing I learned at the factory was how it felt to be barely capable at a job. The other people humored and supported me even though I was a klutz at most positions. Except for sports I was not used to be the worst at anything. It's all grist for the writing mill.

Love the metaphor, Warren. And it's true, the 'I' has to assume different roles to complete the piece. The strange thing is that people do have fun at work because work becomes something beyond the physical assembly line. I worked as an occupational nurse at a GM plant briefly and was amazed at how much pride each person took in his or her part in the whole. Maybe it has something to do with being part of the team as you suggested.
And if Dee wants to be involved with people, there's the clown, the toxic boss, romeo, the daydreamer, etc, and we all have to work together.

It's quite a process, isn't it, Warren? But when the magic takes over, the factory assembly line retreats--EVERYTHING retreats--and then the real work starts...

I'm surprised I did not see you at the factory. Maybe your office was on another floor. I never injured myself enough to need to see the nurse. I met all the people you mentioned and more. One man's ex-wife and his current wife both worked on the same short assembly line. At one point the both rolled around on the floor trying to choke each other to death.

The imagination work is whole other process. I might have to blog about that too.