Sometimes You Can Hear the Universe Sing 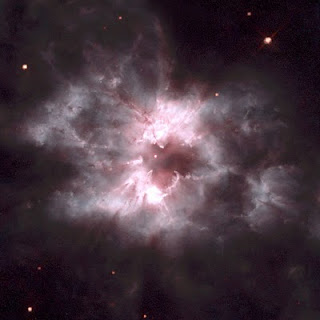 Sometimes You Can Hear the Universe Sing

Don’t worry I know that a giant asteroid could smash into the planet, we’re running out of oil and the sea level is rising. But still, on occasion, the universe’s songs sneak through the static and it’s worth waking up to listen to the music.

I remember attending a conference on a developing theory of psychotherapy when the presenter, with trepidation and caution evident in his voice, presented a modification of his recent work. He said he had come to believe that in every person, however damaged or threatening they might be, there was a spark of desire toward recovery that could not be extinguished.

At this conference we were in a room next to an annual meeting of Presbyterians. As the speaker continued I could hear through the wall the old hymn inspired by great human tragedy — It is well with my soul.

I think it is encouraging that for the last decade or so interest has been rising about a new idea for psychology. You may have heard of it. It’s called forgiveness.

The University of North Carolina has established a covenant promising a debt-free education to any eligible undergraduate student whose family income falls at or below 200% of federal poverty guidelines.

During the recent uprising in Egypt the day after some museums were looted and vandalized university students stood shoulder to shoulder in front of museums and historical sites to protect hem from further damage.

A local casino in Kansas City awarded $15,000 to the employee of the year, a woman whose family lives in Haiti. With tears streaming down her face she told reporters she would send $10,000 to her mother so her mother could rebuild her house destroyed by the earthquake in January of 2010.

The Missouri School for the Deaf has a new mascot. Sparky, a deaf dachshund was trained in sign language by inmates at a correctional institution in the southern part of the state. They offered the dog to the school and the superintendent quickly accepted. Students and the dog communicate through sign. Sparky’s vocabulary is increasing. There is even talk of a possible movie deal.

Of course there’s nothing earth shattering here (except for the asteroid), but it’s like listening to an old vacuum tube radio. After it warms up if you turn the dial slowly and carefully and listen intently sometimes you can hear music.

Warren, I'm reading this at 6 a.m. in Rome on the first free day I've had in weeks. It's raining again, so my plans for photographing a fishing village are out. I'm tired; my body aches. But your post brings tears to my eyes. The last paragraph is poetry. I'm going to have a good day because of it.

The trick is tuning in. Thanks for the message, Warren.

Thanks for giving us in such a poetic way the good news that is pushed aside so often to make way for the bad.

I hope you have a wonderful free day and enjoy the amazing city of Rome.

I agree that the static dominates and it takes time and effort to hear the signal through all the noise.

Let's hope it continues. Attitudes do seem to be changing.
Have you seen the latest, it seems an astroid hitting the Austrian Alps may have been responsible for the 'bombing' of Sodum and Gomorrah?
Patg

Interesting. I had not heard that.

If we all spread words and news and attitudes like this one, Warren, I have a feeling the universe would sing even more frequently...

You're right! I also think it sings frequently but we get too busy to hear it.

What a lovely post, Warren! I didn't know about a new movement oh psychotherapy toward forgiveness. There's hope, eh?