When writers start to plot a novel, they contemplate characters given a certain situation and then ask themselves, what if? My husband and I have a certain on-going situation, and I’ve entered the paranoid zone. He enters the hospital in two weeks for two days of back surgery. His hospital stay length is estimated at a week. I’ve started to ask myself the what if questions. Having read a few “murder in the hospital” novels and being a mystery writer, my natural mental proclivity is to wander to the dark side. I’m sure the health care staff is professional, BUT WHAT IF, 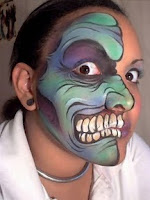 The surgeon has a screw loose. Brilliant people are often characterized in novels as over-the-top. He seems forthright, experienced, and knowledgeable. His reputation is stellar. But what if for some reason, he doesn’t like my husband or me? Maybe he’s prejudice, and we’re too blond, blue eyed, white or middle class. Maybe he hates building contractors (my husband’s profession). Maybe some building contractor did him dirt ten years ago and he’s waited all this time to enact his revenge. Yes, of course, all of this is paranoid musings, but perhaps I remind him of his ex who took the kids, his bank account, and his mother loved her better than him. My nefarious imagination can’t really compete with reality, which is that no matter how experienced, competent, and sterling his reputation, surgical mistakes happen, not often, but...and what about the surgical assistants?

The anesthesiologist is evil.

The nursing staff is overworked. Like postal workers, one might go off on a shooting spree. (My daughter attends VA Tech, so don’t scoff at the idea.) What if a nurse is supposed to be assigned seven patients and my husband is her ninth. One over her regular load maybe acceptable, but two? Easily remediated by attaching the wrong meds to an IV. Although he won’t be eating much, deadly substances can be put in food too.

The orderly on his floor belongs to the lunatic fringe. He believes overpopulation is a global problem and anyone sickly and over fifty must die. He belongs to a religion that doesn’t like Christians, and he’s found out my husband is a church trustee. My husband hired him as a laborer fifteen years ago and didn’t like him. He is just plain stupid, so he retrieves used IVs from the bio waste container thinking that recycling will save a buck. He rinses them first in ammonia. 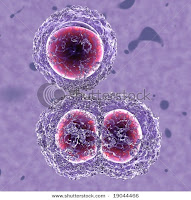 I know that none of these scenarios will happen. If there is any enemy at the hospital, it is HAIs, hospital acquired infections, which are spread mainly through hand contact. The most deadly HIA is MRSA, an HAI that is an antibiotic resistant staph infection. I’ll watch the medical staff handling my husband to see if they put on fresh gloves when tending to him. While others may bring my husband well-wishes, flowers and magazines to comfort him, I’ll bring a spray bottle of Clorox Clean-Up, gloves, and wipes. Cleaning his hospital room may be the most life giving chore I can do, and it will give me something productive to do while he recovers.
Posted by E. B. Davis at 12:35 AM

Just think about all the material for writing that you will be accumulating during the time your husband will be in treatment and then in recovery. Take notes so you can recall the emotion later.

And best wishes for a full recovery for both of you.

I think you're right that bacteria are the biggest realistic threat to your husband. The most common way for super bugs to spread in hospitals is through the unwashed hands of doctors or nurses. If you don't see a person caring for your husband wash his/her hands, there's nothing wrong with asking them, did you wash your hands? If they are professional,they'll recognize that you're advocating for a loved one and know that unwashed hands are a source of infection.

My brother, healthy all his life, almost died from a super bug and it's taken him a whole lot longer to recover from surgery than it would have done if he hadn't had an infection.

I hope your husband has a speedy recovery.